Miley Ray Cyrus, born Destiny Hope Cyrus, is an American singer, songwriter, and actress. Miley is renowned for her unique raspy voice. Her music features elements of musical styles and genres, including pop, rock, country pop, hip Hop, and experimental. She has garnered 13 top 5 albums on the Billboard 200, the most in the 21st century by a female artist. She is also one of the most influential female artists of all time. 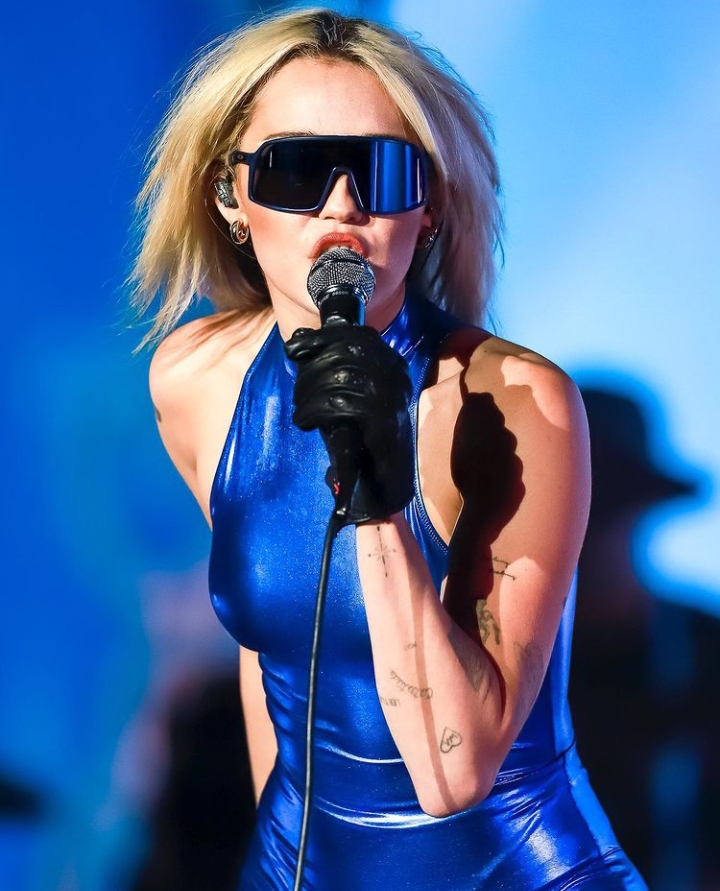 According to Celebrity Net Worth, Miley Cyrus has an estimated net worth of about $160 million. Miley has made her money working as an actress on several hit shows and movies, including Hannah Montana, which she is most famous for. She has also gained a major part of her income from releasing hit songs and albums and as a philanthropist.

Miley Cyrus is best known for starring Hannah Montana in the hit TV show of the same name. From 2003 to 2021, Miley starred in 13 movies. They include;

Miley Cyrus is the daughter of Tish and Billy Ray Cyrus. Her parents named her Destiny Hope because she was born with Supraventricular tachycardia (a condition causing an abnormal resting heart rate). Her parents named her Destiny Hope believing she would accomplish great things. They nicknamed her “Smiley” and later shorted it to “Miley” because she smiled a lot as an infant. She later changed her name to Miley Ray Cyrus (her middle name honors her grandfather, Democratic politician Ronald Ray Cyrus). Her parents secretly got married a year after her birth (against the advice of her father’s record company).

Miley Cyrus’s parents have been together for three decades and have filed for divorce three times, the third time being in early 2022. They have not lived together since February 2020.

Miley’s dad Billy Ray Cyrus is an American country singer and actor. Since his emergence in 1992, Cyrus has released 16 studio albums and 53 singles. He is known for the hit single “Achy Breaky Heart.” It topped the US Hot Country Songs and because the first song to achieve triple platinum status in Australia. It became the best-selling single in the country in 1992. Due song’s music video boosted the popularity of the line dance.

Miley’s mom Tish Cyrus is an American actress and producer. She is the manager of her daughter and has produced the films “The Last Song,” “LOL,” and “So Undercover.”

Miley’s sister, Noah Cyrus, was born in January 2000. She is a Grammy-nominated singer, songwriter, and actress. Noah had minor roles in the hit show Hannah Montana and DOC. Miley’s half-sister Brandi is her mother’s first child from her previous relationships before she met her father, Billy.

Miley Cyrus is rumored to be in a relationship with musician Maxx Morando. E-News reported in April 2022 that the couple was spotted kissing in West Hollywood. Rumors about them dating first began in November 2021 when they were spotted cozying up to each other in the front row of the Gucci Love Parade runway show. He supported Miley by attending her “Miley’s New Year’s Eve Party” in Miami, an NBC event she co-hosted with Pete Davidson. In February 2022, the couple took a trip to Cabo San Lucas together. A source confirmed the relationship to E! in January, saying, “They are both artistic and creative, so they bond over being musicians.”

Miley dated singer and actor Nick Jonas in 2006. She dated model Justin Gaston in 2008. In 2009, she began dating actor Liam Hemsworth on and off. During their breakup, she was romantically linked to Lucas Till and Josh Bowman. She also dated Patrick Schwarzenegger and model Stella Maxwell. Hemsworth and Cyrus got engaged in 2012 and called it off in 2013. They married in November 2018. Miley felt that her marriage ” [redefined] what it looks like for someone that’s a queer person like [herself] to be in a hetero relationship.” The couple separated in August 2019. Hemsworth filed for divorce, and it was finalized in January 2020. Later in 2019, Miley dated Kaitlynn Carter and Cody Simpson. Her hit song “Midnight Sun” was inspired by breakups with Hemsworth, Carter, and Simpson.

No. Miley and Dolly Parton are not related. Dolly is Miley’s godmother. She told ABC, “I’m her honorary godmother. I’ve known her since she was a baby. Her father is a friend of mine. And when she was born, he said, ‘You just have to be her godmother,’ and I said, ‘I accept.’ We never did do a big ceremony, but I’m so proud of her, love her, and she’s just like one of my own.”

Miley Cyrus and Selena Gomez were friends when they were at Disney. Selena shared the advice Miley gave her “Just be yourself and have fun.”

Offset, Miley and Emily struggled to be friends. Miley revealed this in her autobiography “Miles To Go.” She wrote, “Emily and I tried to be friends, we did, but it always ended in a fight. Our characters got along so well. Why couldn’t we act the same in real life?” In 2020, Osment posted a photo of the former cast proving that they had all become friends again.

Yes. Miley Cyrus and Taylor Swift are friends. Miley spoke about their friendship in an interview with CBS saying that they even wanted to perform together. She said, “Our personalities are opposites, so it works,”

Miley Cyrus and Liam Hemsworth are currently divorced. They got married in 2018 and divorced in 2020. Hemsworth was part of the inspiration for her hit “Midnight Sun.”

Miley’s parents, Billy and Tish Cyrus have filed for divorce three times, the third time being in April 2022.

Miley Cyrus is not related to Avery Cyrus. Actually, Avery’s last name is Blanchard and not Cyrus.

Miley Cyrus’ parents filed for divorce a third time in April 2022. In a statement to People, they said, “We will always be family and look forward to a continued and loving shared experience as friends and parents. We have not come to this decision lightly or quickly, but with so much going on in the world, we wanted to provide some clarity and closure, so we can remain focused on what is important.”

Miley and Jason Earles have had a good relationship on and off set. Earles stated that Miley was pretty awesome and a joy to be around. It seems the cast has kept in touch over the years.

Can Miley Cyrus play the piano?

Yes. Miley Cyrus can play the Piano. She had to brush up her skills when she starred in “The Last Song.” She said learning the piano was always a bit of a challenge. But she loved the challenge.

Yes. Miley Cyrus can sing. She got famous for playing the lead character in Hannah Montana. She has been making music since the series ended.

Yes. Miley has got moves. And she knows exactly when to bust those moves and how.

Did Miley Cyrus have a baby?

No. Miley Cyrus has never been pregnant. She does not have any children.

Did Miley Cyrus change her name?

Did Miley Cyrus get married?

Yes. Miley Cyrus got married to Liam Hemsworth in 2018. The couple announced their separation in 2019. Their divorce was finalized in 2020. Miley called their marriage a “fucking disaster.”

Did Miley Cyrus' mom pass away?

No. Miley did not date Blake Shelton.

No. Miley Cyrus did not date Pete Davidson. They have only gone out as close friends.

No. Miley Cyrus did not date Justin Bieber. They are close friends.

Did Miley Cyrus go to college?

No. Miley Cyrus did not finish high school. She once revealed that she regrets it.

Did Miley Cyrus write the climb?

No. Jessi Alexander and Jon Mabe wrote the Climb.

Yes. Miley and Liam dated on and off for ten years before marrying in 2018 and divorced in 2020.;

Does Miley Cyrus have a sister?

Yes. Miley has two sisters (including one half-sister).

How many siblings does Miley Cyrus have?

What does Miley Cyrus siblings do?

A few of Miley Cyrus’s siblings are entertainers. They are singers, songwriters, and actors.

What do Miley Cyrus fans call themselves?

Does Miley Cyrus have kids?

No. Miley Cyrus does not have any kids.

Does Miley Cyrus have a boyfriend?

Does Miley Cyrus have cancer?

No. Miley Cyrus does not have cancer.

Tags
Miley Cyrus
John Ogba-Ifeakanwa Follow on Twitter August 18, 2022Last Updated: August 18, 2022
Back to top button
Close
We use cookies on our website to give you the most relevant experience by remembering your preferences and repeat visits. By clicking “Accept”, you consent to the use of ALL the cookies. In case of sale of your personal information, you may opt out by using the link .
Cookie settingsACCEPT
Manage consent