Care for some “game”? Well, 2 Chainz offers just that with a new single titled “Million Dollars Worth Of Game,” which you can stream here and now.

It’s a good start to the new year for the rapper who had an awesome 2021 and ended up appreciating members of his team by each of them a Rolex – 13 in all.

From the sound of things, the game has only just begun for 2 Chainz and he can’t wait to best his previous year. And if one were to use the song in review as a metric for what will follow later this year, then one can say that fans should expect more lyrical winners from the songster.

2 Chainz and 42 Dugg are no serial collaborators, but they hit it off on “Million Dollars Worth Of Game,” filling the soul of the listener with a fierce desire to see them work together again.

If “Million Dollars Worth Of Game” were to be, well, game, we wouldn’t be surprised to see many people out there “rushing” it. It is that potent. So you can’t possibly be out of place to not only savor this number but to take it with you wherever you go. Let the music begin.

Tags
2 Chainz 42 Dugg
John Anusie Follow on Twitter January 7, 2022Last Updated: March 31, 2022
Check Also
Close
Back to top button
Close
We use cookies on our website to give you the most relevant experience by remembering your preferences and repeat visits. By clicking “Accept”, you consent to the use of ALL the cookies. In case of sale of your personal information, you may opt out by using the link .
Cookie settingsACCEPT
Manage consent 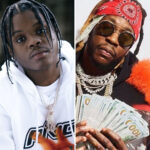