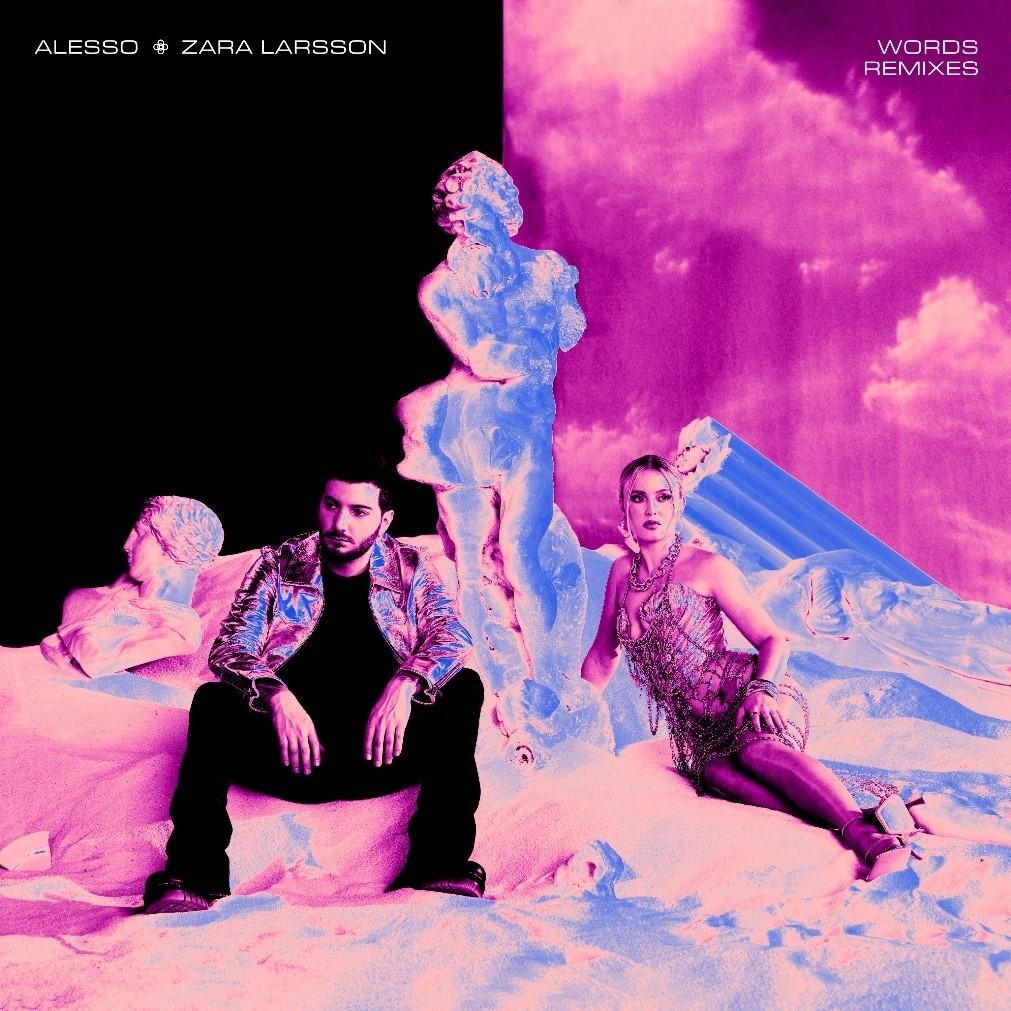 The blazing EP boasts track reimaginings from Chapter & Verse, Sentinel, Arodes, and Majestic, plus Alesso’s very own VIP remix. The Swedish duo performed “Words” together for the first time at the recent Creamfields festival in the UK. Watch HERE:

Building on the original version of “Words” — a dreamy, progressive house anthem about being afraid to say “I love you” — Alesso’s chosen remixers showcase a variety of styles and sounds. Beyond the previously released Majestic and VIP mixes, UK DJ Chapter & Verse picks up the groove with a bumping tech house take, while Spanish producer Arodes goes for a marathonic house vibe with layers of mellow, sultry percussion. Australian trio Sentinel then get delightfully weird with distorted synths and hard-hitting hooks.

The “Words” remix package follows Alesso’s recent single “In My Feelings,” a seductive yet brooding collaboration with Deniz Koyu. This year, he also released the Sentinel-assisted progressive house anthem “Only You” and “Dark,” a moody and kinetic piece handcrafted for THE BATMAN.

Meanwhile “Words” has already amassed over 135 million streams, charted in over 17 countries, and hit number 1 on U.S. dance radio marking back-to-back number 1s for Alesso following “When I’m Gone.” Recently “Words” debuted on Spotify’s Global 200 chart. Billboard crowned “Words” as the lead song for their “10 New Pop Songs To Get You Through The Week” roundup, ET hailed it one to have on “heavy rotation” and V Magazine called it a “song that is sure to be played at clubs everywhere this summer.” “Words” dropped months after the GRAMMY®-nominated visionary teamed up with Katy Perry for “When I’m Gone,” an irresistibly explosive track that saw him make his Saturday Night Live debut.

Outside of the studio, Alesso is deep into a new multi-year residency at TAO Las Vegas while joining Bad Bunny’s World’s Hottest Tour across multiple North American dates.

See all dates below.

Tags
Alesso Zara Larsson
Ayodeji Ibrahim Lateef Follow on Twitter September 9, 2022Last Updated: September 9, 2022
Check Also
Close
Back to top button
Close
We use cookies on our website to give you the most relevant experience by remembering your preferences and repeat visits. By clicking “Accept”, you consent to the use of ALL the cookies. In case of sale of your personal information, you may opt out by using the link .
Cookie settingsACCEPT
Manage consent