Over the decades, Ashanti has stayed relevant in entertainment, as she swerved lanes from being Murder Inc.’s go-to hit-maker to the big screen to the broadway stage. In addition, she has also been making some big business moves which include her recent involvement with Web3, alongside delving into film production, earning her Hollywood’s recognition.

It’s been confirmed that Ashanti will officially be receiving her placement on the Hollywood Walk of Fame come next week. The R&B icon lost no time to express her enthusiasm on social media by posting a screenshot of the news on her Instagram page.

“Speechless. Humbled. Honored. Grateful. Thank you guys sooooooo much!!!!!!!!!!!!!!!!!!!!!!!!!!!! April 7th!!!!!!!!!!!!,” Ashanti wrote. According to reports, her longtime friend and collaborator, Ja Rule, will be making a speech at the ceremony, alongside Martin icon, Tichina Arnold. Hollywood Walk of Fame producer, Ana Martinez, issued a statement about Ashanti’s recognition for her industry accomplishments.

“Ashanti is an award-winning singer, author, actress, and executive producer,” Martinez said. “She has proven her talent in many different Hollywood industries and is an example for young girls who want to be in the ‘biz.’”

With all the chaos raging in the industry, some good news every once in a while is indeed a blessing.

Tags
Ashanti
Ikedichim Chibundu Follow on Twitter March 31, 2022Last Updated: March 31, 2022
Check Also
Close
Back to top button
Close
We use cookies on our website to give you the most relevant experience by remembering your preferences and repeat visits. By clicking “Accept”, you consent to the use of ALL the cookies. In case of sale of your personal information, you may opt out by using the link .
Cookie settingsACCEPT
Manage consent 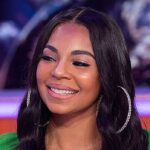 Ashanti To Receive A Star, Next Week, On The Hollywood’s Walk Of Fame