Seyi Vibez used prayer recordings from a specific clergyman who released the footage on the social media app Tik Tok on Thursday, December 29, 2022, in a post that was reposted on Twitter by a person with the handle @dammieadammie35. The cleric claims that he recorded the prayers that are heard in the first few seconds of the song “Kun Faya Kun” on Seyi Vibez’s most recent album, “Billion Dollar Baby,” which is available in the album’s deluxe edition.

The prayer on the audio, most of which borders on luck and a flight of fancy to the point where it’s laughable, prayed for a variety of financial blessings.

Alfa calls out Seyi Vibez for not tagging him after using his content as part of the intro for one of his tracks pic.twitter.com/wGWyaXAuAr

Seyi Vibez, like many Nigerian musicians, neglected to give credit to any of the producers on the album. Additionally, he used a sample of the classic hit song “Eji Owuru” by Shola Allyson, which he apparently forgot to clear and had to take out of the final cut when it was remastered. Who knows if Seyi Vibez will render any apology and give credit to the offended cleric?

The cleric’s intentions regarding legal action against the quickly gaining Street-pop sensation are still unknown. This follows the recent release of Seyi’s deluxe edition of “Billion Dollar Baby.”

Tags
Seyi Vibez
Ikedichim Chibundu Follow on Twitter December 30, 2022Last Updated: December 30, 2022
Check Also
Close
Back to top button
Close
We use cookies on our website to give you the most relevant experience by remembering your preferences and repeat visits. By clicking “Accept”, you consent to the use of ALL the cookies. In case of sale of your personal information, you may opt out by using the link .
Cookie settingsACCEPT
Manage consent 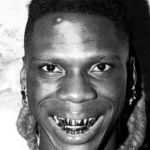