The young lady was rushing to go interview Burna Boy when she spotted him, according to the screenshot posted on the page of Daddy Freeze, but the young journalist tripped and broke her expensive $2000 camera. 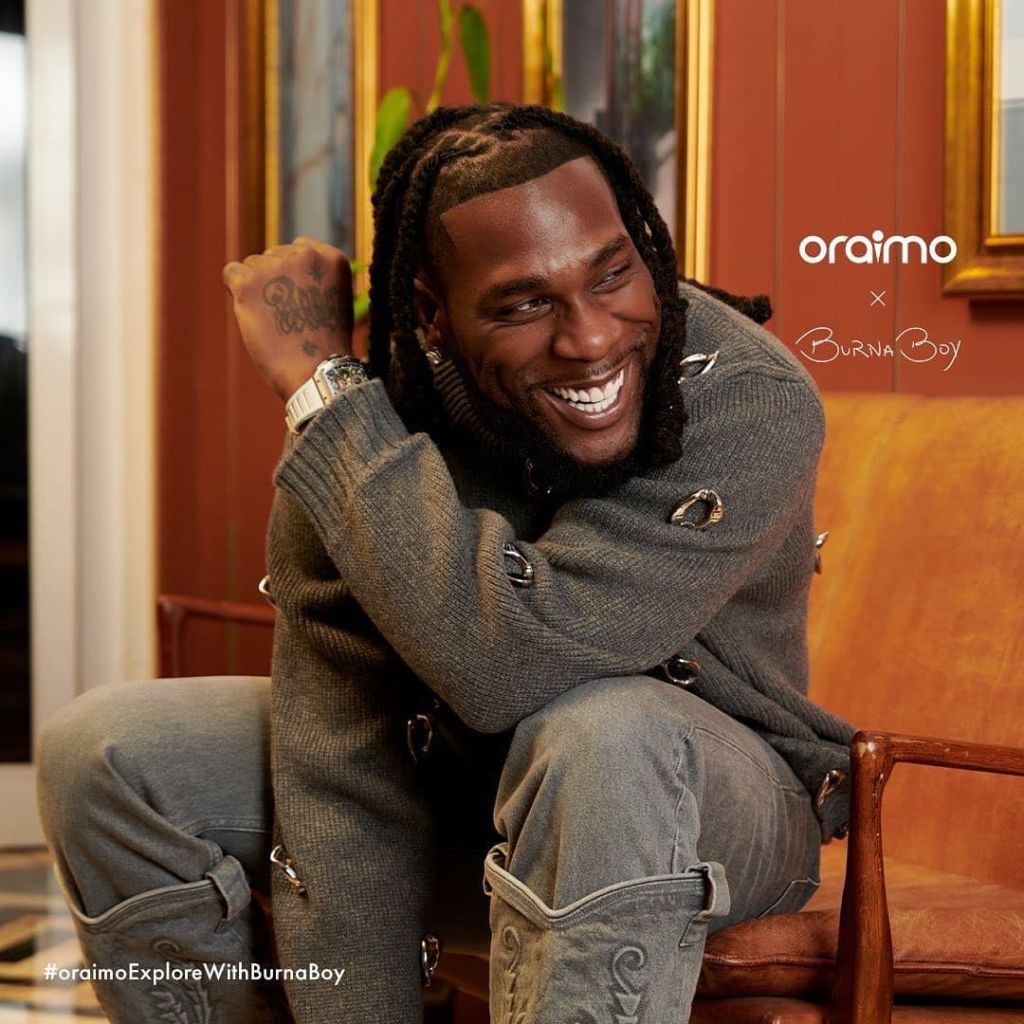 Burna Boy reportedly requested his accountant to obtain the young journalist’s account information after noticing the damaged camera and then paid for it.

“While in Paris today a young journalist on internship mistakenly smashed her ‘Panasonic GH6’ camera worth over $2000 while rushing to interview Burna Boy.

Media personality Daddy Freeze expressed surprise at the news, stating that people in Nigeria are only interested in criticizing the artist.

He stated in his reaction saying , ” “How come Nigerians won’t carry this story? Na to bash our own we sabi.” 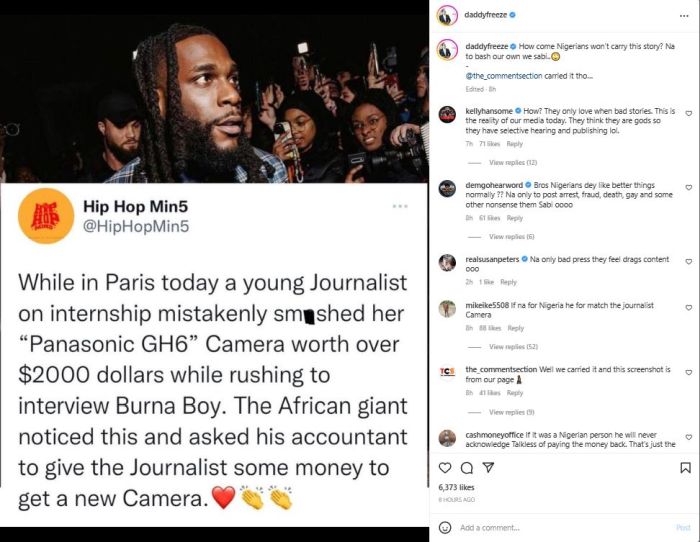 Burna Boy received a nomination for Best International Artist in the Brits Awards. Fireboy DML was recognized for his remix of Ed Sheeran’s “Peru” in the International Song of the Year category.

Tags
Burna Boy Daddy Freeze
Ebuka NwachukwuJanuary 24, 2023Last Updated: January 24, 2023
Check Also
Close
Back to top button
Close
We use cookies on our website to give you the most relevant experience by remembering your preferences and repeat visits. By clicking “Accept”, you consent to the use of ALL the cookies. In case of sale of your personal information, you may opt out by using the link .
Cookie settingsACCEPT
Manage consent 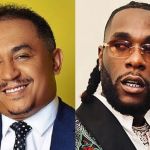