According to media personality Daddy Freeze, embattled musician Brymo has come under fire for his anti-Igbo comments. Before Freeze’s comments, Brymo made trouble by criticizing the Igbo ethnic group in several ways. He has since maintained his position on the contentious topic. Many have since signed petitions against him in response to the criticism his post caused.

Daddy Freeze, who still loves and respects him despite many people cutting ties with the musician, weighed in on the situation and gave him some counsel. Daddy Freeze emphasized that he respects Brymo and would not want him to lose that respect by acting disrespectfully. Although he acknowledged that the musician has a right to his views, he said that his statement constituted hate speech rather than just an opinion.

The divisive media figure encouraged the musician to sincerely apologize to the religious community since his harsh statements incited hatred.

“Dear Brymo, I respect you. Don’t throw that respect down the drain. I know you have the right to an opinion. However, this isn’t an opinion, this is ‘H8’ speech and will cost you your fans and followers. I would recommend an apology to the Igbos,” advised the media personality.

The artist has come under intense scrutiny for saying that the movement for Biafra would make an Igbo president nothing more than a “pipe dream.” However, after receiving criticism from other celebrities and fans, Brymo stuck to his convictions and said he wasn’t sorry for his remarks labeled “anti-Igbo.”

Tags
Brymo Daddy Freeze
Ikedichim Chibundu Follow on Twitter January 12, 2023Last Updated: January 12, 2023
Check Also
Close
Back to top button
Close
We use cookies on our website to give you the most relevant experience by remembering your preferences and repeat visits. By clicking “Accept”, you consent to the use of ALL the cookies. In case of sale of your personal information, you may opt out by using the link .
Cookie settingsACCEPT
Manage consent 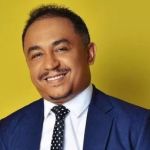