Due to “production delays,” Drake has once again moved forward his Apollo Theater performances in New York City to January 21 and 22. The performances, which would have marked the debut of his most recent album, “Her Loss,” had been scheduled for December 6 and 7.

In honor of Takeoff’s burial, which took place the same day in Atlanta, Drake rescheduled his performance at the venerable Harlem theater. The performance will be the most recent in a long line of unique, private events hosted by SiriusXM at the Apollo. Artists frequently perform personalized sets tailored to ardent fans at these events, which were previously hosted by acts like U2 and Lady Gaga.

“These upcoming shows for SiriusXM are so incredibly special for us,” Drake, SiriusXM and Sound 42 said in a joint statement. “If you are going to play the world famous Apollo Theater, it has to be a world class production. We as a team have been working around the clock not just putting together a concert but an experience our fans deserve.”

The statement went on to say that the choice to alter the date once more came about “after many difficult meetings and conversations.” The groups determined that “the necessary time for the work to be completed” would need to be given. A “legendary show” will be brought to the legendary stage, the statement continued, thanking Apollo Theatre for their flexibility.

Drake has not yet made any official announcements on social media, but the webpage listed in his Instagram bio contained the following text: “The Drake at the Apollo shows previously scheduled on December 6 and December 7, 2022 will now be held on January 21 and January 22, 2023.”

The decision to postpone the Apollo Theater performance until late January was made only a few days after Spotify reported that Drake had once again, two years in a row, surpassed all other artists on the platform in terms of streaming numbers.

Tags
Drake
Ikedichim Chibundu Follow on Twitter December 3, 2022Last Updated: December 3, 2022
Back to top button
Close
We use cookies on our website to give you the most relevant experience by remembering your preferences and repeat visits. By clicking “Accept”, you consent to the use of ALL the cookies. In case of sale of your personal information, you may opt out by using the link .
Cookie settingsACCEPT
Manage consent 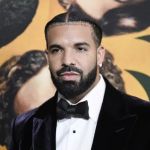