Fivio Foreign has just unveiled the cover artwork for his highly-anticipated B.I.B.L.E album, which also happens to be his debút.

Following the Brooklyn rapper’s release from jail in July last year, he has been on a roll, upping his game and making major career moves. His “First Day Home” on Funk Flex’s show proved that he indeed put in work to elevate his bars during his time behind bars. This he showed the world on Kanye West’s “Off The Grid.”

The collab with Ye on his Donda project marked the beginning of a solid working relationship with the rap mogul who will also be executive-producing Fivio’s debut album.

Fivio’s upcoming debút album, B.I.B.L.E is slated for release on the 8th of April after facing a slight delay. On Tuesday morning, March 29th, the rapper went on IG to share the official cover art for the new project with a caption that had a message to his fans.

“It’s a Blessing to announce my 1st Album on my birthday,” he wrote. “The love y’all show me mean so much to me. LMK who y’all think is on this album. April 8 we gon shake up the game a little bit.”

A post shared by The Real Fivio Foreign ❄️ (@fivioforeign_8fs)

After having featured on Ye’s two latest projects, the rapper dropped a new track, “Magic City”, featuring Quavo. There has also been some rumors that Pop Smoke would be making a posthumous appearance on the LP, but that remains confirmed.

Tags
Fivio Foreign
Ikedichim Chibundu Follow on Twitter March 30, 2022Last Updated: March 31, 2022
Check Also
Close
Back to top button
Close
We use cookies on our website to give you the most relevant experience by remembering your preferences and repeat visits. By clicking “Accept”, you consent to the use of ALL the cookies. In case of sale of your personal information, you may opt out by using the link .
Cookie settingsACCEPT
Manage consent 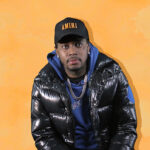