After supporting JT at the Wireless Festival, Lil Uzi Vert is out to face something else all his own. The songster is gearing to release a new project dubbed “Red & White” EP and has just announced the same.

Looking back at his statements for the past two years, it’s clear the “Red & White” EP wasn’t originally what he planned to release. There was another project which should have been out earlier: “Pink.” For one reason or the other, though, the project has not been released.

Still, the rapper has got his creative spirit and would that fans listen to the “Red & White” EP. Anything might follow after that. In a post on Instagram, the songster had announced that he’s releasing “Red & White” EP, followed by the “Pink” project.

Given the uncertainties and deferments that have plagued the release of “Pink,” if there should be another deferment, fans should as well take that in their strides.

Lil Uzi Vert’s last album release was in March 2020. However, the announcement of “Red & White” EP has provoked a fever of expectations among fans, with many stating they can’t wait to see what would pop from the rapper’s orbit.

We’ll be out there to share all the details, so stay tuned.

Tags
Lil Uzi Vert
John Anusie Follow on Twitter July 13, 2022Last Updated: July 13, 2022
Check Also
Close
Back to top button
Close
We use cookies on our website to give you the most relevant experience by remembering your preferences and repeat visits. By clicking “Accept”, you consent to the use of ALL the cookies. In case of sale of your personal information, you may opt out by using the link .
Cookie settingsACCEPT
Manage consent 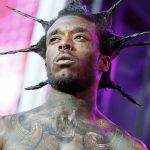