It has often been said that consistency pays, and Lizzo is one singer who has been relatively consistent in the game. Despite the constant criticism of her person, especially her weight, the songstress has remained grounded. And now she’s scored her second No. 1 song.

“About Damn Time” is the singer’s second song to hit No. 1 status. Her first song to snap the spot was “Truth Hurts,” which was released back in 2019. So it took just three years for the songstress to reclaim a position that accentuated her creative gifts.

Her latest No. 1 is particularly significant because she’s actually the first female artist to reach the coveted spot this year. The significance of that milestone isn’t lost on the singer, who has been celebrating it since.

With the No. 1 spot on Billboard Hot 100, she’s just above Harry Styles, Kate Bush, Jack Harlow, Future, Beyoncé, Glass Animals and Drake, who are also on the list. 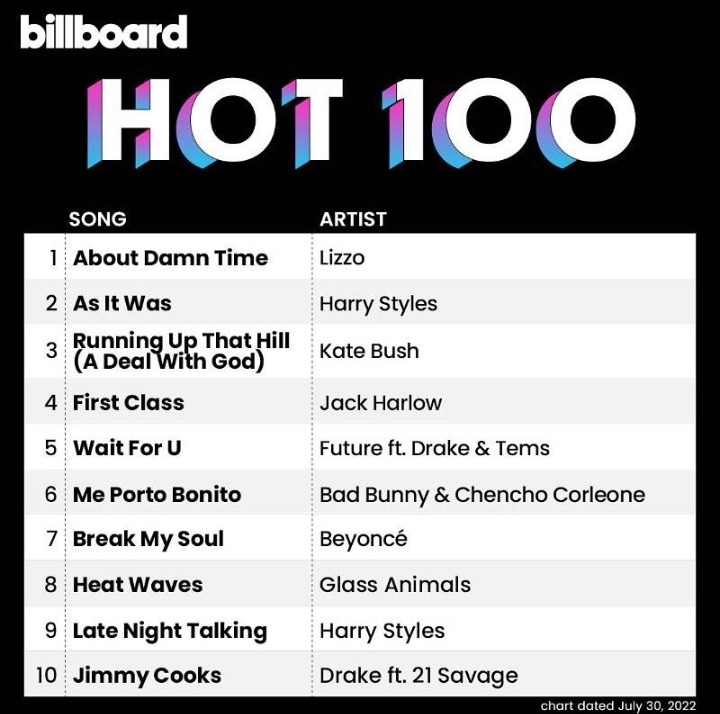 Of course, the position isn’t permanent, and rankings fluctuate with user interest. It will be interesting to see how long she’d hold the No. 1 spot.

Whatever should follow, Lizzo has already shown that she has her feet deep in the game, and there’s nothing anyone can do about it.

Tags
Lizzo
John Anusie Follow on Twitter July 27, 2022Last Updated: July 27, 2022
Check Also
Close
Back to top button
Close
We use cookies on our website to give you the most relevant experience by remembering your preferences and repeat visits. By clicking “Accept”, you consent to the use of ALL the cookies. In case of sale of your personal information, you may opt out by using the link .
Cookie settingsACCEPT
Manage consent