Following a pneumonia infection, Nick Cannon is now in the hospital. The Masked Singer host, who also has lupus, posted pictures of himself on Instagram lying in a hospital bed while sporting a beanie, a mask, and a robe.

“Okay, so I guess I’m not Superman… ,” he wrote in the post’s caption. “I promised myself I would never be back at this place again…”

Staying positive, Cannon was quick to tell his fans and supporters, “Don’t trip though, I don’t need any well wishes or prayers , just some solid rest and I will be back on the journey to becoming stronger than ever…”

He then went ahead to let the world in on what exactly was going on with him, writing, “It’s just pneumonia, nothing I can’t handle.”

The Madison Square Garden venue hosted Cannon’s Wild ‘N Out tour stop on Thursday, and it was completely sold out. Cannon’s hospitalization coincides with his and Alyssa Scott’s plans to have their second child, their 12th, sometime in the coming year. In December 2021, when Zen was just 5 months old, the couple lost him to a brain tumor.

Cannon stated he “has no idea” if he will have any more kids last month. At the Billboard Live: R&B/Hip-Hop Power Players event, he met Tetris Kelly from Billboard News and said that he is “good right now” in terms of his expanding family.

Tags
Nick Cannon
Ikedichim Chibundu Follow on Twitter December 3, 2022Last Updated: December 3, 2022
Check Also
Close
Back to top button
Close
We use cookies on our website to give you the most relevant experience by remembering your preferences and repeat visits. By clicking “Accept”, you consent to the use of ALL the cookies. In case of sale of your personal information, you may opt out by using the link .
Cookie settingsACCEPT
Manage consent 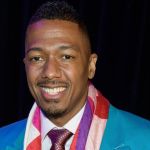