Two of the indie-electronic scene’s most prolific producers, Shallou and ayokay, have paired up to deliver a surreal new single, “Us”, on FADER Label.

The new single marks the first collaboration for the two artists, who share a number of mutuals in their creative circle, including the likes of Chelsea Cutler and Quinn XCII, and serves as the first original from Shallou in 2022, following official remixes for Vance Joy and Forester. 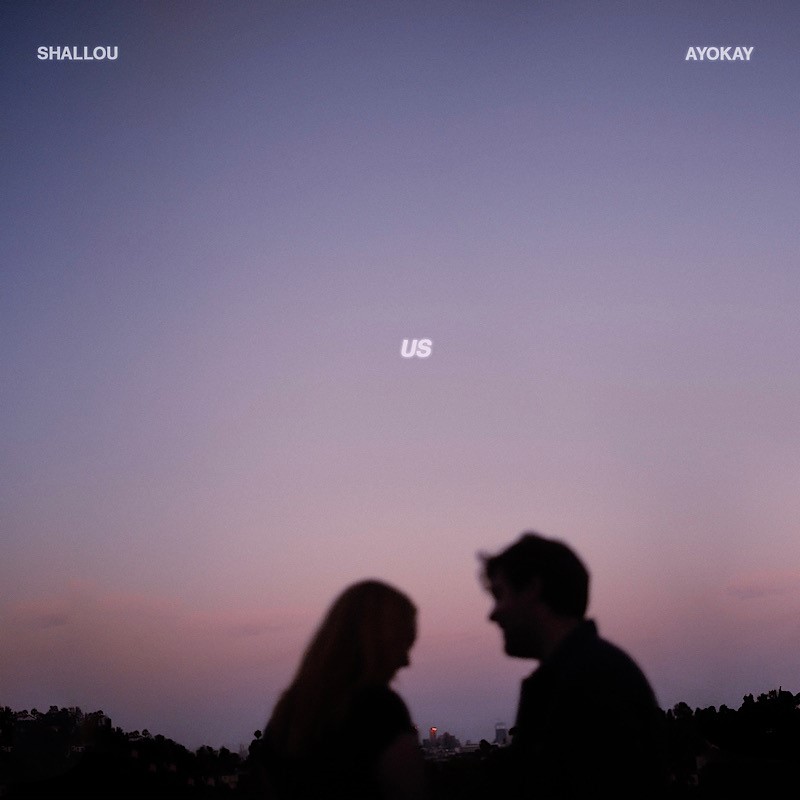 With an enticing vocal delivery from Los Angeles-based Shallou, underpinned by an expansive sound palette, “Us” conveys a dreamlike energy from the jump. Shallou’s sweet falsetto seamlessly transitions to an endearing delivery of a touching hook, exclaiming, “You can stay, and we’ll go away to somewhere again, where there’s only us / no more heartbreak, only us”.

A fitting ode to love shared and love cherished, “Us” encapsulates the brightness that defines Shallou’s and ayokay’s sounds. The track coalesces in a chorus that’s both calming and invigorating, brimming with ethereal melodies and energizing percussion, as Shallou explains,

“Ayokay and I met up in the studio after many years of having parallel styles to try and make some music. Alex played this simple synth line on his Prophet and immediately a melody popped into my head. From there, the rest of the production flowed effortlessly. It was one of the quickest and easiest songs I’ve made because me and Alex have so many common influences, and we weren’t trying to make a hit or force something.

Lyrically, it’s a slight continuation of the themes from my last EP – sometimes you feel like you need to break away from this world completely and just be alone in a new place with someone you love.”

“Us” follows a busy year for the two producers; Shallou has notched multiple entrancing House Of Chill mixes for Sirius XM Chill, and this past March, the producer released the official remix pack for his The Long Way Home EP, featuring reimaginings from Sultan + Shepard, Jerro, and more. Praised by the likes of FLOOD for “lush, lose-yourself-on-the-dancefloor hooks with pulsing beats and shimmering guitar touches”, The Long Way Home signified the producer’s most sonically cohesive work to date.

All the while, ayokay is fresh off the release of his immersive full-length release Digital Dreamscape, which featured noteworthy collaborations with slenderbodies, long-time collaborator and fellow Michigander Quinn XCII, and more. The multi-talented producer also recently wrapped up a 14-date run supporting Emmitt Fenn’s Far From Here tour.

Shallou looks ahead to dates worldwide to close the summer, including Louis the Child’s highly anticipated Alter-Ego event on August 20th at Brooklyn Mirage, a slot at Good Vibes Weekender Festival in Malaysia in September, and back-to-back dates opening for Zedd’s 10-year anniversary celebration of his breakout album Clarity at Bill Graham Civic Auditorium. For tickets to any of these events, check here: http://shallou.com/tour

Tags
Ayokay Shallou
Ayodeji Ibrahim Lateef Follow on Twitter August 15, 2022Last Updated: August 15, 2022
Back to top button
Close
We use cookies on our website to give you the most relevant experience by remembering your preferences and repeat visits. By clicking “Accept”, you consent to the use of ALL the cookies. In case of sale of your personal information, you may opt out by using the link .
Cookie settingsACCEPT
Manage consent