The rapper could spend between one year and life in prison

American Rapper, Young Thug, is now facing felony charges in the US after the Fulton County District Attorney in Atlanta reviewed the indictment charges of the rapper. The charges have now been reviewed to include alleged participation in street gang activities. The latest charge violates the Racketeer Influenced and Corrupt Organization, RICO, a law which was originally designed to combat Mafia crime gangs in the United States. The indictment has now labelled Young Thug’s music group as a mafia group, and the rapper as its founder.

Young Thug whose real name is Jeffery Lamar Williams was arrested on May 9 on accusations of conspiring to violate the Racketeer Influenced and Corrupt Organizations Act (RICO) and engaging in street gang activities.

Following his arrest, 28 YSL members have now been indicted with charges ranging from murder to theft to narcotics use

Things seem to be moving from bad to worse for the rapper who recently lost Lil Keed of one the artists signed to his label, to the cold hands of death.

Lil Keed. aged 24, who was signed to Thug’s YSL Records in 2019 has remained a promising artist until his death. No cause of death has been provided yet.

Following the reviewed indictment, Young Thug, who has been charged alongside his colleague and fellow rapper, Gunna, is now facing the possibility of life in prison if convicted.

The new development has also now placed other members of the YSL record label under suspicion and a likelihood of further arrests on the same ground put forward for Young Thug’s arrest and incarceration.

Tags
Gunna Young Thug
Olumide JokotadeMay 16, 2022Last Updated: May 16, 2022
Check Also
Close
Back to top button
Close
We use cookies on our website to give you the most relevant experience by remembering your preferences and repeat visits. By clicking “Accept”, you consent to the use of ALL the cookies. In case of sale of your personal information, you may opt out by using the link .
Cookie settingsACCEPT
Manage consent 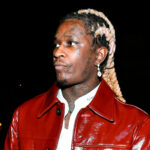