Nigerian actor and reality show host Chidi Mokeme was born on March 17, 1972. His hometown is Oba in the Idemili South LGA of the Anambra State in southeast Nigeria. He was the host of the reality show Gulder Ultimate Search. As a result, Chidi Mokeme got the opportunity to encounter the diverse traditions of Nigeria’s most significant ethnic groups. He completed his primary education at Salvation Army Primary School in Surulere, Lagos. He was awarded a Higher National Diploma in Computer Science after completing his studies at the Federal Government College in Minna, Niger State, and transferred to the Institute of Management and Technology (IMT) in Enugu. Chidi is a proud speaker of Hausa, Yoruba, and his home tongue, Igbo. Because of this talent, he stands out as being multi-talented. Even though he prefers science, he has always had a strong interest in performing, and most of his friends are art majors. Chidi is married to Jean Olumba Mokeme, his brilliant and attractive wife. On April 28, 2012, they exchanged vows. She was bred and currently resides in the United States of America, where she also practices medicine and pharmacy. Their son, Noah Mokeme, was born to him and his wife, Jean. Emem Daniel Mokeme is his adolescent son, and Adia Ukoyen is his mother. Chidi Mokeme and Adia Ukoyen had a long-ago affair, which resulted in the birth of Emem. Adia Ukoyen, a journalist, most recently worked as Godswill Akpabio’s personal assistant for media matters when he was governor of Akwa Ibom. 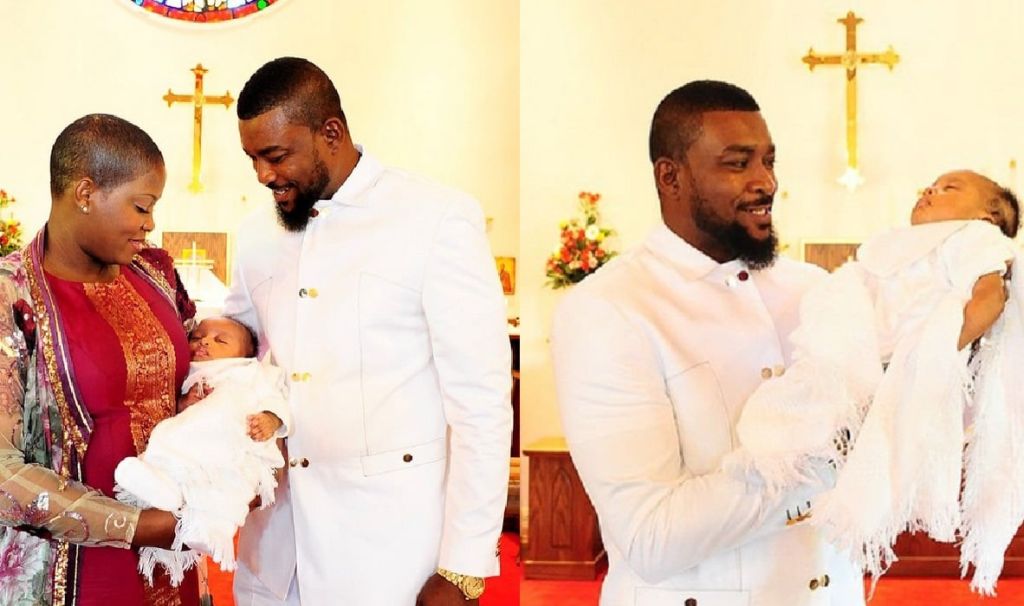 Chidi was raised in a prosperous household by his parents, Geoffrey Azubuike Mokeme Sr., an insurance salesman, and Angelina, a teacher.

According to media reports, Chidi Mokeme’s net worth is estimated to reach between $3 million and $8 million in 2023. Acting, movies, TV shows, theatrical plays, filmmaking, and other business ventures provide a substantial portion of his income.

Chidi Mokeme is wealthy enough to build or buy himself a mansion, but the house(s) he owns have not been made public. However, he does own a fashion house, according to reports.

Chidi is a man of high taste, which must also reflect his choice of ride(s), though that information has been held back from public consumption. In 2015, however, he purchased a Range Rover worth 20 million Naira for his wife.

Chidi, whose major career has been modeling, made his mainstream acting debut in the 1998 thriller-drama “Rapture” directed by Fred Amata. His breakthrough role as an actor was in the 2003 drama, thriller, and action film “Abuja Connection,” directed by Michael Ezeanyaeche, Ojiofor Ezeanyaeche, and Adim Williams.

The actor who recently appeared in the recently released “Shanty Town” series admitted that he suffered from Bell’s Palsy. This disorder causes a sudden weakening of the muscles on one side of the face. During an appearance on Rubbin Minds on Channels Television, Mokeme made this known.

Bell’s palsy is a perplexing episode of facial muscular paralysis or weakening. Over 48 hours, it gets progressively worse. Damage to the facial nerve causes this disorder (the 7th cranial nerve). Usually, one side of the head or face will experience pain or discomfort. Although Bell’s palsy is not considered permanent, it occasionally does not go away. Although Bell’s palsy currently has no known treatments, healing often starts 2–6 months after the onset of symptoms. Most Bell’s palsy patients eventually regain full facial strength and expression.

Chidi Mokeme shared the details of his minor road mishap on his official Instagram page. In addition to sharing the video, he thanked his followers for their prayers, good wishes, and care. Chidi Mokeme claimed that he was trying to get to the airport in time for a connecting international flight, but he was unable to do so because of the agonizingly slow traffic. The little mishap occurred in Lagos, as he stated in his post. An unknown individual in plain clothes attempted to stop his vehicle.

He attempted to flee by jumping over a culvert and landing in the path of approaching cars. Unfortunately, the side glass of his automobile was destroyed at this point, and he heard a loud explosion. But in a subsequent article, he acknowledged that upon arriving at the airport, he had a brief window of time to evaluate the damage to his automobile.

When did Chidi Mokeme start acting?

Mokeme’s first major roles were in the Nollywood dramas of the early 90s.

Did Chidi Mokeme have an accident?

He was almost involved in a road mishap but escaped by a hare’s breath.

Does Chidi Mokeme have a child?

Chidi Mokeme has two sons, one from his past relationship with Adia Ukoyen and the other with his wife, Jean.

How old is Chidi Mokeme?

He is very much alive and has bounced back from his Bell’s Palsy condition that kept him hidden for a while.

Where is Chidi Mokeme from?

Who is Chidi Mokeme's wife?

Jean Olumba Mokeme is Chidi Mokeme’s spouse. She was born and raised in the United States of America and currently works as a doctor and pharmacist there.

Tags
Chidi Mokeme Featured
Ikedichim Chibundu Follow on Twitter January 25, 2023Last Updated: January 26, 2023
Back to top button
Close
We use cookies on our website to give you the most relevant experience by remembering your preferences and repeat visits. By clicking “Accept”, you consent to the use of ALL the cookies. In case of sale of your personal information, you may opt out by using the link .
Cookie settingsACCEPT
Manage consent