Jada Pollock, also referred to as Jada Styles, was born in the US in 1983. She has a younger sister who works as a DJ and goes by Skylatylaa.

After attending St. Saviour’s and St. Olave’s School in the UK, Pollock enrolled at the University of Westminster to complete her undergraduate studies and chase a degree.

Jada hails from the USA, and despite her mixed ethnicity, she is considered an American.

There is not much information on her family except for her sister, who is also a Dj.

Jada P has given birth to Two sons for Wizkid. The eldest son is Zion, and the name of the most recent introduction into their family hasn’t been officially released/leaked to the press yet.

So far, nothing is known about her parents. No pictures or hints have been shared on social media as a result. Apart from her sibling, Skylatylaa, her family members are anonymous.

Jada isn’t the kind of person who seems lazy or a “damsel in distress.” Instead, she worked hard at a lucrative career as a stylist and eventually rose the corporate ladder.

Jada Pollock has been involved in the entertainment industry for years and has worked with many top-rated Acts and Superstars before meeting Wizkid.

Envy Lifestyle, a concierge service, was how Styles launched her company. The business is co-owned by Didier Drogba and attended to by other Premier League athletes.

She expanded it, rebranded to Jada Styles, and worked with Akon’s brother Bu Thiam’s ‘Bu Vision’ as her agency developed into image counseling and brand management.

She has served as a manager for some of the world’s most well-known artists, including the legendary Chris Brown and Pia Mia.

Through her links and connection, she secured for her Beau, Wizkid top-ranking collaborations worthy of note, the Drake- Wizkid Collabo, which gained Grammy recognition and endeared Wizkid to more diaspora Fans.

She has also styled several celebrities and worked for Gucci Mane. The music executive first met Wizkid in 2012, and from 2015 till date, he has served as his music manager.

In September 2021, Billboard awarded her the Executive Of The Week in honor of her services to the music business.

Jada P is officially known as Wizkid’s Baby mama. The couple has been close since 2012. They became friends when Jada Pollock was still in charge of Akon in 2012. After growing close, the two started dating.

In 2017, Zion Ayo-Balogun, a son, was born into their family. Their second child, due in 2022, was welcomed by the couple, and loyal fans were treated to a picture of the kid and Zion.

A few weeks ago, rumors of an existing rift between the couple were peddled around the social media scenes, and Wizkid’s closeness to various other ladies like Naomi Campbell, and Osas Ighodaro, to mention a few, had only helped to add fire to the flame and had the internet divided on the matter.

But Jada has since come out to debunk the rumors of a rift and even posted pictures of her family together on a trip to Ghana. In addition, she continually uses her handle to express her love for Starboy and her family.

Rift or not, We celebrate the love Jada P and Wizkid share.

She is said to be worth $5 million. Her work with well-known brands and her specialism in the entertainment business are both responsible for this income.

Due to her success and the kind of clientele she has worked with, Jada Pollock’s foray into the brand management industry has garnered her multiple awards. In addition, her accomplishments have earned her recognition as one of the Most Famous Entrepreneurs in America and one of the Richest Entrepreneurs Born in the United States.

Jada’s assets aren’t publicly available, but she can be linked to wizkid’s fortunes as they seem to share everything. According to the news, his London house was fully decorated by her.

Jada owns a G-Wagon Benz, amongst others, and has access to the cars her lover owns in his garage.

Who is Jada Pollock to Wizkid?

Jada is in a relationship with wizkid and is popularly known as wizkid’s third baby mama. She is also his manager and has been so since 2015. She is a mother of Two – Zion Ayo-Balogun and the most recent addition to the Balogun Family.

Is Wizkid married to Jada Pollock?

No. They are currently just dating.

How old is Jada Pollock?

How many children does Jada Pollock have?

Jada currently has two children for Wizkid -Zion and his brother, whose name is yet to be announced to the public by the family.

What country is Jada Pollock from?

She is a citizen of the United States of America.

When did Wizkid meet Jada Pollock?

Wizkid and Jada first met in 2012 when she was still managing Akon.

Has Jada Pollock given birth to her second child?

Yes. The second child was given birth to in October 2022.

Is Jada Pollock still the manager of Wizkid?

Who has Jada Pollock managed?

Jada has an impressive CV regarding Acts she has managed or collaborated with.

Notable amongst them are Chris Brown, Akon, Princess Pia Mia, Didier Drogba, and a variety of premier league athletes. She has also worked as a stylist for Gucci Mane. She currently manages Wizkid.

How tall is Jada Pollock?

Jada can be identified as White as she is a native of the United States, but it is also known that she is of mixed ethnicity.

Is Jada Pollock older than wizkid?

Jada P has no known Nigerian ancestry, so she cannot be referred to as “Nigerian” yet.

Jada’s Ghanaian ancestry is not officially confirmed and thus cannot be referred to as “Ghanaian.”

Who is Jada Pollock's father?

Information about her family is very scarce and private, and the only known family she has is a sister, Skylatylaa, who is a Dj.

Tags
Featured Jada Pollock
Ebuka NwachukwuJanuary 18, 2023Last Updated: January 23, 2023
Back to top button
Close
We use cookies on our website to give you the most relevant experience by remembering your preferences and repeat visits. By clicking “Accept”, you consent to the use of ALL the cookies. In case of sale of your personal information, you may opt out by using the link .
Cookie settingsACCEPT
Manage consent 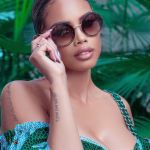