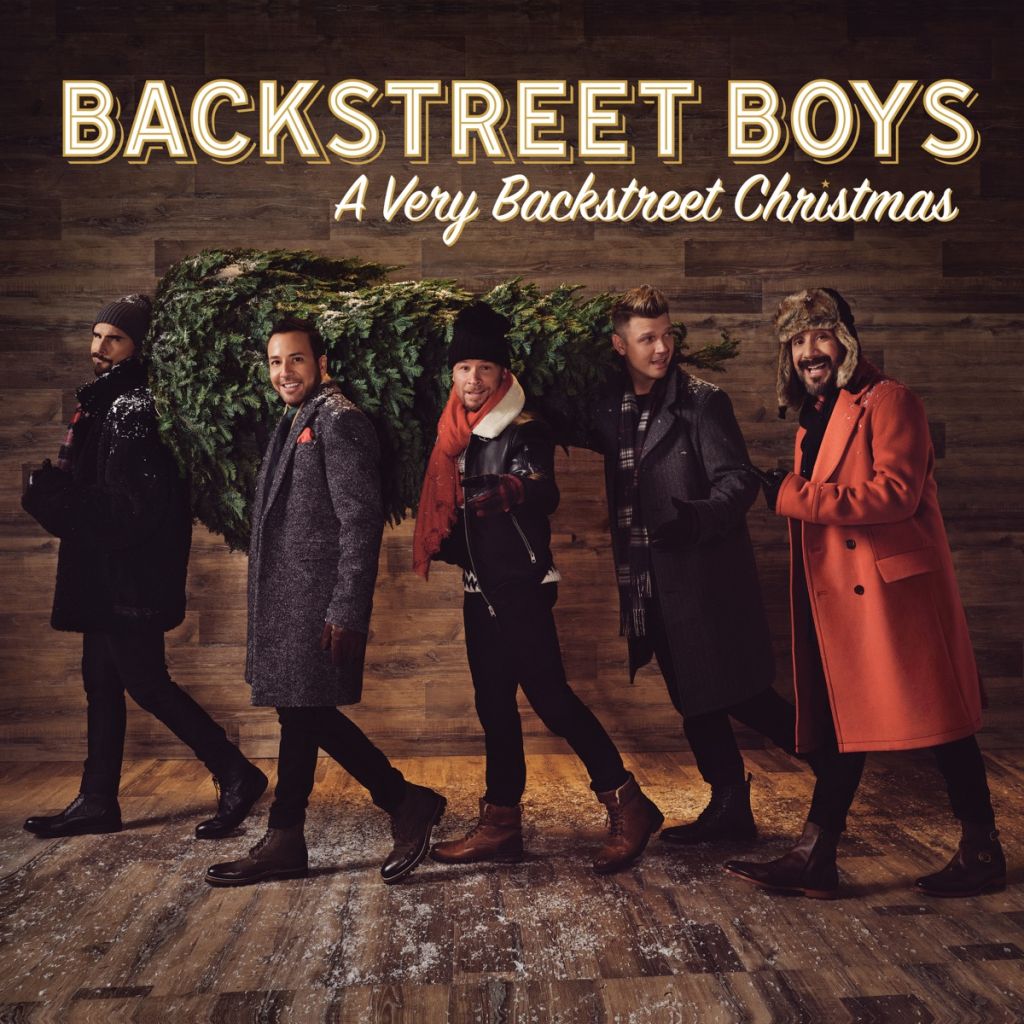 In spirits of cheer, all members of the band, dripping hard even in winter, can be seen moving in the same direction, smiling and bringing along with them a Christmas tree which just lays there on their shoulders. A smart way to pictorially translate and further highlight the album title.

The Backstreet Boys opt for holiday classics in the album’s opening tune, which clearly establishes the album’s direction. Their rendition of “White Christmas” has a little soul and rhythm. Background vocals in the acapella style provide a really sappy feeling. similar to the kind of music you can only tolerate at that season.

“The Christmas Song” comes next in line. The original version of this song blew up in 1946 when Nat King Cole first released it. He must have loved this one because the artist only created four variations of it. “The Christmas Song” 2022 version, performed by the Backstreet Boys, fits quite nicely with the opening. Maybe compared to the first song, this one is a little less kitsch.

Flipping fingers served as the primary rhythmic component of “Winter Wonderland,” creating a very “homemade” atmosphere. Nice vocal delivery. Most people would probably like this song. It only takes 1:40 to listen. “Have Yourself A Merry Little Christmas” will be your favorite if you haven’t had enough coziness, kitsch, and romance thus far. Some people’s preference for Christmas music may have nothing to do with the recording’s musical excellence.

It seems impossible that “Last Christmas” would not be on the Backstreet Boys’ Christmas song list. They somewhat surprise with a pretty rhythmic and pop-like recording after the previous tracks’ intensely emotional and homey content. This song more closely resembles an average remix of the original than a version that bears the stamp of one of the greatest boy bands ever. “O Holy Night” and “Have Yourself A Merry Little Christmas” are stylistically similar. It furthers the impression that the “Last Christmas” cover is an alien component of this album.

Dan Fogelberg released “Same Old Lang Syne” in its original form in 1980. The song contains some passages that clearly resemble past ballads by the Backstreet Boys. Fans will adore it. Another song that belongs with the well-known holiday classics is “Silent Night.” This one sounds like it was recorded under the Christmas tree with only five very good voices, yet some parts have a little bit of a canon vibe.

The Backstreet Boys’ “Christmas in New York” is a charming tune with a lovely trademark. However, this year’s Santa-meter feels like it will explode due to the track’s swinging vibe, five vocalists, and strings. The Christmas pop tune “Together” has a nice dance vibe. The most festive time of year calls for the classic Backstreet Boys sound. The final song, “Happy Days,” makes a connection to the song before. Christmas with the Backstreet Boys starts off cutesy and cuddly, but eventually there is dancing, music, and a celebration.

A Christmas album created to convey the cheer and joys of the Yuletide through a different vibe. The Backstreet vibe.

Load more
Tags
The Backstreet Boys
Ikedichim Chibundu Follow on Twitter October 14, 2022Last Updated: October 14, 2022
Back to top button
Close
We use cookies on our website to give you the most relevant experience by remembering your preferences and repeat visits. By clicking “Accept”, you consent to the use of ALL the cookies. In case of sale of your personal information, you may opt out by using the link .
Cookie settingsACCEPT
Manage consent