“Renaissance” connotes rebirth and renewal, a revival of interest in something. Now, what comes to mind when you pick the word and turn it all caps as the project’s title? A lot, of course – the meaning of the word, emphasised.

It’s been a while since Beyonce released anything, so her “RENAISSANCE” album is more like a rebirth for her – an alert to the world that although she might not have released anything for a while, she’s still out there, a singer worth a place on a playlist.

To her credit, she knew how to snap the attention of her fans and prime them for “RENAISSANCE.” She took down the profile pictures on all her social media accounts, leaving everything blank.

That decision threw the Beyhive into a frenzy, with fans’ guesses oscillating between new music on the way or a new clothing collection for pride month. Those who envisioned music won in the end.

Tidal, a streaming platform partly owned by her husband Jay-Z, announced a single dubbed “Break My Soul” was on the way from Beyonce’s orbit while also letting fans know the album “RENAISSANCE” would drop later the same month.

True to the post, Beyoncé’s “RENAISSANCE” album dropped as scheduled.

The album was a product of a scry period – the onset of the coronavirus that forced many countries to either lock down or enforce spatial distancing and other measures to stem the spread of the virus.

What would otherwise have been a debilitating period, allowed her, in her own words, to feel free and adventurous. And she made it a point to create a safe space for herself, a place to be herself, free from perfectionism, judgment and whatnot.

It was a beautiful exploratory journey that she hoped would inspire her fans as they come along – by listening to the music. So you’re welcome to tag along as we walk the way to “RENAISSANCE” by Beyonce.

The artwork of the album syncs beautifully with the title. The cover art shows the queen herself sitting on a diamond horse – ready to charge to wherever. Again, there’s the message of motion in the image, implying the singer is on to something, moving on with the energy for which she’s already famous.

The symbolism shouldn’t be lost on anyone conversant with the history of the singer. She had not released anything in a while. And with her on the horse, it’s obvious she has a new message for the world and is eager to deliver the same. 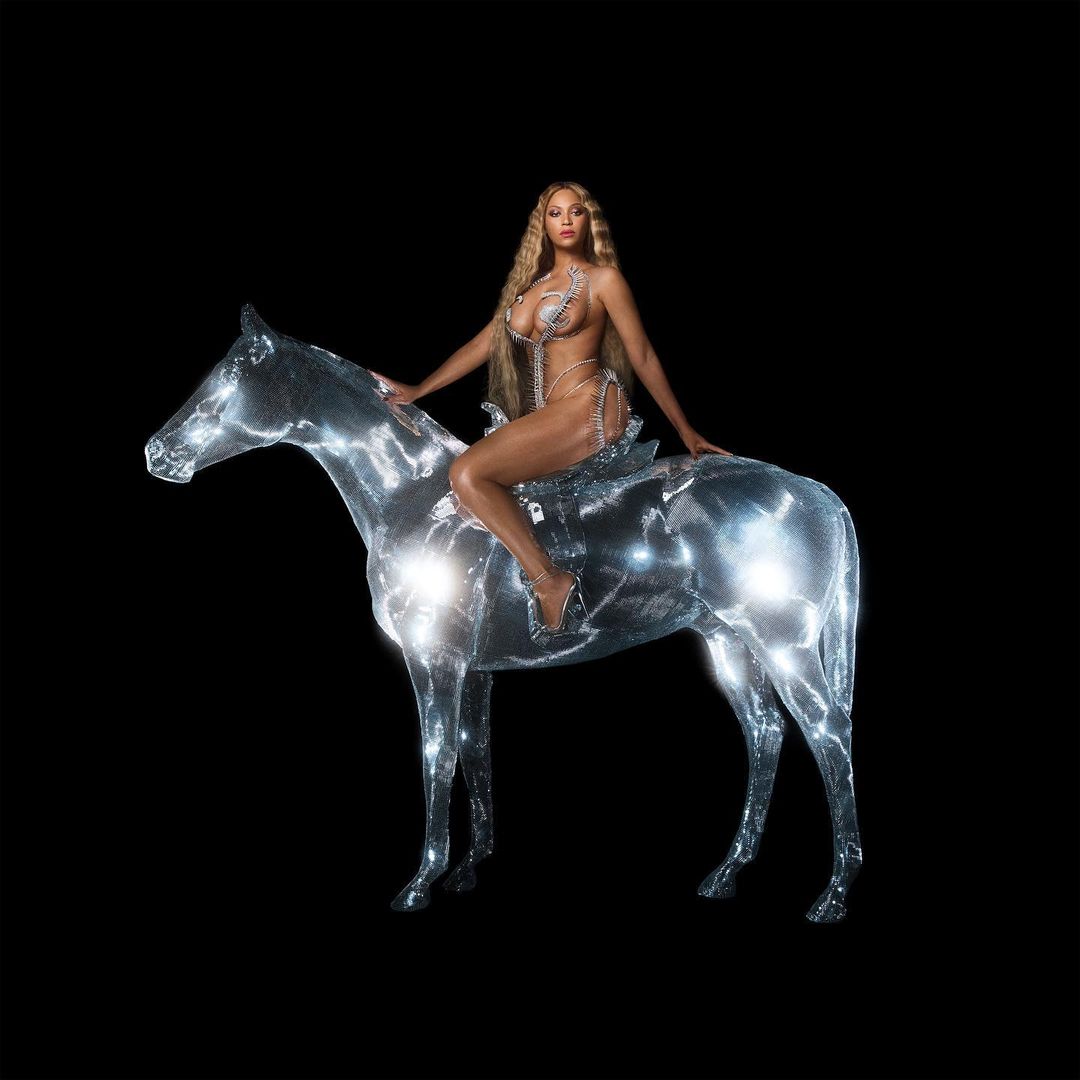 For her return to the music orbit, Beyonce popped just 16 tracks. The tracklist begins on a confident note with “I’m That Girl.”

Other equally charming numbers would follow, including “Cozy”, “Alien Superstar”, “Cuff It”, “Energy”, “Church Girl”, “Plastic Off The Sofa”, “Virgo’s Groove”, “Move”, “Heated”, “Thique”, “All Up In Your Mind”, “America Has A Problem”, “Pure/Honey”, and “Summer Renaissance.”

With 16 songs on the project, picking favourites from the pack is easy. “Energy” is one song we’re pretty chuffed with. Beyond the name, the song is also energising – a ready antidote for the curse of boredom that afflicts most people.

“Virgo’s Groove” is another engaging number that resonates with us. And we’re confident that any lover of good music out there would also be pleased with it. It speaks to the spirit of anyone who would listen.

“Summer Renaissance” is another easy winner for us. Here, if you please, is one number that will awaken the soul of summer within you. The sheer charms of this jam cannot be missed. So find a place for it for your hot bod – or gal – summer.

For a compilation of 16 tracks, it’s interesting that Beyonce should keep the guest list to the barest minimum. Instead, she featured just two guest artists on the album – both on the same track.

Tems, a singer of Nigerian provenance, joined her Jamaican counterpart, Grace (Beverly) Jones, on the song “Move” – track No. 10. It’s a ladies’ affair here, and all three singers did great on the beat – a win for them all.

It’s unclear why Beyonce elected to work with just two guests. But the result of that decision is not something to quarrel with.

In her “RENAISSANCE” album, Beyonce interrogated several subjects, melding them into one tapestry that may as well be called the canvas of life. There’s her take on life as we know it, relationships, coming into one’s own uncertainty, and so much more!

“RENAISSANCE” album is Beyonce telling the world that she isn’t done just yet. She may have taken her time dropping new music, but she isn’t done yet. More than that, she knows how to charge into the souls of her fans and ignite them with good vibes.

Of course, “RENAISSANCE” album is not the best of Beyonce. But then, it’s another testament of her creative powers – an artist worth hearing and worth a place on a playlist.