This is the epitome of Hunnu Rock. This second release from The HU is a remarkable addition to the growing body of work they have already put out into the world. They have created something instantly recognizable and distinctively theirs. The album is a stomping, outrageous effort that combines a variety of intense elements. 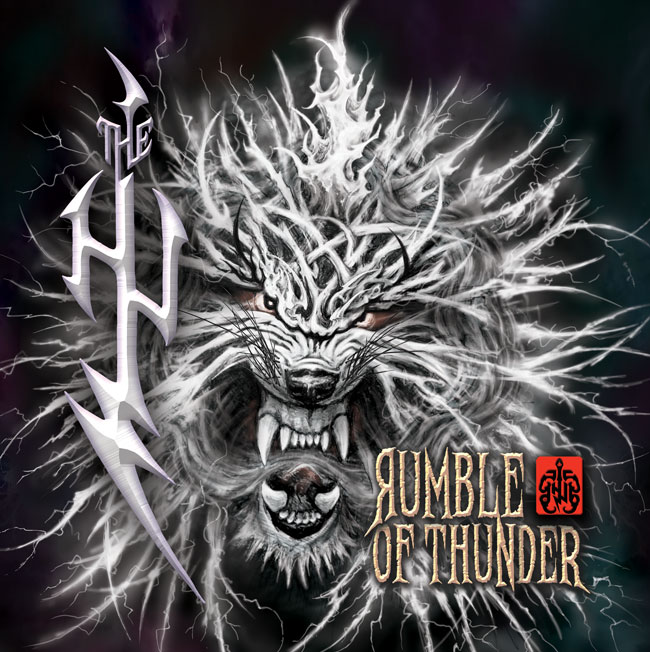 The face of a roaring lion that already is in motion can be seen charging forward, enraged and ready to devour, depicted by the sashes of lightning and bolts of thunder surrounding its countenance. Just about the same energy fused into the album.

The HU open the show with the booming debut song “This Is Mongol,” which, although not the most overly complex piece of music ever, is the closest I’ve seen this group come to straight-up rock n’ roll. Gala’s voice at the end will make the hairs stand up on the back of your tongue, and the bass line is from out of the AC/DC handbook. It then transitions beautifully into the war cry “YUT Hövende,” which is sung during the long march to battle. This song’s delivery alone carries weight; at times, it sounds very much like a Maori Haka. Strong, measured, and toward the conclusion, you could even notice a slight shift in your breathing.

The HU everyone has adored since the beginning is “Teach Me.” With a complete band or just a couple of horse fiddles and a Tovshuur guitar, this song is perfect for a campfire and is sure to make you grin. It’s a cool song that was made just to be sung along to. The start to “Upright Destined Mongol” is catchy, and it makes you think of the song “One World” from Anthrax’s album Among The Living. In the song, horse fiddles needle continues where ‘YUT Hövende’ left off.

This song transitions smoothly into “Sell The World,” an almost bluesy, dare I say country-feeling composition, after a few gunshots and Mongolian gang vocals. However, Jaya leans into it with his incredible voice and immediately dirties the whole thing up. Nine minutes of magnificent perfection make up “Black Thunder.” The song, which is deeply rooted in Mongolian culture, portrays a stirring tale of conflict, faith, and ultimately death. The new album is anchored by this epic piece, which is a sacred performance when performed live.

“Mother Nature” provides the big follow-up that a song of this reverence merits. You’ll listen to this moving masterpiece again and again. And if you didn’t know any better, you’d believe that “Bii Biyelgee” was the final installment of an epic trilogy since it continues the rumble while quickening the tempo to a joyful gallop. Amazingly good. Next comes “Segee,” which at first listen has a Zac Brown-like quality before exploding into a verse/chorus rundown that doesn’t sound too far from all the pub rock that is passionately promoted on Oz-Rock radio stations.

As “TATAR Warrior” prepares to finish the album, the horses start to stir. There are a few voices that join in, and the setting resembles one from Mad Max 2. The agony intensifies into a languid, stirring sway that erupts into Metallica Black Album-styled breakdowns. The song’s chaotic horse violin solo adds exquisite angst and serves as a welcome diversion from the overall Black Sabbath heaviness.

It illustrates the potential for fusing the bravado, hardness, and intricacy of rock with the elegance and sophistication of traditional and cultural music.

There hasn’t been any information provided regarding the album’s production or who and who oversaw things in that department.

Load more
Tags
The Hu
Ikedichim Chibundu Follow on Twitter September 3, 2022Last Updated: September 3, 2022
Check Also
Close
Load more
Back to top button
Close
We use cookies on our website to give you the most relevant experience by remembering your preferences and repeat visits. By clicking “Accept”, you consent to the use of ALL the cookies. In case of sale of your personal information, you may opt out by using the link .
Cookie settingsACCEPT
Manage consent