Brymo is a Nigerian musician and author. Born in the Okokomaiko area of Ojo in Lagos state, the songster started recording music back in secondary school in 1999.

By then, he’d already stamped his name in the consciousness of music lovers across Nigeria and Africa. Notable numbers from his discography include “Eko,” “Ara,” and “Down.”

The musician’s real or given name is Olawale Oloforo. 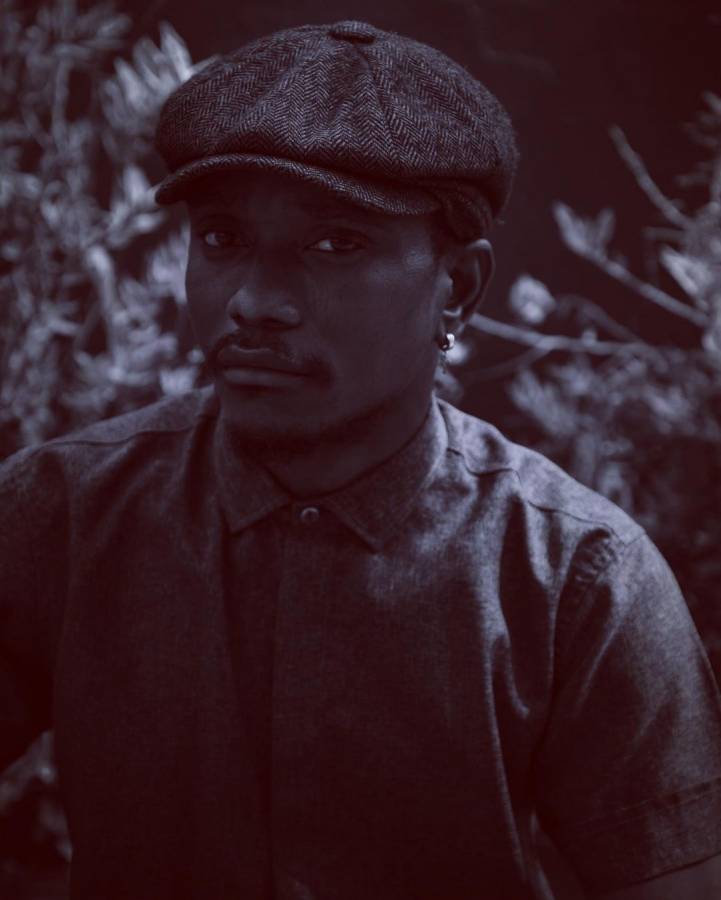 Born in May 1986, Brymo is currently 36 years. He may not be the most visible artist out there, but the songster fancies himself the most powerful artist in the world. Talk about blowing one’s horns when others wouldn’t blow them.

Brymo is not one of those to overshare personal facts, so not much is known about his family.

Brymo is said to have siblings, but details about them are pretty fuzzy. The singer himself has not helped that aspect of the public’s inquiry about his life. He rarely dwells on it.

Brymo’s parents had very little formal education but had a deep commitment to the Quran, which influenced their decision to enrol their son in a Quranic school. His father was a carpenter, reportedly of Awori descent, and his mother was a petty trader. 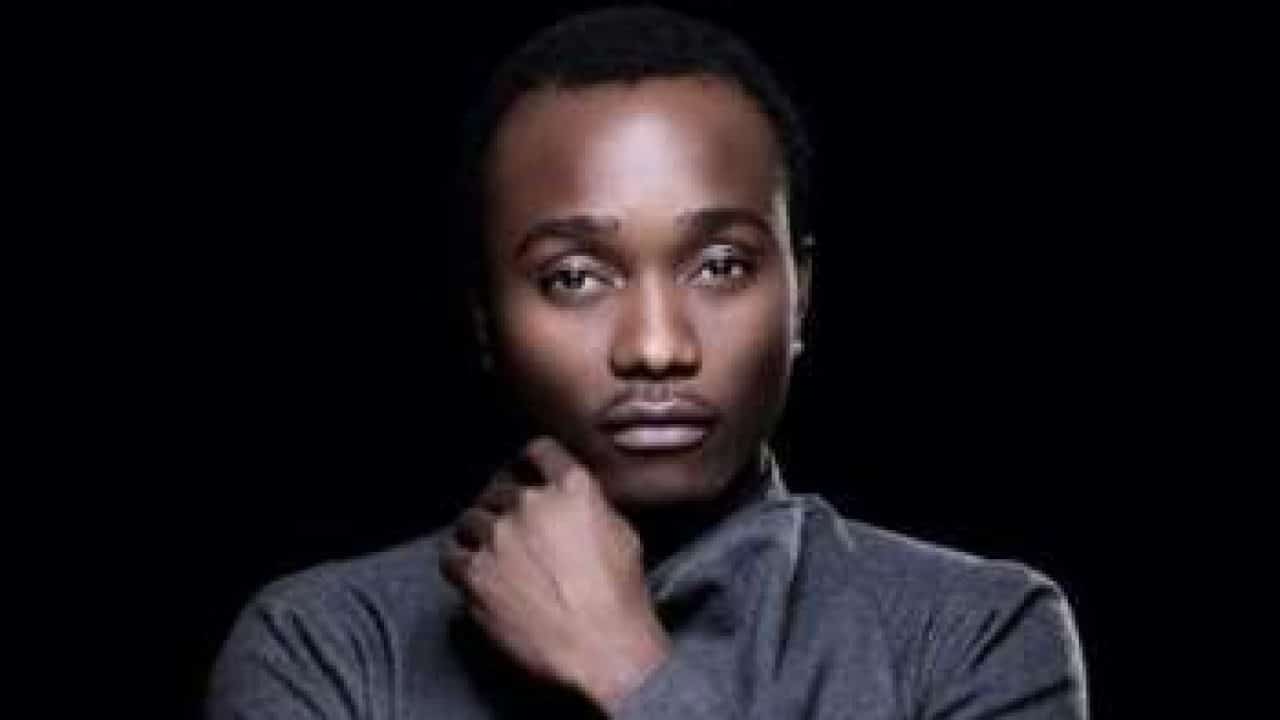 In 2015, Brymo announced that his girlfriend Esse Kakadaare was pregnant. At the time, he had also stated that he couldn’t wait to be a father. That same year, his girlfriend gave birth to his first child, a son whom he named Waju.

Asked why he should have a child out of wedlock, he said marriage is only an institution for a woman to support a man, but a child is a product of love. Also, he insisted it was planned because he could not wait until he was 30 to have a child.

Brymo is one fellow who has chosen to go his own way and do things his own way. He can’t be said to be among those living life on the fast lane, though, because there is no strong evidence to suggest that.

The singer is solely focused on creating and entertaining the listening public. At that, he has been largely successful.

Brymo has been in the music industry for over a decade, and he isn’t doing badly by Nigerian standards. The songster wouldn’t be found bragging about what he’s worth, but key industry figures peg his net worth at $300,000. 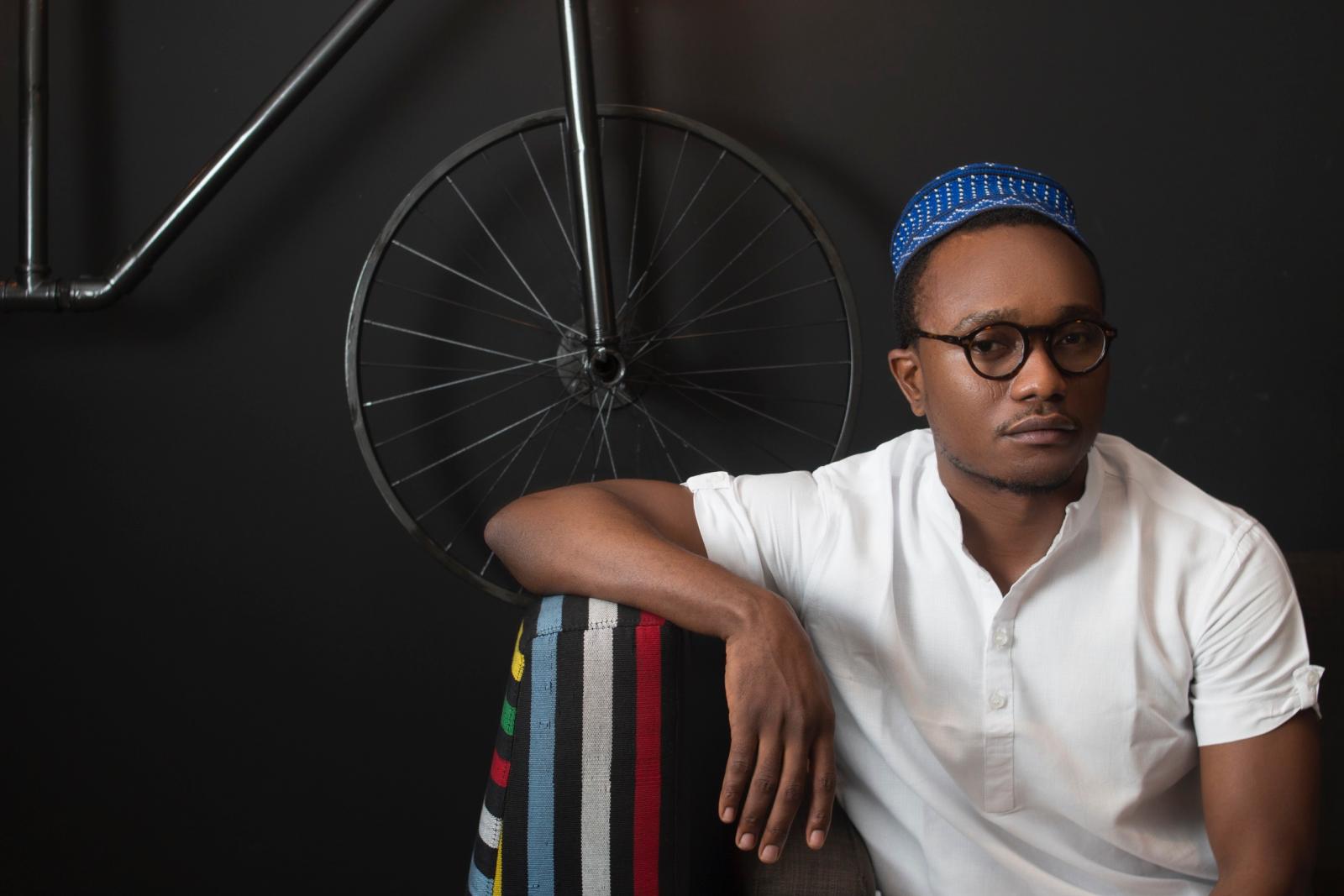 Details about Brymo’s house are just not out there. For whatever reason, he appears not to be in the league of musicians and other celebrities who delight in showing off their cribs on social media. At any rate, he is said to have a house in Lagos

Brymo got his first car, a 2010 Toyota Camry, in 2013. At the time of the acquisition, he was part of the Chocolate City record label. He likely has bought other cars since then. Only, details about the more recent purchases are just not available.

Brymo’s girlfriend is a lady called Esse Kakadaare. Not much is known about her, but Brymo would volunteer that she’s as rebellious as he is. The songster describes himself as fortunate because his girlfriend understands him. 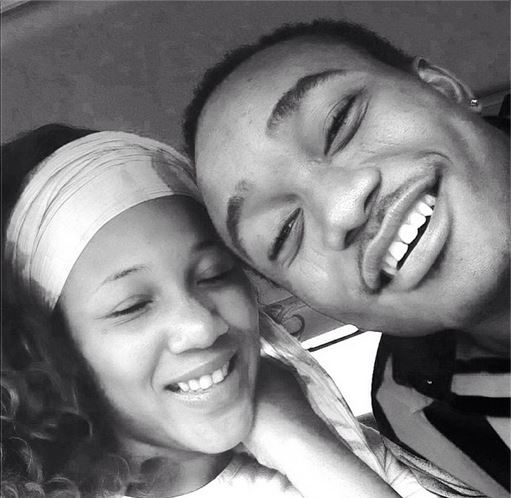 The controversial musician happens to be among the celebs who had a stint in a tertiary institution but ended up without a degree. He attended the Aganju Aka Primary School and then the Japual Primary School. He dropped out in his second year at Lagos State University.

Brymo is a man of many parts, but his genre has mostly been described as pop. However, he also makes folk and Yoruba music, among others.  Lagos State University (LASU), where he was studying zoology. He, however, dropped out in his second year to focus on creating music. He has not returned since. 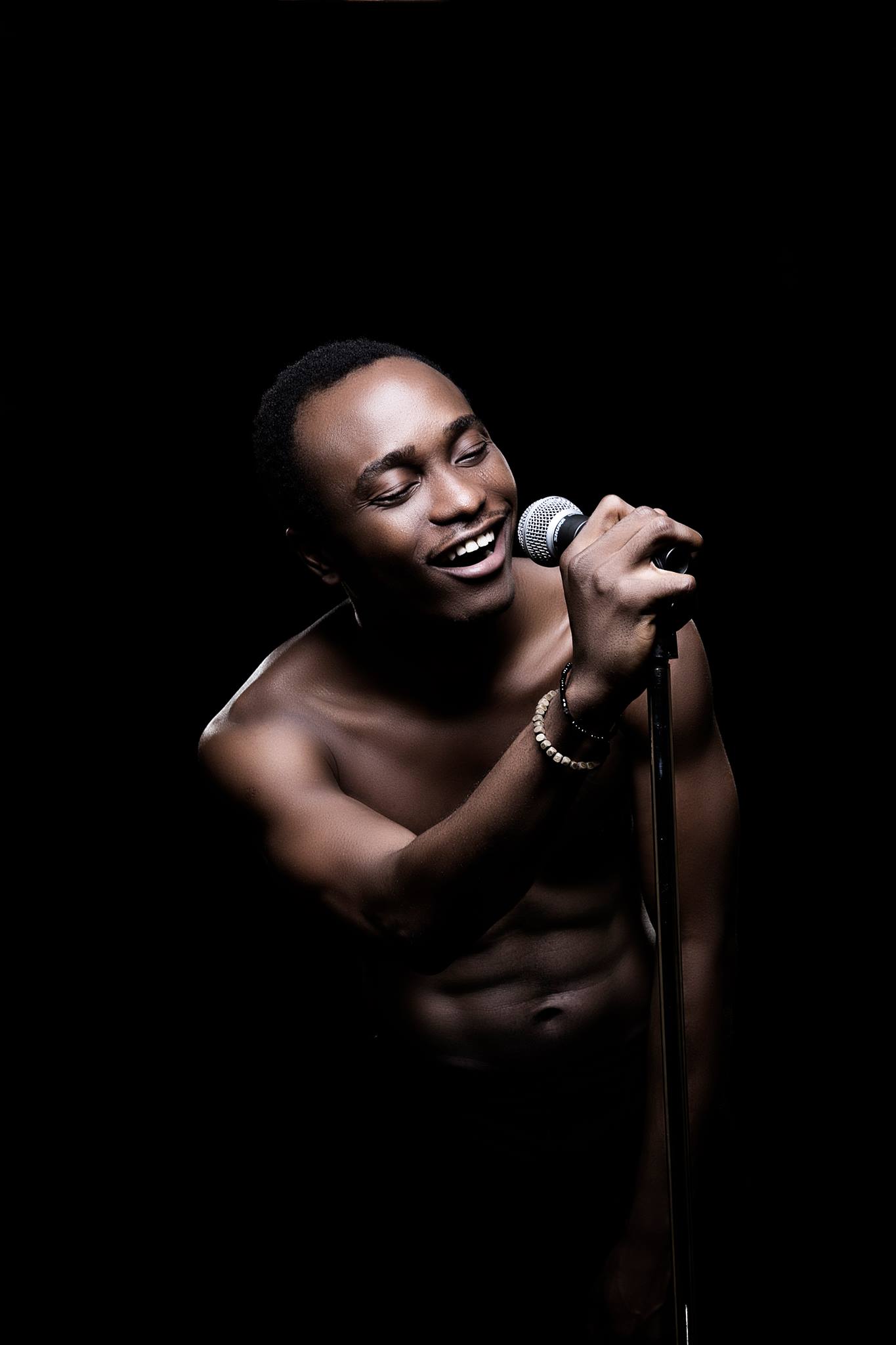 In an industry that appears to emphasize awards, Brymo might be counted among the winners. At the Hip Hop World Awards in 2012, he won the Recording of the Year award for the song “Ara.”

He won the Channel O Music Video Awards in the Most Gifted Afro Pop Video of the Year category. 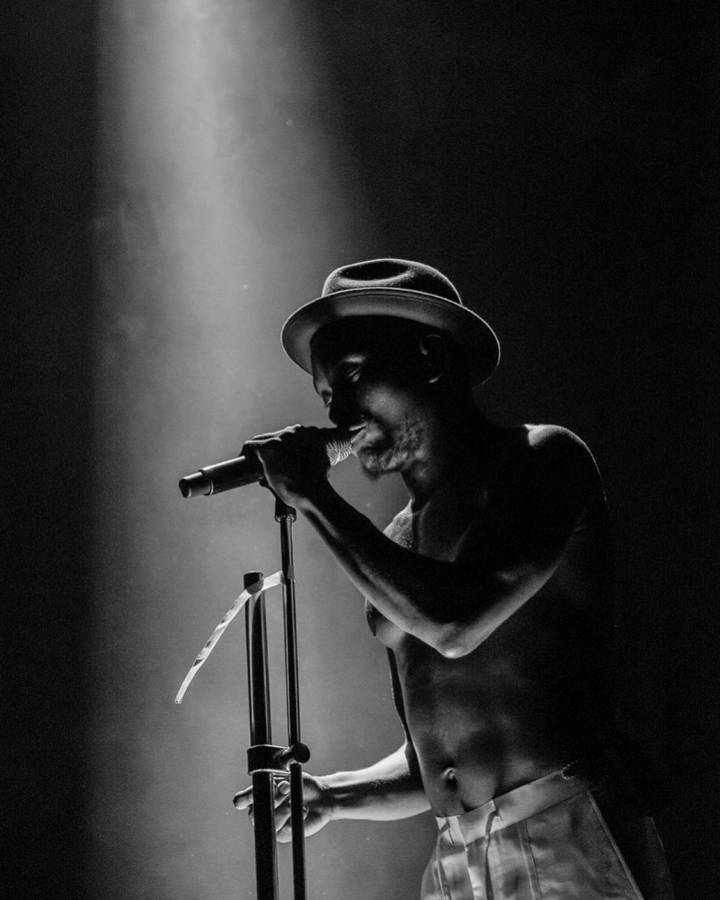 A year later, in 2013, for his song “Down,” he was crowned Songwriter of the Year at the All Africa Music Awards. Years later, in 2019, he would be nominated in the Best Alternative Song, Best Recording of the Year, and Best Performer categories at The Headies.

On his award drought, Brymo explains it’s only because he would not pain for plaques and perform at award ceremonies.

How old is Brymo?

The singer is currently 36 years. He will be 37 later this month.

Is Brymo in Elesin Oba?

yes, he made his acting debut on Biyi Bandele’s Elesin Oba: The King’s Horseman.

Yes, Brymo is married to Esse Kakadare. The couple has a son.

Yes, Brymo is still alive – at the time of writing, anyway.

Is Brymo a lecturer?

No, Brymo is not a lecturer, and that’s in the sense that he does not have a teaching position at any of the Nigerian universities or abroad. He has, however, delivered a lecture at the University of Ibadan, which made some people assume he is a lecturer.

What is Brymo's real name?

What state is Brymo from?

Brymo is from the Ojo area of Lagos state, Nigeria.

Tags
Brymo Featured
John Anusie Follow on Twitter January 12, 2023Last Updated: January 12, 2023
Back to top button
Close
We use cookies on our website to give you the most relevant experience by remembering your preferences and repeat visits. By clicking “Accept”, you consent to the use of ALL the cookies. In case of sale of your personal information, you may opt out by using the link .
Cookie settingsACCEPT
Manage consent 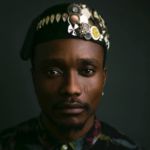