Tekno is a Nigerian singer and songwriter. Born in Bauchi to a soldier father, the songster travelled across most states in Nigeria, following the trajectory of his father’s transfers.

Although Tekno didn’t go to university, he was able to master the piano and some other musical instruments at a young age, leading him to ultimately pursue a career in music.

Signed to K-Money Entertainment, Tekno  released his first single, “Holiday.” Then, in 2012, in Abuja, he snapped the attention of several celebrities when he performed a song titled “Onye Ne Kwu.”

A year after the song, he was signed to Ubi Franklyn’s Made Men Music Group and, heeding the advice of his new record boss, moved to Lagos from Abuja. He earned his first award nominations in 2014 with the singles “Anything” and “Dance.”

He scored his first national hit with “Duro,” a chart-topping that ultimately provoked a remix featuring Phyno and Flavour.

It’s been years since that hit. Instead, Tekno has released other charming numbers, washing away doubts about his talents.

Tekno’s real name is Augustine Miles Kelechi. The “Kelechi” part of his name means “Thank God” in the Igbo.  The songster is sometimes called Alhaji Tekno and Tekno Miles to differentiate him from a DJ of the same stage name. Tekno’s family comprises several members, with the “Enjoy” crooner as the most famous of the unit.

Tekno is one musician who still has both parents in his life. His father was a member of the Nigerian armed forces and his mother was a housewife.

Tekno’s father was a soldier who moved often via posting. The result was that Tekno wasn’t born in their home state of Ebonyi but in Bauchi state, where his father was posted at some point.

Not much is known about Tekno’s mother. She is said to have been a housewife to his soldier father and she forms part of the basis for his song “Mama.” Tekno is a father of one at the time of writing. He is one of the Nigerian musicians with baby mamas. He has a daughter named Skye Yaa Amaka Kelechi, the product of his relationship with Lola Rae. Tekno is known to have siblings, two of whom are doxxed. One of them, Spotless, is also a musician and reportedly had a relationship with Starboy Records at some point. The other sibling is Augustine Uche. Tekno himself is the one mostly in the limelight.

Tekno loves life on the fast lane and is unapologetic about projecting that love out there. From fast cars to fancy cribs, right down to flying private, the “Jogodo” chanter is all about living life to the fullest. He loves the ladies, too, and is not exactly cool about the narrative of being with one woman. There are many beautiful ladies out there, and he wants a sizeable harem.

Tekno’s girlfriend is also his baby mama. Lola Rae is a musician but not nearly as famous for her music as the man with whom she has a child. But that’s by the way. She’s the daughter of a British father and a Ghanaian mother.

Born in 1991, Lola Rae is a year younger than Tekno. She came to London at 16 and joined a dance group called Mr Cool. The group appeared on Britain’s Got Talent, where Lola’s singing gift was noticed.

Lola Rae confesses a love for Afro-pop music and has dreams of one day creating a new sound that appeals to younger women.

Tekno’s baby mama is a British Nigerian singer and dancer like her man. Rachel Akosua Funmilola Garton, known professionally as Lola Rae, and Tekno revealed they were dating back in 2017.

Lola Rae and Tekno welcomed a baby girl a year after they disclosed dating. At the time of the child’s birth, Tekno had congratulated himself on being a dad and thanked Lola for putting things together.

Tekno readily gushes over Lola Rae, his only known baby mama to date. Tekno is rich and has no qualms admitting he’s got the cheddar. A few years ago, fresh from a trip to England, he posted a series of videos on his Instagram stories stating that he didn’t go to school, but he counts hundreds of millions.

He also affirmed his faith that one day Nigeria will be better and graduates will earn decent pay for their skills and education. He urged his fans to vote to endure a better Nigeria.

There you have it. The sinister has told you all his net worth, which runs into hundreds of millions.

The “Jogodo” crooner loves cars and has never hidden that love. As a result, he will undoubtedly make the list of Nigerian musicians with pricey whips. Among the vehicles he has in his collection are a Range Rover, an unlimited Rubicon Jeep Wrangler worth about 20 million, a Mercedes Benz S550 Coupe worth about 42 million, a BMW X6 worth about 18 million, A Lamborghini Aventador worth about N155 million, among others. 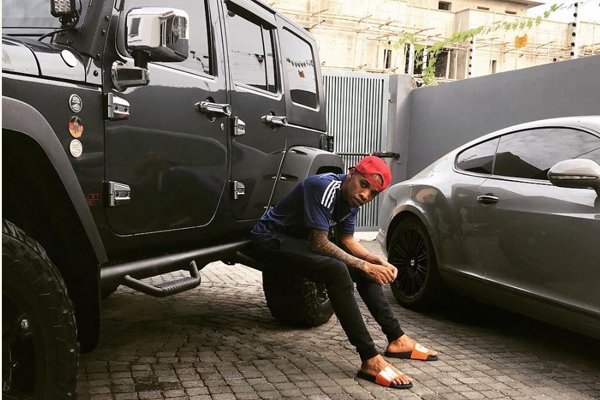 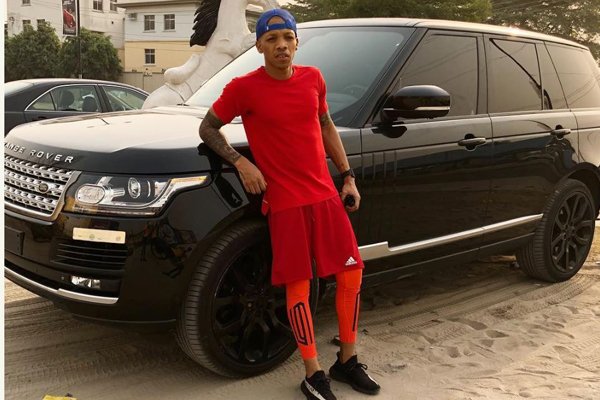 If you think Tekno’s love for luxury stops at cars, then you’re mistaken. The songster also has a mansion in the Ikota area of Lagos, valued at over 80 million. The décor of the stately home was deliberately made to suit Tekno’s music style. 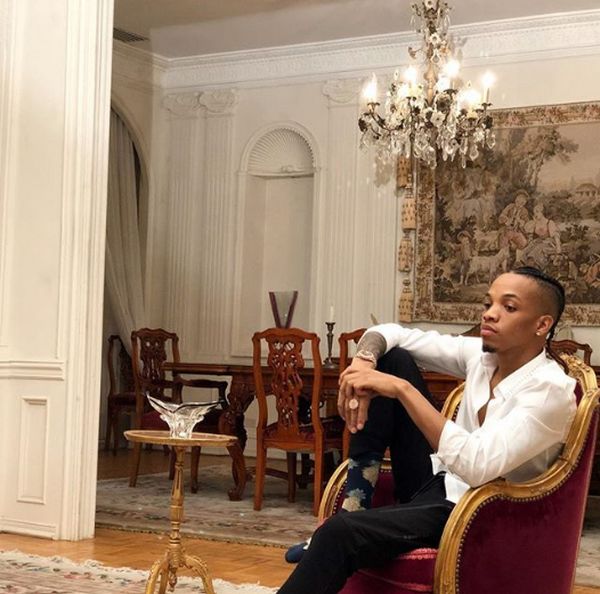 For those who want to know, Tekno would gladly admit that he didn’t go to school – or rather didn’t attend a university and therefore didn’t graduate, but that he counts millions more than those with tertiary education.

He stated this not to brag but to illuminate the tragedy of the Nigerian society where corruption rules and graduates can barely find jobs – and therefore have no money.

If you want to contact Tekno, then you’re in luck. The songster maintains active social media accounts, including on Twitter and Instagram. So, he’s just a direct message or a mention away on those platforms.

However, Tekno’s personal contact details, like email and phone number, have not been made public. We’ll update those when they become available.

Does Tekno have a private jet?

Tekno isn’t known to own a private jet. He, however, flies private (chartered flights).

Does Tekno have a child?

Tekno is the father to a daughter named Skye Yaa Amaka Kelechi. His ex-girlfriend Lola Rae gave birth to the kid back in 2018.

Does Tekno have a record label?

Tekno has a record label known simply as Cartel.

No, he hasn’t won The Headies.

How many cars does Tekno have?

Tekno has not one but several cars, some of which might not be known to members of the public. At any rate, some of the cars he is known to own include a Range Rover Sport HSE, a Bentley Continental GT, a Mercedes Benz S550 Coupe and a Jeep Wrangler.

How much is Tekno Net Worth?

Tekno is said to have a net worth of $10 million, which isn’t bad for a Nigerian musician.

How much is Tekno house?

Tekno has not one but several houses, one of which is said to be worth almost N100 million.

Is Tekno a graduate?

No, Tekno is not a graduate. The significance of him not being a graduate but making so much money is not lost on him. And he had commented at some point that life isn’t fair.

Tekno is very much alive. He relocated to the United States in 2021. Perhaps because his name doesn’t buzz as much as it used to, some people assume he’s exited the material plane. he hasn’t.

Yes, Tekno is still singing. At some point, though, by his own recollection, he lost his voice and could not sing. But that is history at the moment.

When did Tekno start music?

Tekno started his music career in 2012. A year after, he snagged a recording deal with Ubi Franklin’s Made Men Music Group

Where Does Tekno come from?

Tekno was born in Bauch state but is from the southeastern part of Nigeria.

Tags
Featured Tekno
John Anusie Follow on Twitter January 13, 2023Last Updated: January 13, 2023
Check Also
Close
Back to top button
Close
We use cookies on our website to give you the most relevant experience by remembering your preferences and repeat visits. By clicking “Accept”, you consent to the use of ALL the cookies. In case of sale of your personal information, you may opt out by using the link .
Cookie settingsACCEPT
Manage consent