Leading African business conglomerate, Dangote Group has reacted to news that its refinery’s commissioning date has been set. News making the rounds had said that the refinery would begin operations on 24 January, 2023 but the spokesperson of the conglomerate has come out to debunk this news.

The refinery though, is currently 97 percent complete as reported by the Nigerian Midstream and Downstream Petroleum Regulatory Authority (NMDPRA) also known as ”The Authority”. 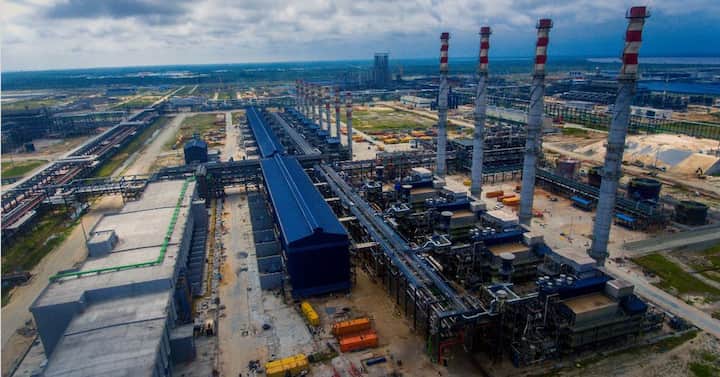 When representatives of the Dangote Refinery recently visited Farouk Ahmed, Chief Executive of NMDPRA, in his office in Abuja, FCT, to discuss the facility’s work plan for 2022–2023, he made this news public. Ahmed further emphasized the significance of the Dangote Refinery to the nation and gave the assurance that “The Authority” will provide all necessary assistance to enable its early completion and start-up.

According to the report, the Dangote refinery will likely produce polypropylene, jet fuel, and gasoline and diesel of Euro-V standard, as well as 4,000 direct jobs and 145,000 indirect jobs. In terms of the refinery’s immediate advantages for Nigeria’s energy customers, the new refinery is anticipated to increase that nation’s capacity for refining, assist in meeting the rising demand for fuels, and result in cost and currency savings.

Tags
dangote group
Ebuka NwachukwuJanuary 16, 2023Last Updated: January 16, 2023
Check Also
Close
Back to top button
Close
We use cookies on our website to give you the most relevant experience by remembering your preferences and repeat visits. By clicking “Accept”, you consent to the use of ALL the cookies. In case of sale of your personal information, you may opt out by using the link .
Cookie settingsACCEPT
Manage consent