Niniola has got to be one of the most talented female singers in Nigeria. But it would almost seem as though she is still underground and hasn’t really ‘blown’ like that, owing to the poor manner at which Nigerians appreciate their stars or give them their flowers. However, Adekunle Gold begs to differ.

Singer Simi’s hubby got on Twitter to show the renowned female vocalist a shout-out. “Leave dance music for Niniola,” he tweeted. And clearly, no one does it like Nini when it comes to African dance music. It’s pretty much looks like the genre was made specially for her with the way she effortlessly keeps producing dance hits like it grows at her backyard.

About a week ago, she put out a really colorful music video for her recently-released single which she calls, “Fuku.” In the video, the stunning and endowed soprano gave yet another visually stunning performance. She totally put on a show for her fans in a vibrant, vivacious, and stunningly beautiful visual style.

With the imaginative video for her party starter song, which was shot in Lagos by Ritzy for Crane Studios, Niniola is capping the year strong and establishing the tone for the upcoming holiday season. With no obvious competitors in the international music industry, Niniola is without a doubt the Queen of Afro-House music.

Tags
Adekunle Gold Niniola
Ikedichim Chibundu Follow on Twitter December 7, 2022Last Updated: December 7, 2022
Check Also
Close
Back to top button
Close
We use cookies on our website to give you the most relevant experience by remembering your preferences and repeat visits. By clicking “Accept”, you consent to the use of ALL the cookies. In case of sale of your personal information, you may opt out by using the link .
Cookie settingsACCEPT
Manage consent 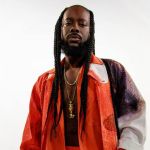 Adekunle Gold Compliments Niniola For Her Contribution To African Music