T-Pain appears to be in trouble as a result of a Twitch chat with DJ Akademiks. T-Pain recently reconnected with Akademiks for a casual discussion about all things pop culture. During the discussion, T-Pain shared a viewpoint about Tupac Shakur that surprised listeners. Pain thinks that Pac would not have attained the same level of acclaim if he had flourished in the age of social media or in the contemporary Hip Hop culture.

T-Pain received immediate outrage after some of his remarks about Shakur went viral, and he even received criticism from his colleagues. Boosie Badazz was one of those who vehemently disagreed with Pain’s assessment of the late Rap icon, and he responded on Twitter. 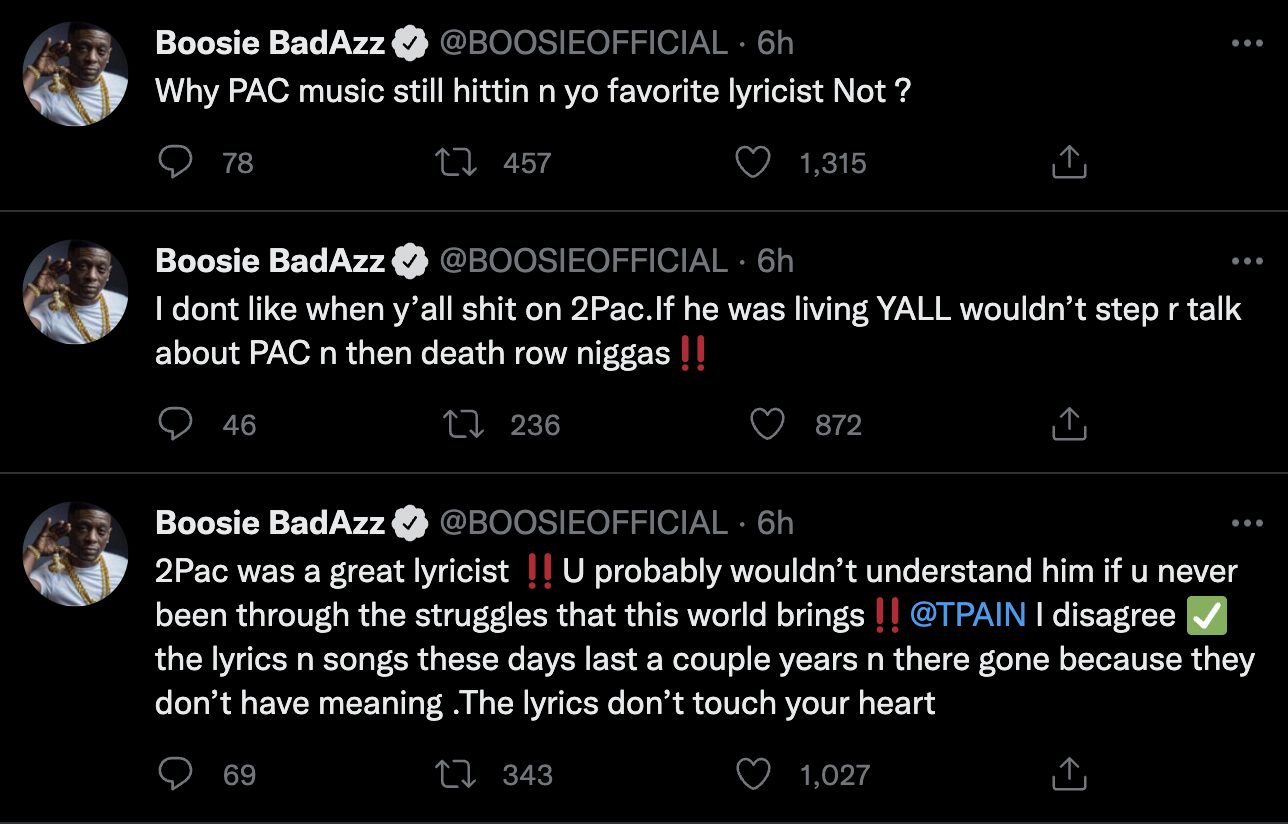 Tags
Boosie Badazz T-Pain Tupac
Ikedichim Chibundu Follow on Twitter July 14, 2022Last Updated: July 14, 2022
Check Also
Close
Back to top button
Close
We use cookies on our website to give you the most relevant experience by remembering your preferences and repeat visits. By clicking “Accept”, you consent to the use of ALL the cookies. In case of sale of your personal information, you may opt out by using the link .
Cookie settingsACCEPT
Manage consent