Will Smith unexpectedly landed Chris Rock a life-changing slap at the 94th annual Academy Awards following the comedian’s joke about his wife, Jada Pinkett Smith. In what appears to be the most-talked-about moment at Sunday’s Oscars, the King Richard star gently walked up the stage and slapped Rock after he had casually joked about his wife and a sequel to the 1997 film, G.I. Jane.

Jada obviously did not seem moved by the so-called joke. “Will Smith just smacked the shit out of me,” said a surprised Rock after Smith had gotten out of his seat to deliver to his face the message from his palm.

Moments later, Smith bagged his first Oscar for Best Actor for his role as Richard Williams in King Richard. While accepting the award, he offered an apology.

“I want to apologize to all my fellow nominees,” he said. “Art imitates life. I look like the crazy father, just like they said about Richard Williams. But love will make you do crazy things.”

Following the epic ceremony, the internet was set ablaze, as folks and even celebs had comments to make, including Jaden who tweeted, “And That’s How We Do It”. 50 Cent also had a meme for the occasion: 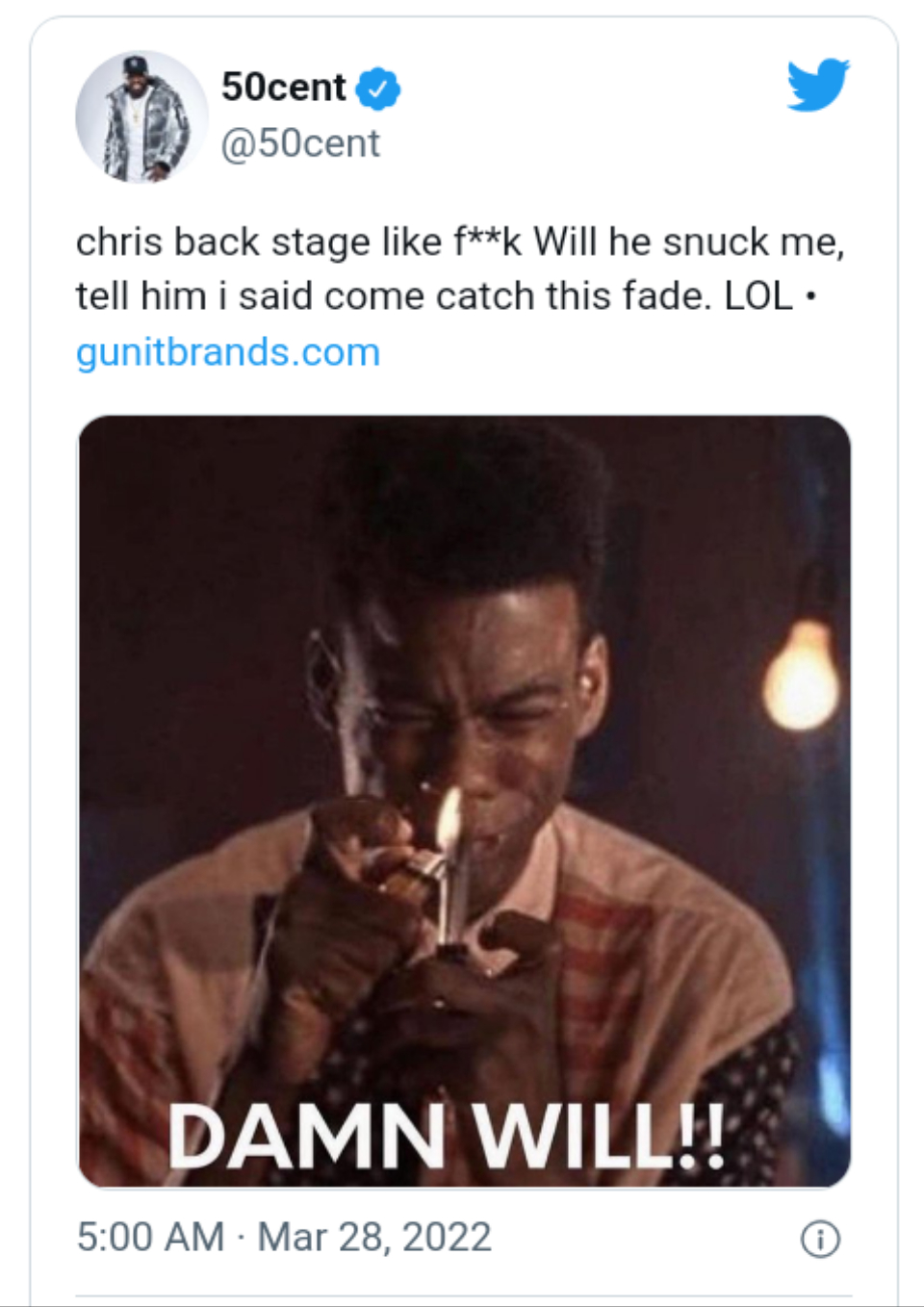 Tags
2022 Oscars Chris Rock Will Smith
Ikedichim Chibundu Follow on Twitter March 28, 2022Last Updated: March 31, 2022
Check Also
Close
Back to top button
Close
We use cookies on our website to give you the most relevant experience by remembering your preferences and repeat visits. By clicking “Accept”, you consent to the use of ALL the cookies. In case of sale of your personal information, you may opt out by using the link .
Cookie settingsACCEPT
Manage consent