Will Smith made his first appearance on The Daily Show With Trevor Noah since slapping Chris Rock on the Dolby Theatre stage at this year’s Oscars on Monday, marking his return to late-night television. Smith began by calling it “a horrific night” when Noah asked him about his path in the months following the slap incident.

“[There are] many nuances and complexities to it, you know, but at the end of the day, I just, I lost it, you know,” Smith admitted to Noah. “I guess what I would say, you just never know what somebody’s going through.”

He went on to say that he was experiencing something that night, not that it “justifies my behavior at all.”

“You’re asking, what did I learn? And it’s that we just got to be nice to each other man,” said Smith. “You know, it’s like, it’s hard. And I guess the thing that was most painful for me is, I took my hard and made it hard for other people. You know, it’s like, I understood the idea when they say hurt people hurt people.”

The actor, according to Noah, merely stood up for the wrong cause at the wrong time. Noah recalled having a friend call him and claim that they had seen the real Smith acting that night. Smith responded for the first time when the Daily Show host said that the situation was becoming “relentlessly shitty.”

The Daily Show audience cheered as Noah admitted to Smith that he believes he made a mistake and that the actor is not who he claimed to be, prompting Smith to break down in tears. He then revealed during the chat that he had been holding in a lot of anger for a very long time.

Tags
Will Smith
Ikedichim Chibundu Follow on Twitter November 29, 2022Last Updated: November 29, 2022
Check Also
Close
Back to top button
Close
We use cookies on our website to give you the most relevant experience by remembering your preferences and repeat visits. By clicking “Accept”, you consent to the use of ALL the cookies. In case of sale of your personal information, you may opt out by using the link .
Cookie settingsACCEPT
Manage consent 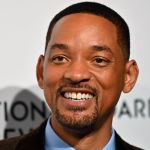