Ladipoe, the sole rapper on Mavin Records, expressed his feelings regarding Wizkid’s assertion that rap is dead on Cool FM’s Midday Show with Do2dtun and Eve.

In the interview, the rapper Ladipoe discussed Wizkid’s remarks about rap. Ladipoe believes Wizkid is influential and that his words will undoubtedly affect people’s perceptions. Ladipoe asserts that “nobody needs to be insulted” and that everyone is genuinely promoting their beliefs. He refers to himself as “The leader of revival,” and his supporters have faith in him.

He claimed that the reason Wizkid’s interview didn’t set him off was that the musician avoided using names or mentioning specific nations. However, he pointed out that many Nigerian artists subsequently reacted and were vindictive, prompting Wizkid to also reply with Snapchat posts, where he really did go below the belt to broke-shame African rappers, which is what unsettles Ladipoe.

There are future musicians that feel they are not on the right track, and Wizkid is so influential that his remarks have an impact, explained Ladipoe. Because all aspiring artists want validation, such words from the Grammy Award-winning performer may demoralize such aspiring artists. Having all that star power comes with responsibilities. Sadly, that fact sometimes ends up flying over the head of many established artists.

Tags
Ladipoe Wizkid
Ikedichim Chibundu Follow on Twitter December 9, 2022Last Updated: December 9, 2022
Check Also
Close
Back to top button
Close
We use cookies on our website to give you the most relevant experience by remembering your preferences and repeat visits. By clicking “Accept”, you consent to the use of ALL the cookies. In case of sale of your personal information, you may opt out by using the link .
Cookie settingsACCEPT
Manage consent 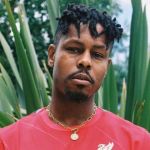