Latto has made a name for herself over the years with her explicit yet powerful bars on tracks, often citing her wealth, influence and boss status.

Her single, “Big Energy,” which greatly paved the way for her new album, gained recognition from having sampled Tom Tom Club’s “Genius Of Love.” The sample was first made popular on Mariah Carey’s “Fantasy”, but is now garnering even more attention as the remix with Mariah was released this past Monday.

This remix arrives just days after Latto’s sophomore album, 777, was released. Sitting down with Variety in a new interview, Latto showered praises on the vocal legend.

The advice in question had something to do with having a strong work ethic.

“She was just saying how hard she had to work to [get] where she got, being in a generation where there wasn’t a lot of biracial females [in music] at the time and all of her hardships coming up,” said Latto.

Talking about the new album, she talked about facing some challenges, of which a greater portion came from herself.

“It kind of turned into me vs. me,” said Latto. “I was making these fire songs that couldn’t have just any song come after it on the track list. It was definitely a challenging process, but I feel like I remained authentic.”

Tags
Latto
Ikedichim Chibundu Follow on Twitter March 30, 2022Last Updated: March 31, 2022
Check Also
Close
Back to top button
Close
We use cookies on our website to give you the most relevant experience by remembering your preferences and repeat visits. By clicking “Accept”, you consent to the use of ALL the cookies. In case of sale of your personal information, you may opt out by using the link .
Cookie settingsACCEPT
Manage consent 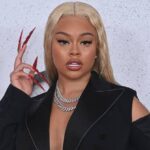