It’s only a few days till Latto releases her new album, but with its arrival also comes a few hiccups.

The rapper, this Friday, the 25th of March, will be dropping her anticipated new album, “777”. But speaking in a recent interview with Big Boy’s Neighborhood, Latto disclosed how she was experiencing some disturbing issues while finishing up the project. “I’m clearing my album right now, and it’s been difficult to deal with these men,” she said. “They don’t know how to keep it business.”

Latto said a male rapper featured on the upcoming album was giving her a hard time just because she wouldn’t return his flirtations via DM. “We tolerate too much,” she added. “We think, like, ‘Oh, well that just comes with the game, being a female rapper,’ but it shouldn’t though.”

Last month, Kodak Black paid a visit to The Breakfast Club, where he openly spoke about collaborations with female rappers. From what he said during the interview, he has to first of all gain carnal knowledge of them, including his own female artistes.

A post shared by The Neighborhood Talk, LLC (@theneighborhoodtalk)

Upon the unveiling of 777’s tracklist which boasted Kodak Black as a feature, fans jumped straight to conclusions that it was definitely Kodak. Whatever happens, the truth will always find its way to the light. Below are some of the Twitter fan reactions to the tracklist: 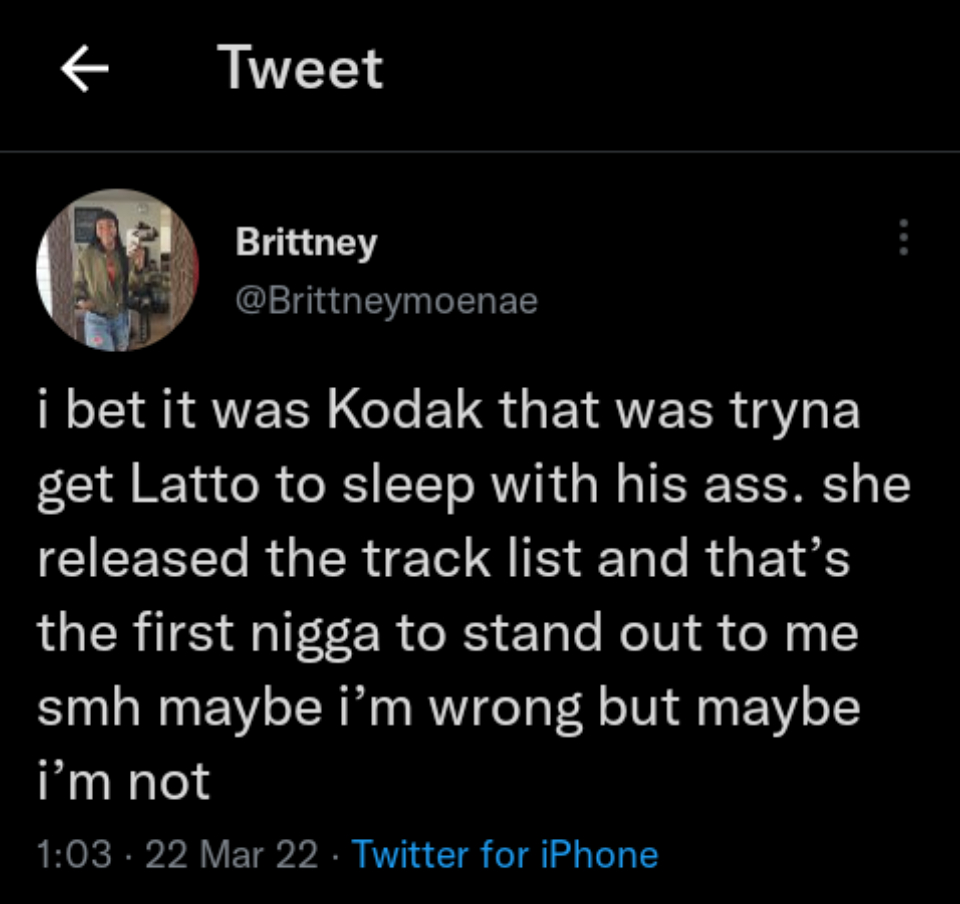 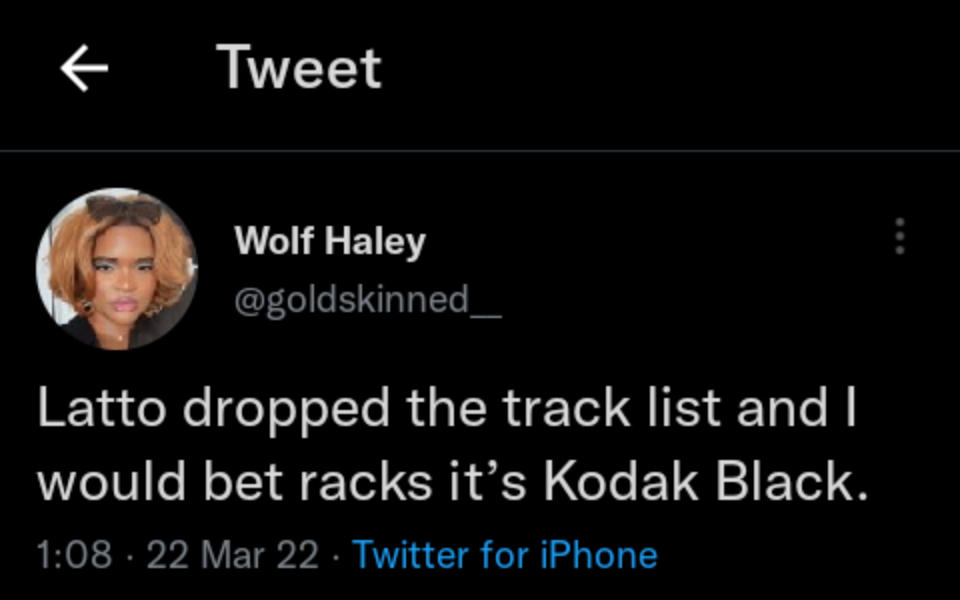 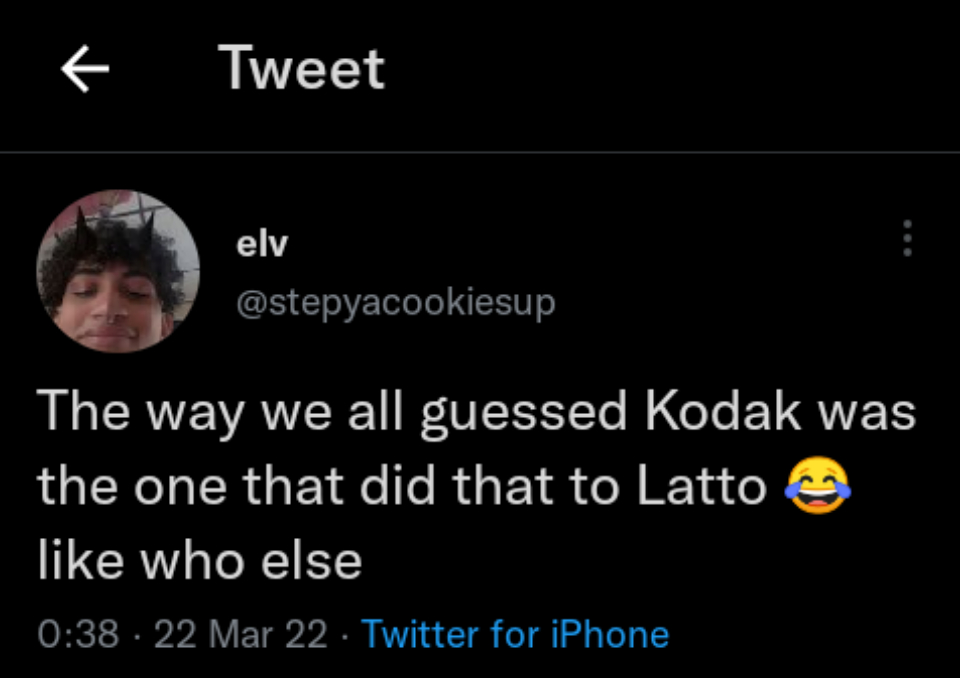