Today, human rights advocate and self-proclaimed ‘Anti-country’ country and soul artist Lou Ridley returns with her first release of the year titled “Bless Your Heart.” The track, named after a phrase most southerners would agree is more of an acid-tongued remark than a positive well wish, was written after news leaked that The Supreme Court voted to strike down the landmark Roe v. Wade decision. Ridley calls to question those who radically demand their right to freedom yet in the same breath limit the same access to the country’s most marginalized communities under the guise of religious scripture. 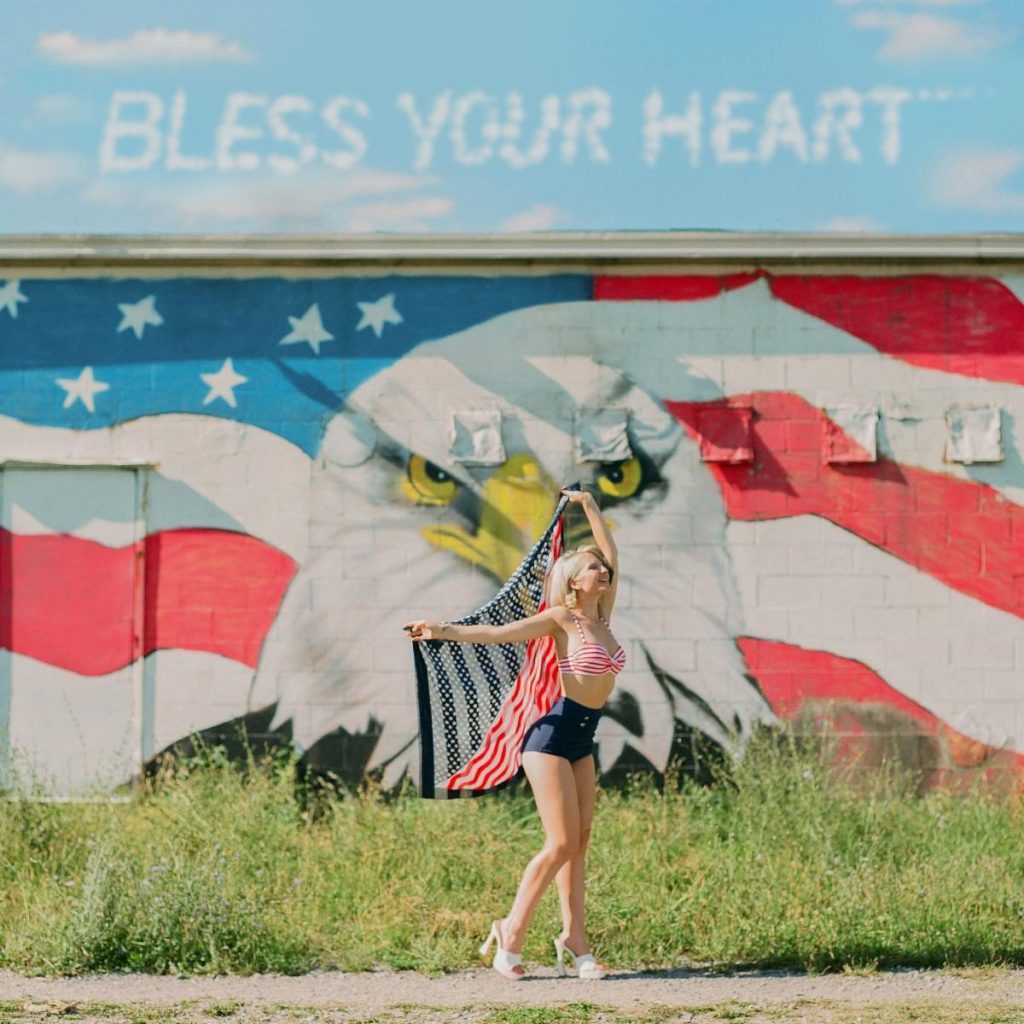 Raised in the small town of Southlake, Texas, and now, Nashville-based, Ridley is no stranger to navigating and challenging the ideals of far-right extremists and religious conservatives in the deep south. With both women’s and LGBTQIA+ rights at the forefront of recent and continuous attacks, Ridley felt responsible to speak out, especially while partaking in a genre that often looks to remain silent during controversial and conservative discussions.

“I wrote this song before the overturn. I wrote it as a southern woman whose life has been riddled with experiences of misogyny and prejudice under the guise of Christianity and God. I’m speaking directly to the cowards. In honor of not only other women but all the other lives that are threatened due to the willful ignorance of our leadership in this country. My genre (country), and the men especially, have been alarmingly quiet about these issues… so yet again I’ll grab my nuts and walk forward.”

Recently she sat down with Gloria Johnson (D – Knoxville) former teacher and Tennessee representative to learn more about what the overturn means for Tennessee residents, what to expect next, and the different ways that people can get involved. They go in-depth about healthcare, education, and LGBTQIA+ rights as well as what needs to be done to protect and better them.

Lou Ridley has been making waves in Nashville for not submitting to the typical textbook ‘country’ artist image. She fearlessly aims to push the boundaries by being unapologetically vocal about Nashville’s ‘boys club’ culture as well as its lack of inclusion and representation. Last year Ridley stormed onto the scene with her wildly popular track “Hometown” written about her hometown of Southlake, Texas, and her sophomore EP titled Angel/Outlaw which lead to praise from The Recording Academy/Grammys, People Magazine, and Houston Chronicle to name a few. Aside from music, she works closely with the Patrick Cady Foundation in Los Angeles to aid unhoused men and women fighting addiction (See here on Soft White Underbelly).

Listen to Bless Your Heart below: