Rap Icon Master P has announced the death of his daughter, Tytyana Miller. Master P has taken to Instagram to mourn the loss.

The 29-year old Miller is the product of a union between Master P and his ex-wife Sonya C. In the post shared via his Instagram account, Master P announced that his family was going through a tough following the loss o their daughter while requesting privacy from the public.

While the cause of death has remained undisclosed, Master P hinted in his post that the death might be related to mental illness arising from substance abuse.

Announcing the death on his private Instagram account, Tytyana’s elder brother, Romeo Miller, shared a heartfelt tribute to his younger sister. Romeo described his sister as an “amazing little sister, ” convinced that Tytyana was now at peace and in a better place. He also requested privacy from the public while his family dealt with this significant loss.

In the meantime, the Miller family has received condolences and well wishes from friends Loni Love and Ryan Destiny and members of the music community on Instagram.

Tytyana was reportedly suffering from substance abuse after she opened up to her father during a 2016 episode of the WE tv show. A year later, Tytyana starred in the 2017 movie A Mother’s Choice, appearing to be getting better from her earlier reported addiction. However, it seems she suffered a relapse that somehow led to her death.

Tags
Master P Tytyana Miller
Olumide JokotadeMay 31, 2022Last Updated: May 31, 2022
Check Also
Close
Back to top button
Close
We use cookies on our website to give you the most relevant experience by remembering your preferences and repeat visits. By clicking “Accept”, you consent to the use of ALL the cookies. In case of sale of your personal information, you may opt out by using the link .
Cookie settingsACCEPT
Manage consent 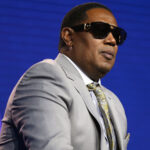