Megan Thee Stallion and Tory Lanez pour more fuel into the fire of their online feud.

Early on, the “Body” rapper had gone off on DJ Akademiks over a false report that claimed Tory’s DNA was nowhere to be found on the weapon used in the shooting. However, nothing of the sort was disclosed in court. The pre-trial hearing was also moved up to April.

After Meg blasted the “false narratives”, Tory responded with something that seemed like shade toward her. “…. u can’t buy and tweet your way out of this one ..not today,” he tweeted. 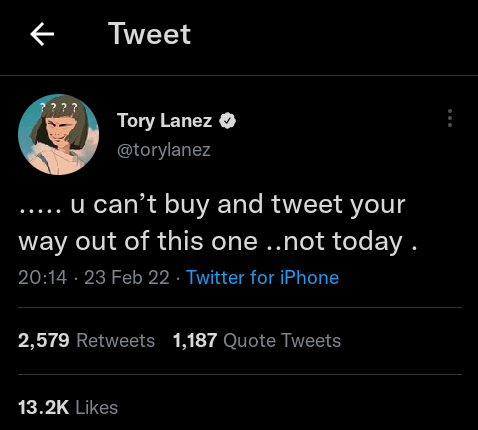 Megan came back at him by sharing a text message from Tory rendering an apology to her, and later clapped back after Tory claimed that his text was not in connection with the alleged shooting. 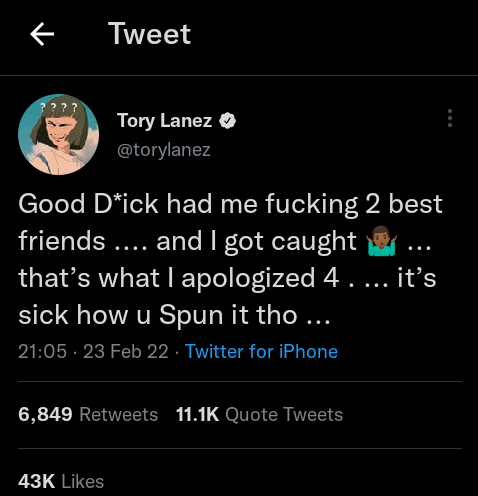 “Fu**ing two best friends… Ni**a you shot me you know what’s what you were apologizing for,” she wrote on her Instagram Story. “You keep putting a narrative out that me and my friend fell out abt you and that’s not true! Why are you skipping over the shooting just admit you shot me bc she definitely ain’t do it and I ain’t shoot my damn self.”

She added, “You think it’s okay to shoot me then harass me online and make it like this was some weird catfight what the actual f**k is wrong with you.”

Tags
Megan Thee Stallion Tory Lanez
Ikedichim Chibundu Follow on Twitter February 24, 2022Last Updated: March 31, 2022
Check Also
Close
Back to top button
Close
We use cookies on our website to give you the most relevant experience by remembering your preferences and repeat visits. By clicking “Accept”, you consent to the use of ALL the cookies. In case of sale of your personal information, you may opt out by using the link .
Cookie settingsACCEPT
Manage consent