Megan Thee Stallion will be giving the hotties a collaboration with British sensation, Dua Lipa, out this week! March 11th to be precise.

The “Good News” rapper broke the news about the joint effort in a tweet on Sunday. The post includes photos of four cakes featuring pictures of both artists depicted on the icing. 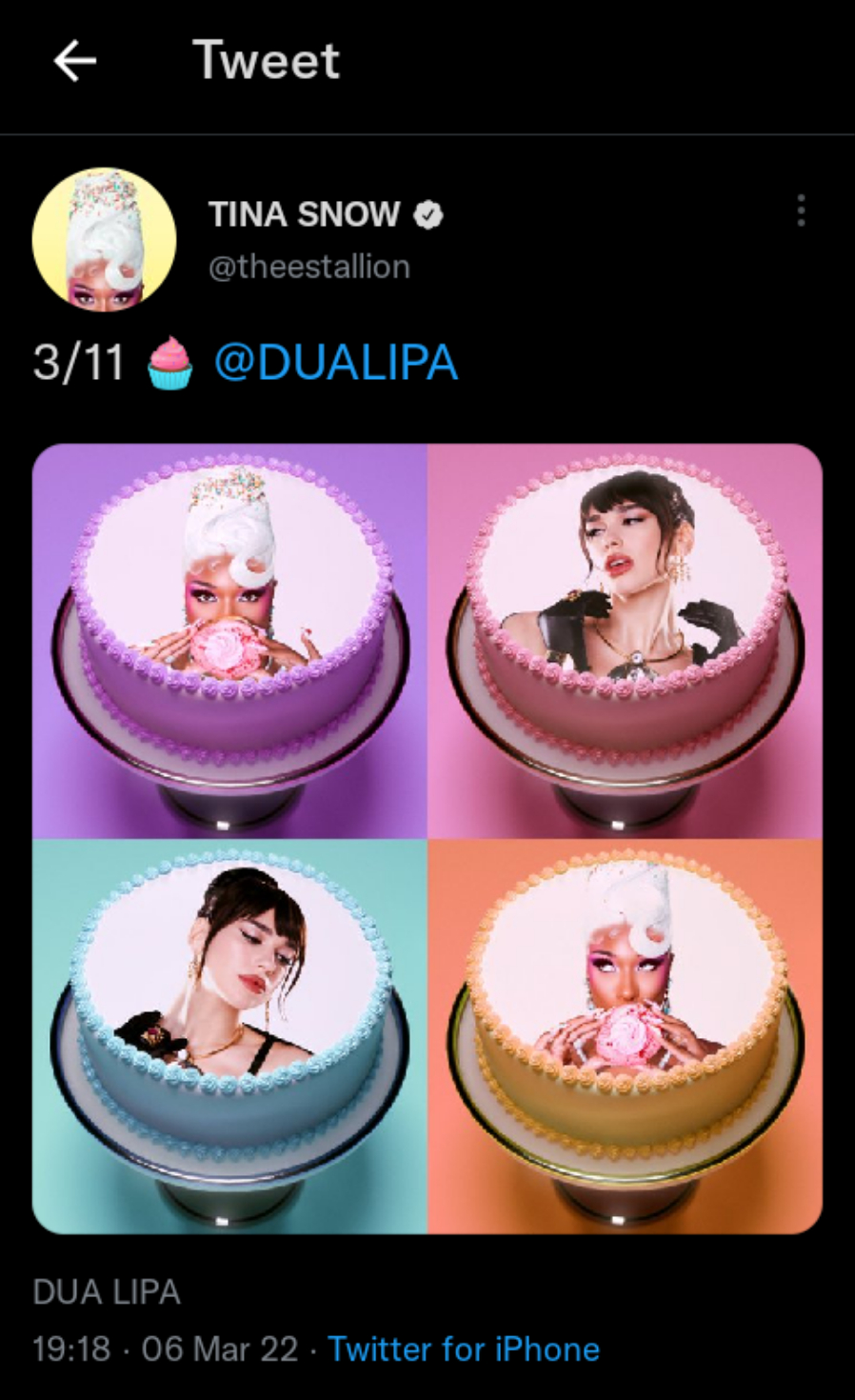 Dua Lipa also did the same on her IG page, sharing a snippet of the unreleased track, with more pictures of both artists. Later this month, Meg will also be join Lipa on road in the US to support her on three stops of her ‘Future Nostalgia’ tour in Denver, Tulsa and Phoenix.

Meanwhile, last week, the Houston rapper let her fans know about her very first VR concert tour, ‘Enter Thee Hottieverse’. The VR concert will comprise of a multi-song set that would wade through a series of environments, featuring “hot custom” wardrobes.

Lipa, on the other hand, is currently being faced with two copyright infringement lawsuits for her hit single “Levitating.” Levying the first complaint was Florida reggae band, Artikal Sound System, while the latest suit was filed by songwriters L. Russell Brown and Sandy Linzer, who allege Lipa infringed upon the copyright of their disco track “Wiggle and Giggle All Night”, released in 1979.

Tags
Dua Lipa Megan Thee Stallion
Ikedichim Chibundu Follow on Twitter March 7, 2022Last Updated: March 31, 2022
Check Also
Close
Back to top button
Close
We use cookies on our website to give you the most relevant experience by remembering your preferences and repeat visits. By clicking “Accept”, you consent to the use of ALL the cookies. In case of sale of your personal information, you may opt out by using the link .
Cookie settingsACCEPT
Manage consent