Fans have been anticipating Halle Bailey’s performance as Ariel in the new The Little Mermaid live-action version since the Chloe x Halle singer was cast. Melissa McCarthy praised her vocal talents during a recent visit on Watch What Happens Live.

“I had a truly, really — not weird reaction, just overwhelming,” McCarthy, who plays Ursula in the upcoming film, expressed her excitement. “It’s so beautiful and it’s just different. That girl has got roots down and she sings from her heart. When I heard it, there were like seven of us that just burst out crying because we had not heard it.”

McCarthy continued to compliment Halle’s abilities, though she did not specify whether the songs she heard were renditions of the original animation’s songs or new ones for the live-action remake.

“She is a remarkable young woman in every moment, how she is on set, how she is as a person, and I burst out crying. And now I realize, now she’s thinking, ‘There’s a really old woman in front of me crying and this is weird.’ But I couldn’t get it together,” admitted McCarthy.

Halle responded to McCarthy’s remarks on Twitter, thanking her co-star. She added a few emojis to her message and stated, “This was so kind, miss you.” 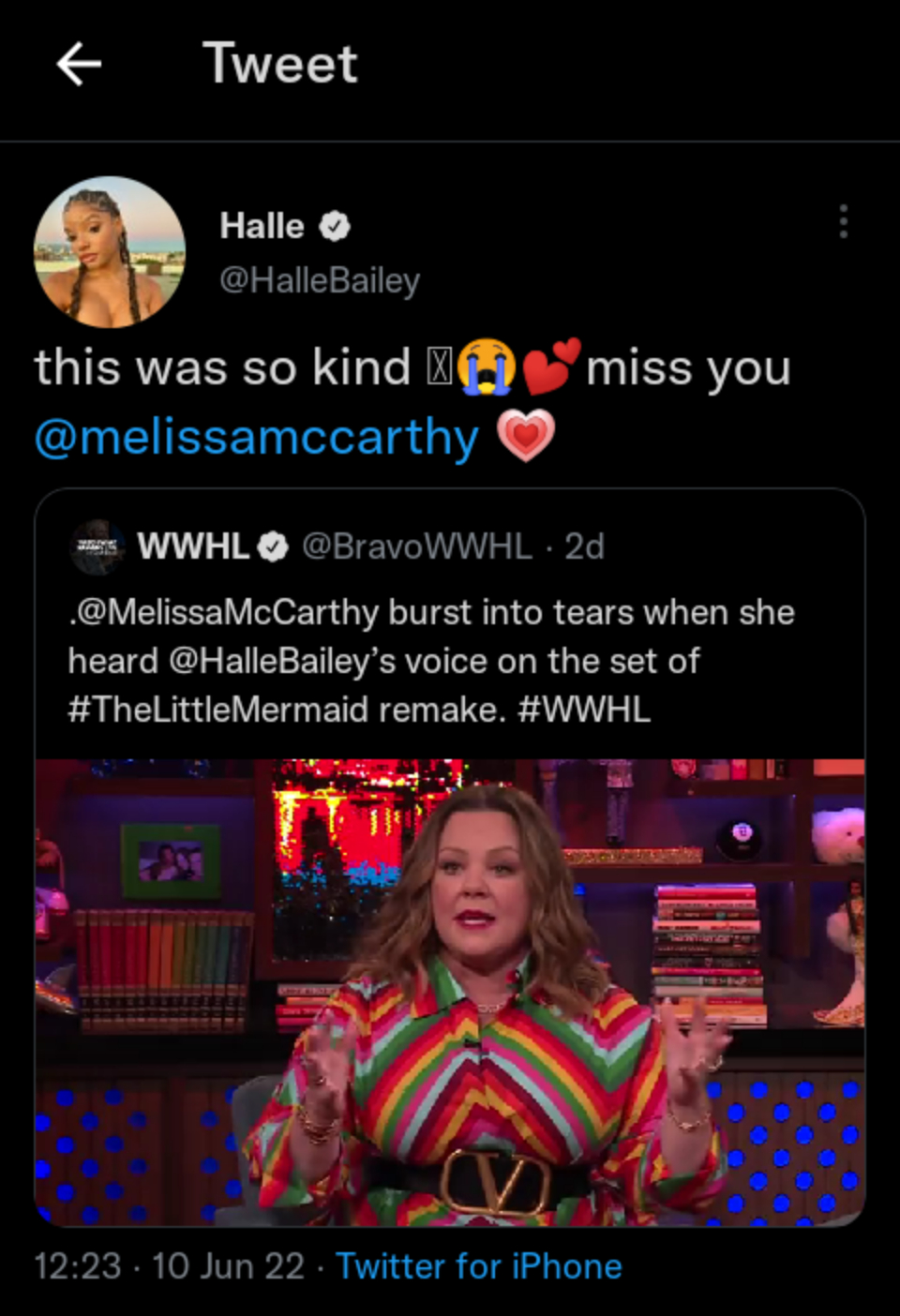 Tags
Halle Bailey Melissa McCarthy
Ikedichim Chibundu Follow on Twitter June 12, 2022Last Updated: June 12, 2022
Check Also
Close
Load more
Back to top button
Close
We use cookies on our website to give you the most relevant experience by remembering your preferences and repeat visits. By clicking “Accept”, you consent to the use of ALL the cookies. In case of sale of your personal information, you may opt out by using the link .
Cookie settingsACCEPT
Manage consent