Afrobeats superstar and Grammy award-winning singer, Wizkid has confirmed completing his fifth studio album titled More Love Less Ego (MLLE). This is the second time the artist will be teasing the release of the new project after he teased a new song off the album with Wande Coal earlier in January.

According to a report, Big Wiz shared the news of the completion of his album through a series of posts on his Instagram story on Sunday. Sharing the news, Starboy revealed why this album meant a lot to him while thanking everyone who worked with him on the project. 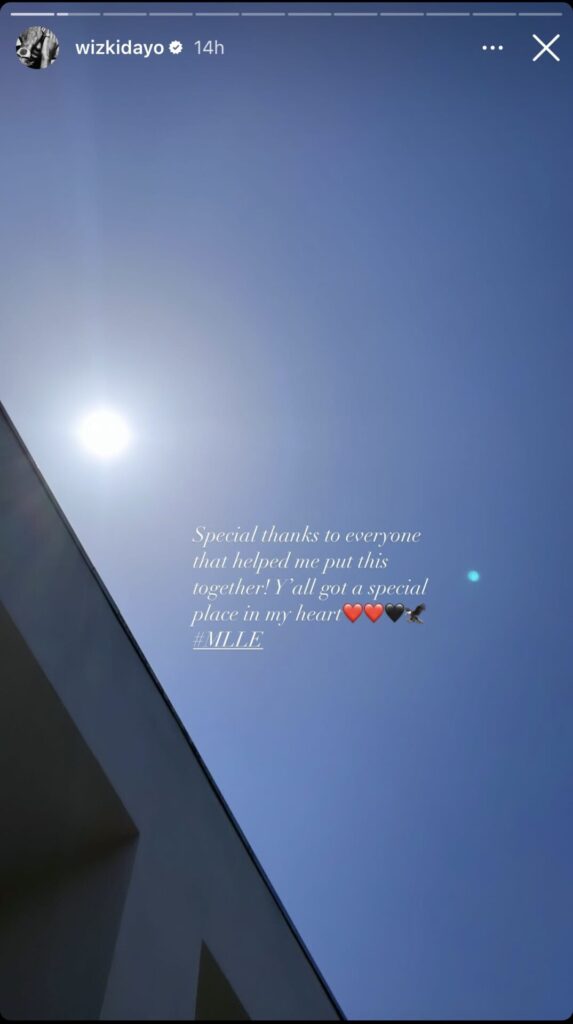 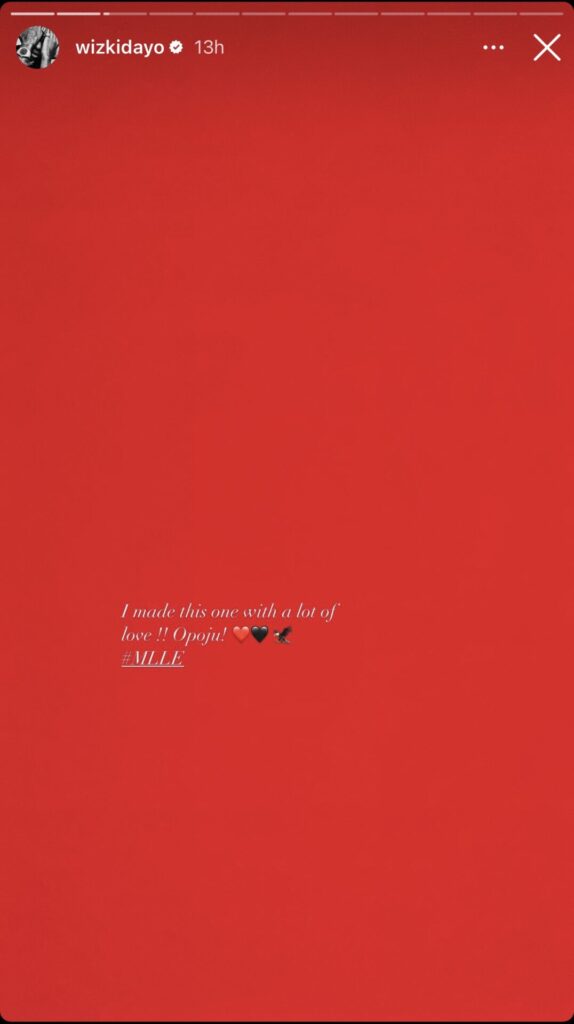 The album billed to be released in the second quarter of the year will be coming two after the release of Wizkid’s recording breaking fourth studio album, “Made in Lagos”. A deluxe version of MIL was released in 2021 with guest appearances from Nigerian artist Buju and Canadian singer Justin Bieber. The 14-track original version itself featured many foreign features with artists like Skepta and Ella, H.E.R., Projexx and Damian Marley, and Nigerian artists Burna Boy, Tay Iwar, Terri and Tems.

Made in Lagos has thus far earned Wizkid three Grammy nominations and has recorded over one billion streams across streaming platforms globally in 2021, barely a year after its release. The album also helped Wizkid become the highest-charting Nigerian artist on the Billboard Hot 100.

With a proven history of producing better sounds with each new album, Wizkid’s More Love Less Ego album is expected to top the gains of Made in Lagos.

Tags
Wizkid
Olumide JokotadeMay 23, 2022Last Updated: May 23, 2022
Check Also
Close
Back to top button
Close
We use cookies on our website to give you the most relevant experience by remembering your preferences and repeat visits. By clicking “Accept”, you consent to the use of ALL the cookies. In case of sale of your personal information, you may opt out by using the link .
Cookie settingsACCEPT
Manage consent