Young Thug’s babymama has reportedly been gunned down at a bowling alley in Atlanta.

LaKevia Jackson, 31, was out attending a birthday bash at Metro Fun Center just yesterday evening, Thursday, March 17th, when she was shot and killed over a freaking bowling ball! And that’s according to Atlanta police.

However, investigators now disclose to CBS46 that Jackson actually did get into a fight first, which later escalated into flying bullets from a gun. Apparently she was shot at as she was taking her leave the bowling alley just after turning up with her best friend for her birthday.

According to The Neighborhood Talk, the woman that was shot and killed was identified to be the mother to one of Young Thug’s six kids. Jackson’s mother claimed the suspect waited in the parking lot for 20 whole minutes for her daughter before making the lethal move.

“I didn’t know that was going to be the last time I talked to my baby,” Sherina Jackson said. “I could hear her over the phone crying and screaming then her best friend said she’s not breathing!” In addition, she said, “I lost my baby all over a bowling ball.”

The Atlanta Police Department is currently close to nabbing the suspect, based on ballistic and surveillance evidence, together with testimonies from live witnesses.

Oh my God, Young Thug’s baby mama, LaKevia has reportedly been shot and killed over an argument over a bowling ball in Atlanta. pic.twitter.com/kJiBnnU0oz 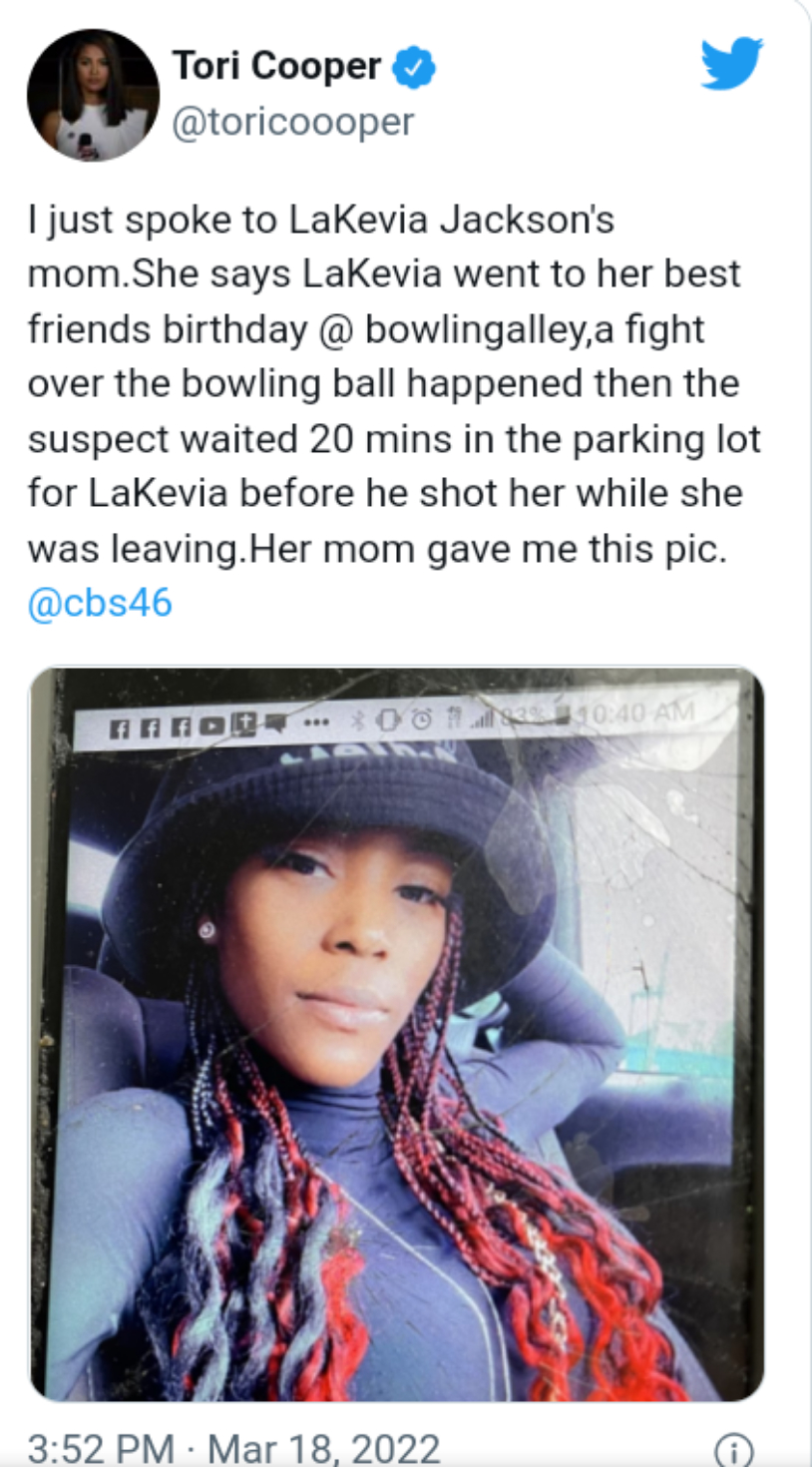 Tags
LaKevia Jackson Young Thug
Ikedichim Chibundu Follow on Twitter March 18, 2022Last Updated: March 31, 2022
Check Also
Close
Back to top button
Close
We use cookies on our website to give you the most relevant experience by remembering your preferences and repeat visits. By clicking “Accept”, you consent to the use of ALL the cookies. In case of sale of your personal information, you may opt out by using the link .
Cookie settingsACCEPT
Manage consent