According to Page Six, Colson Baker finished his Mainstream Sellout tour with a bang on Saturday night (August 13). In his final performance, the 32-year-old stunned the crowd at FirstEnergy Stadium in Cleveland, Ohio, by zip lining the length of a full football field.

The stunt was unquestionably awesome, and videos of it have been going viral on social media for the past few days. However, as it turns out, it was added at the last minute to the evening’s schedule, and MGK was repeatedly told that it wouldn’t be possible to pull off his vision.

“It was his idea and was executed in less than 24 hours,” shared an insider close to the rockstar. “The zip line was erected that day to take him from the top of the Browns’ stadium across 50,000 fans to the opposite side of the field.”

As the concert went on, Kelly “announced to the audience that up until a few hours before the show he was told it couldn’t be done. It was a thrilling moment from any angle as you can see from the many videos circulating.” The native of Ohio uploaded a video of the exciting event to his own Instagram page with the remark “til I die.”

Tags
Machine Gun Kelly
Ikedichim Chibundu Follow on Twitter August 16, 2022Last Updated: August 16, 2022
Check Also
Close
Back to top button
Close
We use cookies on our website to give you the most relevant experience by remembering your preferences and repeat visits. By clicking “Accept”, you consent to the use of ALL the cookies. In case of sale of your personal information, you may opt out by using the link .
Cookie settingsACCEPT
Manage consent 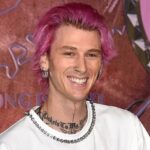