Almost a day after “The Family” was made available, the group released “TM.” The new album has 11 tracks totaling slightly over 30 minutes in length. It is a lot more satisfactory conclusion for the band and sounds much more like the rest of their discography. The sound on “TM” is distinctly BROCKHAMPTON, which was undoubtedly missed.

The genuine characteristic sound that the band leaves us with is the swing between strong rap that grooves heavily with an aggressive style and ambient mall music with delicate ballad vocals, with the occasional auto-tune. In contrast to ‘The Family,’ which was primarily Kevin Abstract’s project and had no verses from the other members, “TM” features verses from every member who is also on the album, allowing for one final serving of BROCKHAMPTON’s greatness. 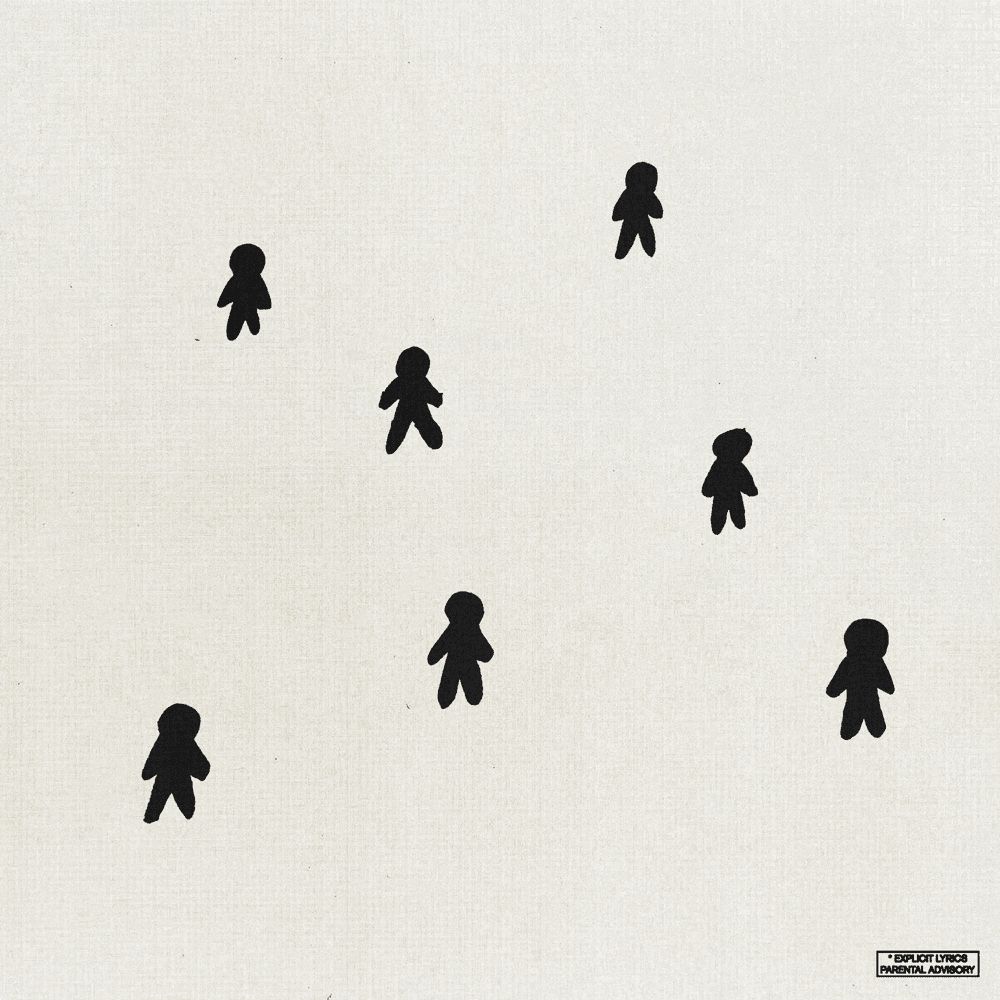 Keeping light and simple, the iconic rap band chose to use short, thick stick figures littered over a grey background for their album cover. Since this is their final presentation, less would be more.

The first track on the album, “FMG,” features warping synths and sustained ambient tones, which are swiftly followed by a powerful bass pickup and snares. It’s a dynamite intro with as much attitude front and center as possible thanks to a bombardment of loud braggadocio. Following suit, “ANIMAL” is a poppier-styled cut with a trap melody in the background. Snare hits that are loud and a bass line that keeps going are both present. While Matt Champion tries to soothe his partner, Kevin Abstract explains his urge to keep up the emotional attack.

More rumbling bass and snares are added shortly after the faded-out guitars, percussion, and vocals on “LISTERINE.” Don McLennon and Jabari Manwa discuss attaining godlike status and experiencing transcendental encounters. The track’s transhuman character is highlighted by the changed, digitally produced vocals. Kevin Abstract openly embraces the fame and money that came his way after starting his rap career with the band in the album’s outstanding song, “NEW SHOES,” which has a light guitar-driven melody.

Kevin Abstract and Merlyn Wood rap over a synth tune with snapping snares in “KEEP IT SOUTHERN.” Kevin declares audaciously that the breakup of the group feels like Tupac Shakur’s deathnight. Although exaggerated, the death of a legendary band that helped define a big amount of the past ten years is terrible in and of itself and is a loss to the fans of the band. But perhaps a more suitable metaphor could have been employed in its place.

More R&B and power-pop influences may be heard on the album’s second half, notably in the song “MAN ON THE MOON.” The song is a moodier track with heavily distorted vocals over synthesized organs that eventually transitions into a dance melody. Similar in tone and gloom, “BETTER THINGS” features a fuzzy filter over a delicate keyboard tune. Matt Champion makes a plea for someone to treat him fairly.

With a powerful piano melody and swinging snares and cymbals, “CRUCIFY ME” has a strong jazz focus. Kevin and Matt candidly consider their futures, focusing on the contrast between what is predetermined and what they want. “GOODBYE,” the album’s final track, has Joba and Matt saying their final goodbyes to the audience over a synthetic organ and kickdrum. Both singers express their thanks for the love and support they have received over the years in the lyrics, which are kind, humbling, and solemn. It serves as a sort of eulogy.

Introspection and their overall brotherhood. The album is literally an ode to the Hip-hop boy-band as they bid their final adieu to the fans and the Hip-hop community as a whole.

Load more
Tags
BROCKHAMPTON
Ikedichim Chibundu Follow on Twitter November 21, 2022Last Updated: November 21, 2022
Check Also
Close
Load more
Back to top button
Close
We use cookies on our website to give you the most relevant experience by remembering your preferences and repeat visits. By clicking “Accept”, you consent to the use of ALL the cookies. In case of sale of your personal information, you may opt out by using the link .
Cookie settingsACCEPT
Manage consent