Jon Pardi is not ashamed to show his pain. While the dance floor is bathed in a menacing glow from neon lights, tears seep through the alcohol stains on his shirt. You can expect that from “Mr. Saturday Night,” his fourth studio album. He may be mentally repeating their breakup one moment. The next moment, he is being raucous in the parking lot with his companions.

“Mr. Saturday Night” is the kind of heartache music that allows the listener the opportunity to both sob uncontrollably and dance their booties off. Simply put, Jon Pardi is our beloved King of Bleeding Hearts. With his fourth album, Jon Pardi continues to veer toward traditional country music, expertly fusing Texan twang and a touch of his native Californian sunshine. 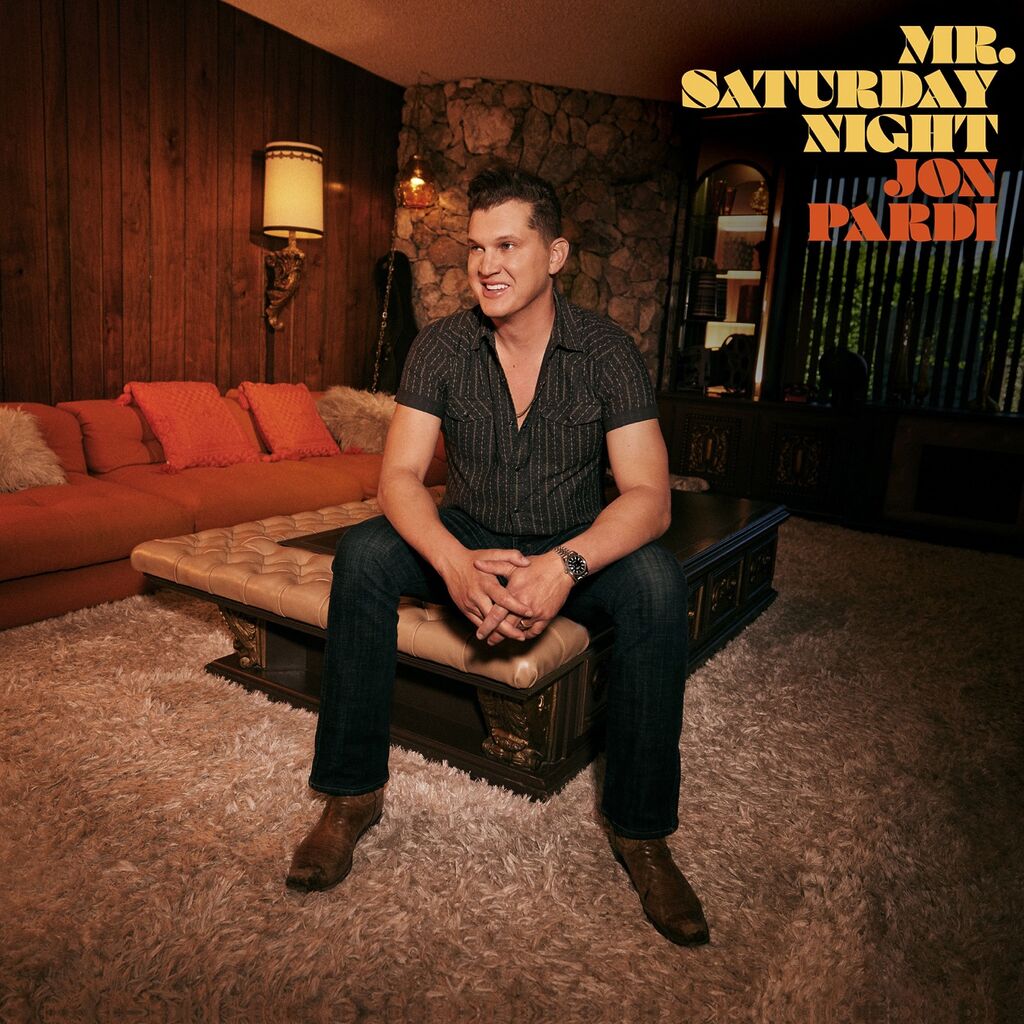 A smiling Pardi is dressed in an all-black outfit paired with some nice brown boots on his feet. Another striking eyecatcher, though, is the room in which he sits. The scene is set in a VIP section of a bar that has a table set before a red, long cushion with small pillows on it. Just about the typical environment where most fancy coming to unwind on a Saturday.

Title track, “Mr Saturday Night” should really be seen as ‘Missed Her Saturday Night.’ With its fiddle-driven feel and bar room blues, the song serves as the album’s anthem. Its somewhat inebriated melody matches the song wonderfully as Pardi laments about maintaining an image after a romance ends. As Pardi begs the fleeing woman to “put that thing in reverse, cowgirl,” all to no avail, “Reverse Cowgirl,” which boasts a great vocal turn by Sarah Buxton, has a wonderful melody that exists right at that junction where Texas meets Nashville.

“Fill Her Up” is a straightforward but contagious song about having a good time with all of your noisy pals, while “New Place to Drink” and “Workin’ on a New One” deal in a stylish manner with the conventional themes of women and beer. Songs like “Neon Light Speed,” “Raincheck,” and “Hung the Moon” are where the album’s light, shade, and delicacy can be heard. Beginning with a ‘Stand by Me’-like vibe, “Neon Light Speed” builds through the verses to a stunning, mid-tempo chorus and a bluesy guitar solo drenched in passion.

While “Raincheck” is classic George Strait from the 1980s, it’s a sleek, silky, retro-sounding country song with fiddles and sentiments that is a lament about heartbreak and loss. With some production changes and a bit less country music, “Hung the Moon” might sound like a classic Bon Jovi power ballad from the 1980s. This song has depth since Pardi sings of angels, atonement, and development. It’s a true album track rather than a single that gets better with time and repeated listens; it’s a tune that will please you time and time again.

With its lighter touch and acoustic vibes, “Santa Cruz” shifts the album’s mood, while “Longneck Way to Go” sounds like 1970s Laurel Canyon bands collaborating with Pardi and the Midland guys on an upbeat Eagles-inspired piece. The new record containing 14 songs, produced with Bart Butler and Ryan Gore, swing with pendulum precision.

On “Mr. Saturday Night,” Pardi excels in providing a collection of songs with a traditional fiddle, guitar, and piano sound while also incorporating Texas, Nashville, and California influences for good measure. This album is rewarding to listen to and is made all the more so by the subtle nuances and depth that it has.

Load more
Tags
Jon Pardi
Ikedichim Chibundu Follow on Twitter September 4, 2022Last Updated: September 4, 2022
Check Also
Close
Back to top button
Close
We use cookies on our website to give you the most relevant experience by remembering your preferences and repeat visits. By clicking “Accept”, you consent to the use of ALL the cookies. In case of sale of your personal information, you may opt out by using the link .
Cookie settingsACCEPT
Manage consent