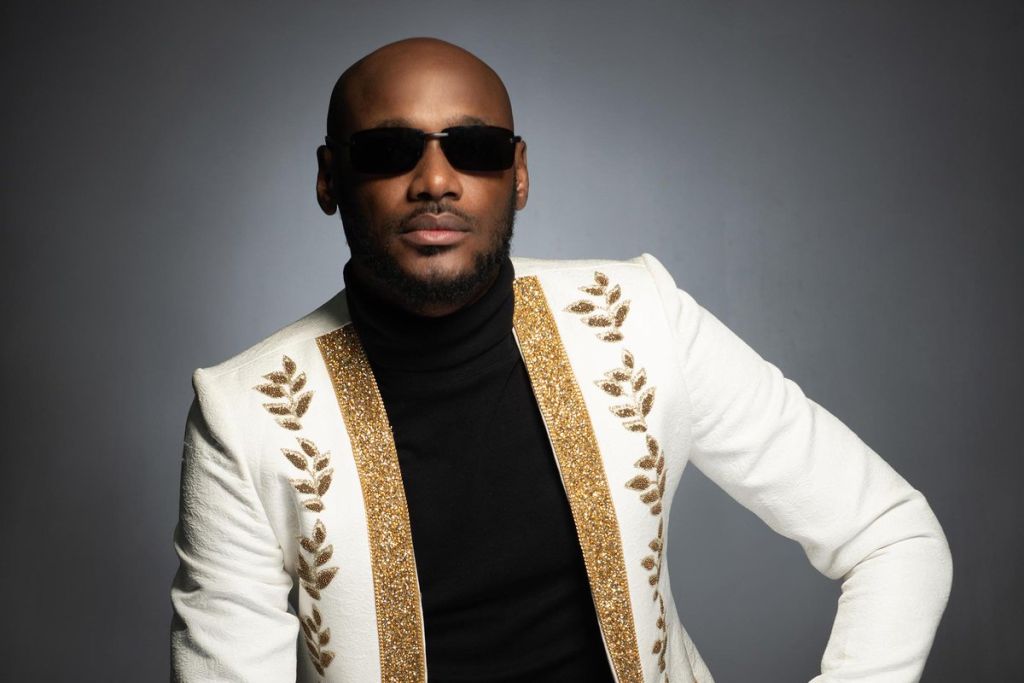 The personal story of 2Face is a classic illustration of how conscious effort and talent may completely change a person’s perception of life. This pop musician considers music more than just a hobby; it is fundamental to who he is.

He was born in Jos, Plateau State, Nigeria but hailed from the Idoma ethnic group in Benue State.

He made some money at the Enugu State Broadcasting Services (ESBS) GB fan club by writing and singing jingles. Later on, he did leave school to focus on his music career.

Along with Blackface (Ahmedu Augustine) and Faze (Chibuzor Orji), 2Face relocated to Lagos State, where the group, known as “Plantashun Boiz,” was created. In 2000 and 2003, the band released two albums, ‘Body and Soul’ and ‘Sold Out.’

They parted ways in 2004, the same year that 2Face released ‘Face 2 Face,’ his debut solo album, establishing him as a successful and skilled independent artiste.

The popular hit song “African Queen” will receive the bulk credit for the album’s success.

As one of the most honored Nigerian musicians in history, 2Baba was the first winner of the MTV EMA Best African Act category in 2005.

He released his second album, ‘Grass 2 Grace’ in 2006, and in 2007 the ‘Plantashun Boiz’ trio regrouped to make their third and final album, ‘Plan B.’

Following ‘Grass 2 Grace,’ 2Face released four more albums that propelled him to fame. ‘The Unstoppable,’ ‘The Unstoppable International Edition,’ ‘Away and Beyond,’ and ‘The Ascension’ are a few of them.

He released ‘Warriors’ in 2020 which had star-studded features. 2Baba is from a family of 6 comprising his three brothers and his parents. There’s no known record of him having a sister. 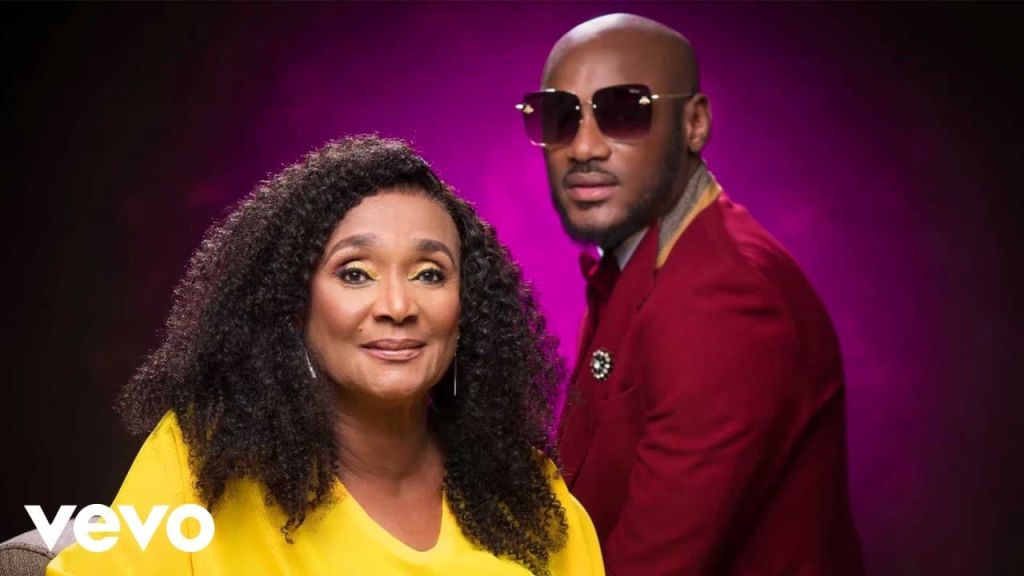 Innocent Idibia’s mother is Rose Idibia, and his father was Michael Idibia. They are both from Benue State.

Mr. Michael Idibia passed away on August 23, 2014, and was buried in their hometown of Amufu Ejeba, Enumoga Ehaje, and Okpokwu LGA in Benue State. 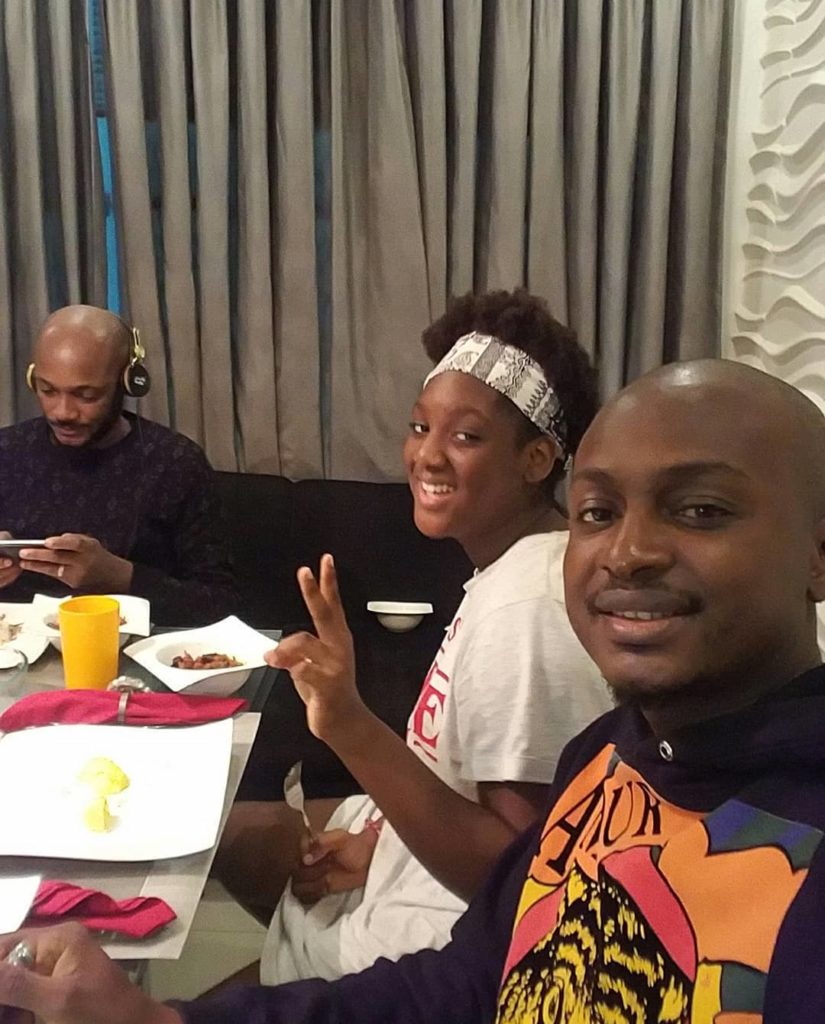 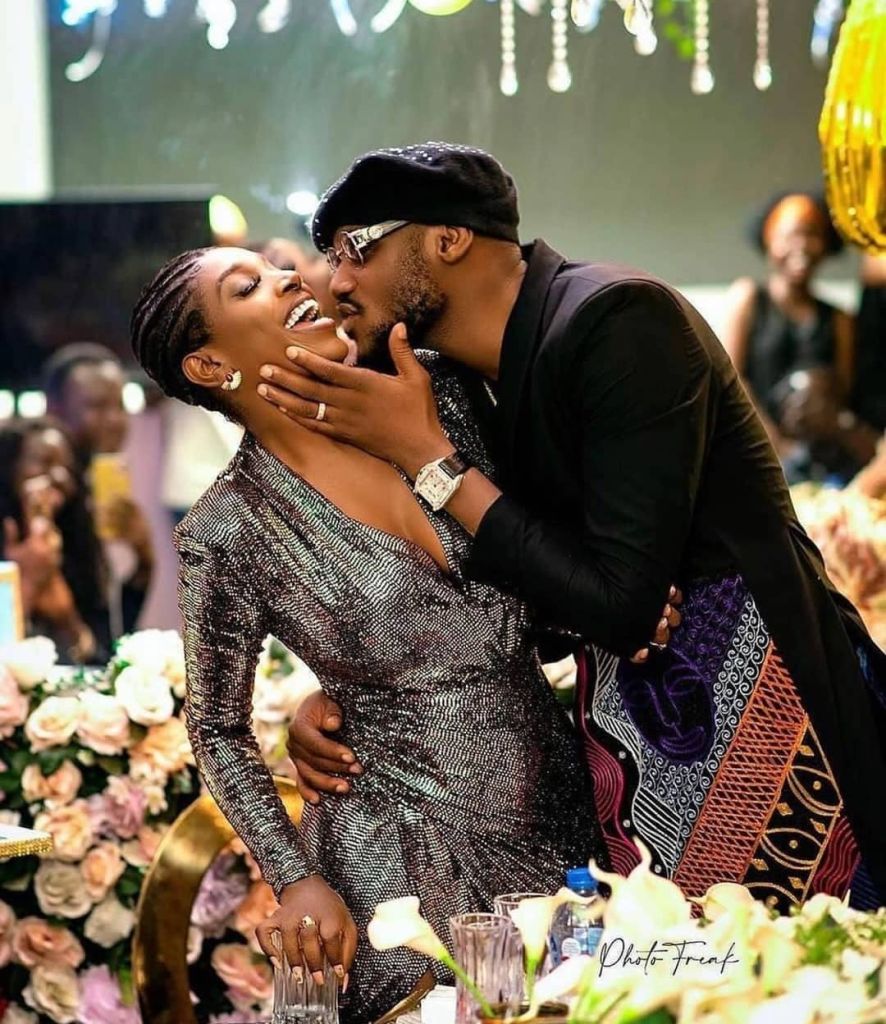 In 2012, He married the love of his life, Annie Macaulay Idibia. At a Dubai-based wedding, he exchanged vows with Her. However, Annie’s home state of Akwa Ibom is where the traditional wedding festivities were held. 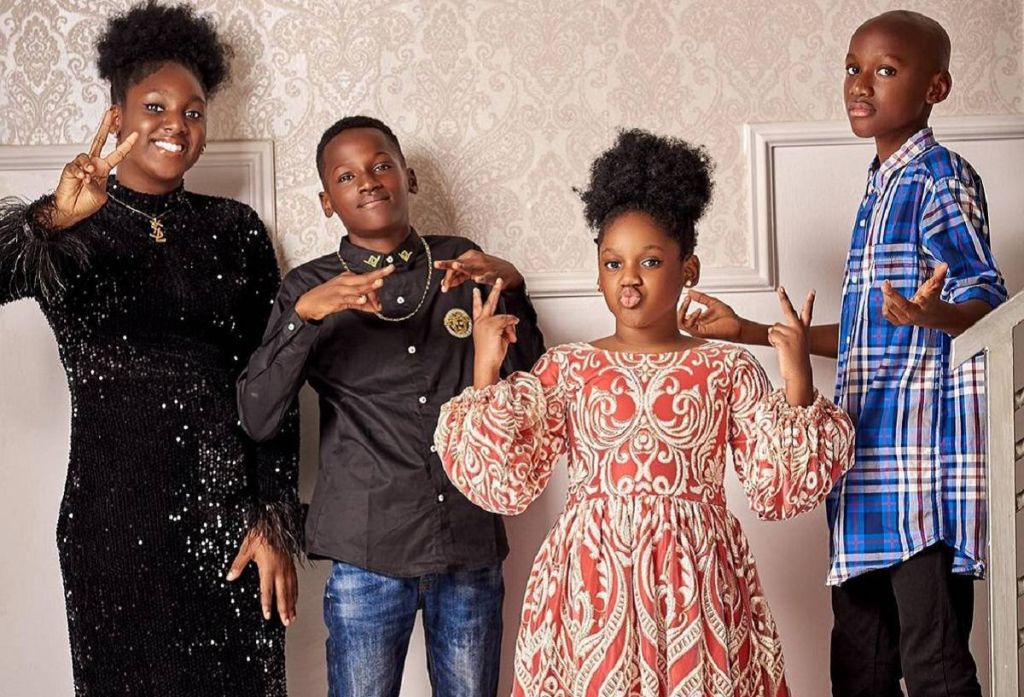 From three different ladies, 2Face has seven kids. Pero Adeniyi and Sumbo Ajaba are 2 of 2Baba’s baby mamas, and together they have given birth to 5 children.

Sumbo is a Banker and Gospel minister while Pero, daughter of P Music promoter Jide Adeniyi, is a makeup artist living in Washington. Sumbo Ajaba gave birth to two, whereas Pero gave birth to three for him. Annie gave him two girls. The General Overseer of the Royal Christian Center is presently married to Sumbo Ajaba. In contrast, Pero is still single.

2baba is a known Activist, humanitarian, and philanthropist who has also had his fair share of controversies.

“Service to humanity” is the motto of the 2Baba Foundation, an NGO that 2Baba founded.

Building a nation, fostering peace, and promoting democratic accountability are the three main focuses of the foundation’s activities.

The National Agency for Food Drug Administration and Control appointed 2Baba as an ambassador in 2009. (NAFDAC). To bring attention to the dangers of fake and subpar food and drug goods in Nigeria, he released the song “Man Unkind.”

As a result of Idibia’s services to the advancement of youth in Nigeria, the National Youth Council of Nigeria honored him with the prestigious International Youth Ambassador for Peace Summit and the Nigeria Youth Merit Award in 2009.

2Baba established a collaboration with the UN High Commissioner for Refugees in January 2017. (UNHCR). He gave the UNHCR an initial donation of more than $11,000 for IDPs and returns. In addition, he pledged to donate 60% of the song’s sales revenue to the cause of IDPs when he released the song “Hold My Hand” in June 2017 to commemorate World Refugee Day.

Additionally, he has worked with organizations including The National Democratic Institute, The Youngstars Foundation, Enough is Enough (EiE), The Nigerian Red Cross Society, and the Office of the Citizen (for Vote Not Fight campaign).

With the help of his famous status, 2Baba has given a voice to the oppressed over the years while raising awareness of concerns with governance in his nation and throughout Africa.

In April 2021, he criticized the Nigeria Center for Disease Control (NCDC) for upsetting tourists by requiring a mandatory fee (about N50,000 – fifty thousand Naira) for the COVID-19 arrival test on the NCDC’s portal while failing to provide the necessary QR codes for this test. This left a lot of tourists stuck.

The superstar has had varying conflicting reasons to be in the news, from his “African Queen” brouhaha with Blackface, where the latter accused him of stealing his song and not giving him credit, to his planned protest action that was interrupted by the Lagos state government who issued out a decree against it and had the DSS arrest him.

He received an honorary fellow of the school of music award from the music department at Obafemi Awolowo University in March 2019. As a result, he became the first honor winner, which was given to him on March 20 at the first public lecture and fellowship award ceremony.

2Baba is estimated to be worth over $22 million. 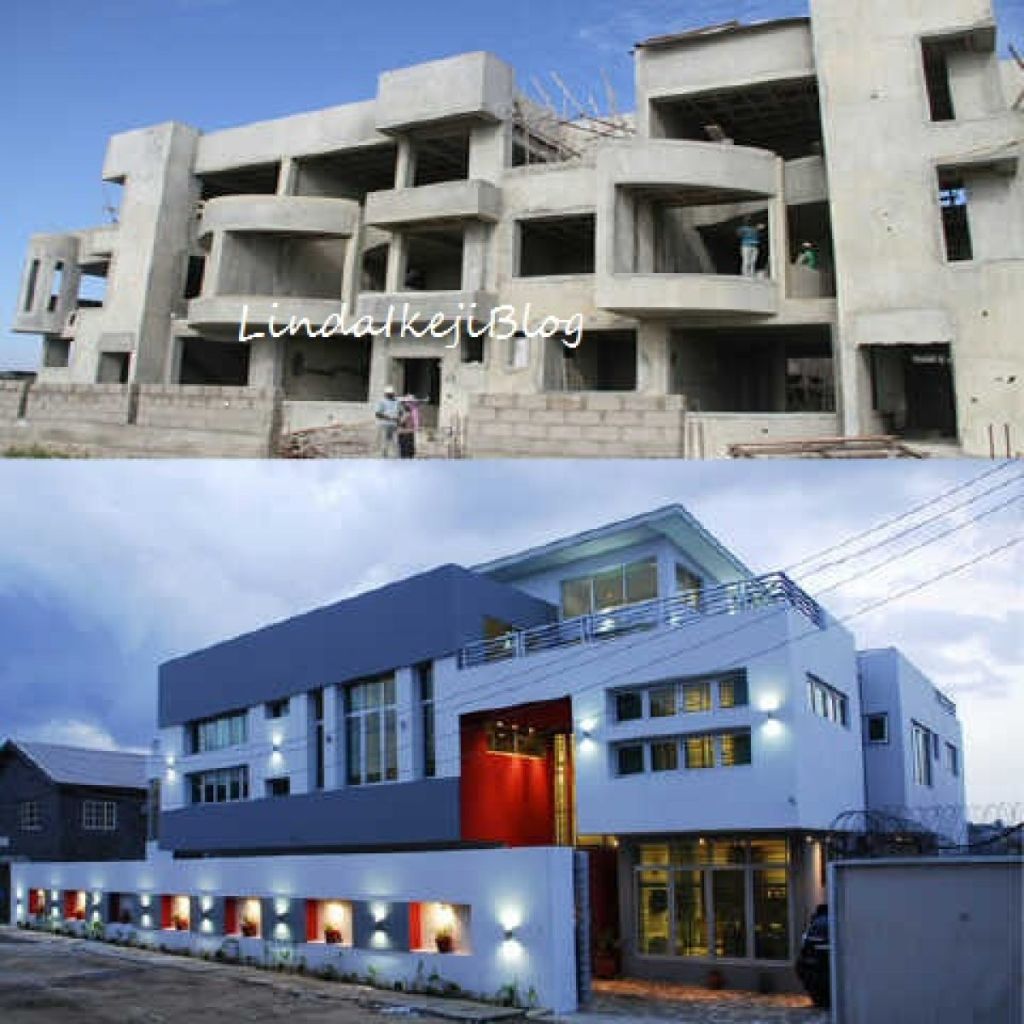 According to reports, he owns a five-bedroom duplex in Richmond Gate Estate and another luxurious house on Banana Island, both worth more than 400 million Naira. 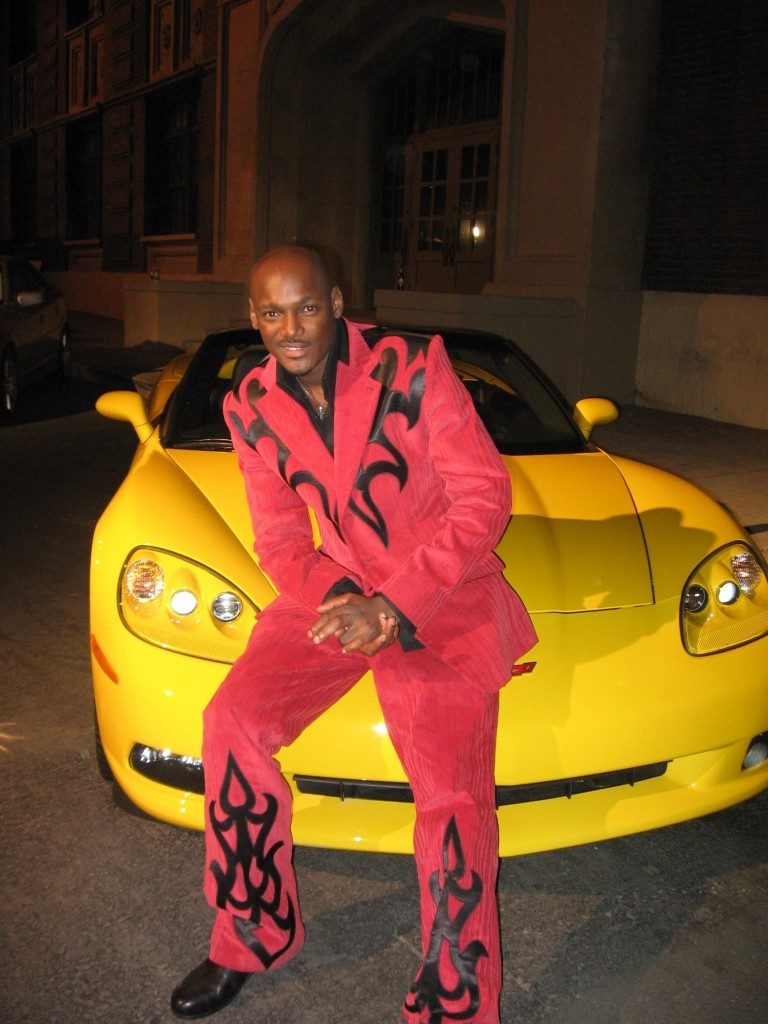 He is said to have purchased a Ferrari valued at more than #50 million, according to sources. Additionally, there are rumors that he has a Range Rover Sport SUV valued at least #27 million, a Bentley worth #70 million, a Mercedes Benz G-wagon worth #45 million, and other expensive vehicles.

When did 2Baba start music?

2Baba started music in 2000 with Plantashun Boiz but started his solo career in 2004.

Where does 2Baba come from?

He is from Benue State and Idoma by tribe

When did 2Baba get married?

In 2012, He married Annie Macauley-Idibia.

Why did Davido unfollow 2Baba?

Does 2Baba have a tattoo?

The names of all of 2baba’s children are inked on his arm.

What does 2Baba mean?

2baba, formally known as 2face took the name to illustrate that there are always two personalities to a living entity; the outside and the inside man hence the name 2face.

How many album does 2Baba have?

How much is 2Baba net worth?

He is worth an estimated $22 million

How tall is 2Baba?

Who is 2Baba's wife?

What tribe's is 2Baba?

He is Idoma by tribe

When is 2Baba's birthday?

Where is 2Baba's wife from?

Which tribe is 2Baba?

Under which record label is 2Baba?

Who is Pero to 2Baba?

Tags
2Baba Featured
Ebuka NwachukwuJanuary 24, 2023Last Updated: January 24, 2023
Check Also
Close
Back to top button
Close
We use cookies on our website to give you the most relevant experience by remembering your preferences and repeat visits. By clicking “Accept”, you consent to the use of ALL the cookies. In case of sale of your personal information, you may opt out by using the link .
Cookie settingsACCEPT
Manage consent 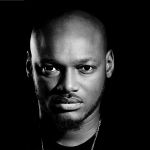