Alicia Augello Cook, known professionally, as Alicia Keys, is an American singer, songwriter, and actress. She is a classically trained pianist who began composing songs at age 12. Columbia Records signed her at age 15. She signed with Arista Records after disputes arose with her label. Later in 2001, she released her debut album “Songs In A Minor” with J Records. The album became a critical and commercial success, selling over 12 million copies worldwide. The album produced to chart-topping single “Fallin” and earned her five Grammy Awards in 2002. She experienced the same success with her second studio album, “The Diary Of Alicia Keys,” which was released in 2003. The critically acclaimed album sold over eight million copies worldwide and produced the hit singles “You Don’t Know My Name”, “If I Ain’t Got You”, and “Diary.” The album also earned Keys four Grammy Awards. Keys has released eight total albums as of 2022 and won 15 Grammy Awards. Having sold over 90 million records worldwide, Keys is one of the best-selling artists in the world.

Alicia Keys became pregnant with her and Swizz Beatz’s first child, Egypt Daoud Dean, after they got engaged in 2010. The child was born (in October) after their wedding in July. Their second child, Genesis Ali Dean, was born five years later (in 2014). She told Harper’s Bazaar in August 2019, ” Motherhood gave me a stronger sense of clarity. I used to be less aware of how I wanted to spend my time and more influenced by other people. After I had my kids, I felt like I had found my North Star. I was less wasteful; I worked more effectively.” 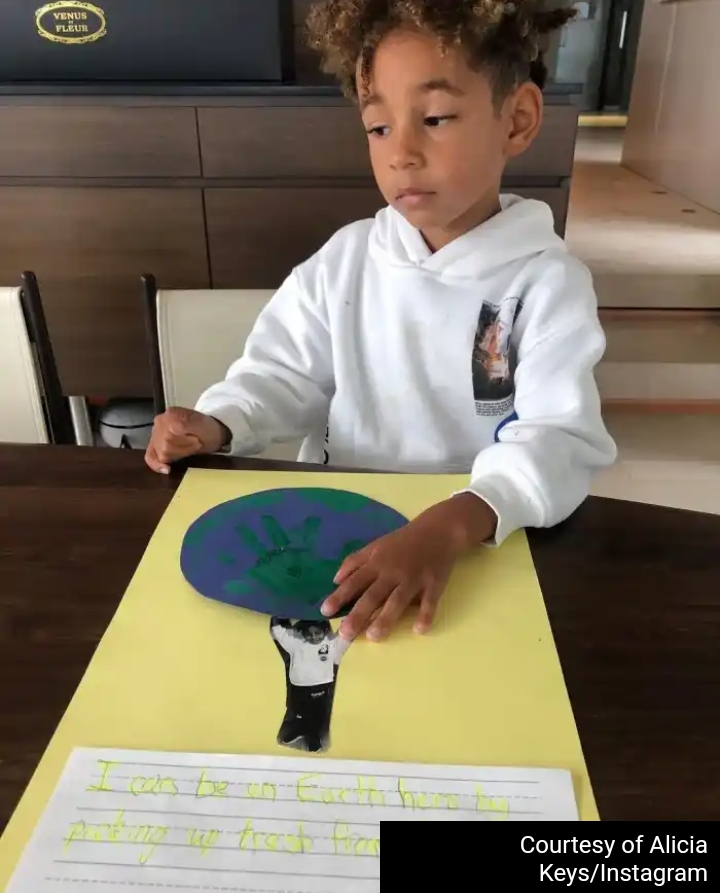 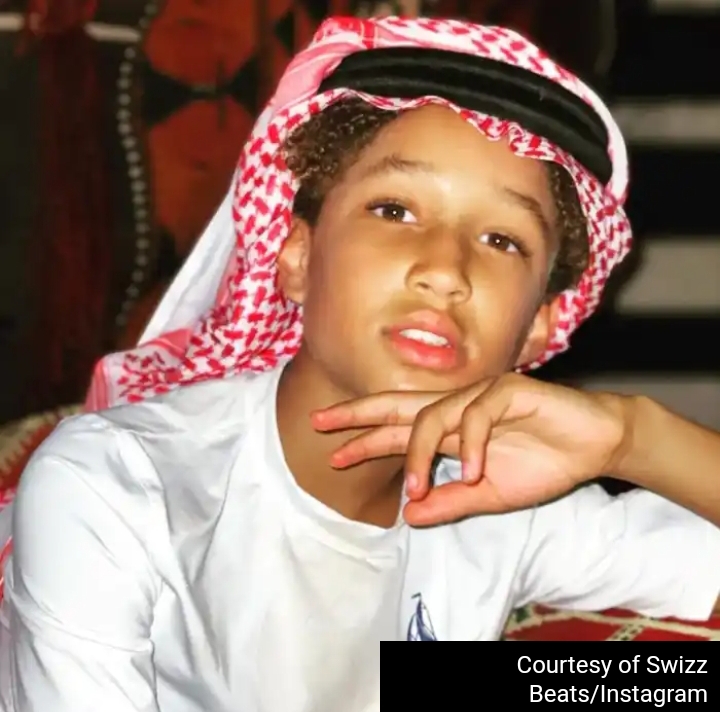 Alicia Keys is married to American producer Swizz Beatz. The couple first met when they were teenagers. Keys was 14, and Swizz was 16. According to her book, “More Myself,” Alicia was never about it. She wrote, “We ended up in the same circles at various awards shows and industry events. He’d usually pull up in some fancy car, rolling deep with his Bronx crew and shining with diamonds. I wanted nothing to do with that scene or with Swizz.”

Things didn’t click when they’d run into each other years later. It wasn’t until they worked on a project together that the feelings began to build. She realized he was deeper than she gave him credit for after chatting with him for some time. Then, she agreed to go to lunch with him. She revealed that while she arrived early, he was late to the date. After the date, she noticed a painting of a grand piano with paintbrushes on the keys strapped to her car. He revealed that that was why he was late. She was the keys in the painting, and he was the paint brushes.

They became serious from there and got engaged in 2010. The same year, Keys found out she was pregnant with their first child a few months before they tied the knot in Corsica.

Alicia Keys is the only child of Teresa Augello and Craig Cook (who has two other children). Teresa was a paralegal, and a part-time actress and Craig worked as a flight attendant. Augello is of Italian, Irish, and Scottish descent, while Cook is African American. Keys’ mother’s grandparents were immigrants from Sciaccia in Sicily and Lamezia Terme in Calabria. Her parents named her after her Puerto Rican godmother. She has stated that she was comfortable with her multiracial heritage because it enabled her to “relate to different cultures.”

Keys was raised in Hell’s Kitchen by her mother after her father left when she was two. She has stated that her parents never had a relationship, and her father was not in her life. She said in 2001, “I’m not in contact with him. That’s fine. When I was younger, I minded about that. [It] made me angry. But it helped show me what a strong woman my mother was and made me want to be strong like her. Probably, it was better for me this way.” She lived with her mother in a one-room apartment, and her mother worked three jobs to provide for them. She stated that her mother anchored her on the right path as many people she knew ended up on the wrong path and in jail.

Her mother played Jazz records of several artists, including Thelonious Monk, Billie Holiday, Ella Fitzgerald, and Louis Armstrong, on Sunday mornings. She stated that those early musical moments were influential in kindling her interest in music and tying her emotions to it. Her mother encouraged her to participate in several extracurricular activities, including music, dance, theater, and gymnastics, to enable her “find her muse.”

Alicia Keys and Swizz Beatz are owners of a modernist home overlooking the Pacific ocean. The couple purchased the house known as Razor House in 2019 and changed its name to Dreamland. According to Architectural Digest, “Keys says the expansive, nearly 11,000-square-foot residence, which overlooks the Pacific Ocean and is rumored to be the inspiration for Tony Stark’s futuristic bachelor pad in the Iron Man movies, is ‘a place to create dreams and to be bold enough to dream your wildest dream—for us to even be here is a wildest dream.”

When did Alicia Keys come out?

Who is Alicia Keys biological father?

Alicia Keys’ biological father is Craig Cook. He worked as a flight attendant while she was growing up.

Alicia Keys is multiracial. She is of African American, Italian, Irish and Scottish descent. Her godmother is Puerto Rican.

Why did Alicia Keys change her name?

How much money does Alicia Keys make?

Alicia Keys’ net worth is estimated to be around $150 million. This is according to CelebrityNetWorth.

Yes, Alicia Keys can sing. Her debut album “Songs In A Minor” featured songs sung in the key.

What race is Keys?

Alicia Keys is multiracial. She is of African American, Italian, Irish, and Scottish descent.

Does Alicia Keys have Jamaican roots?

What is the origin of the name Alicia?

Alicia Keys was named after her Puerto Rican godmother.

No. Alicia Keys and DJ Walton are not related. DJ is the founder of AK Worldwide Inc., responsible for supervising Ms. Keys’ events, performances, etc.

Are Alicia Keys and Beyonce friends?

Alicia has known Beyoncé since she was 13, and the two have remained friends.

Yes. Alicia Keys has been praised for her entertaining live performances.

This is unknown. There are no ties between the two famous women to indicate they are friends.

Alicia Keys’ parents are not married. Her father left when Keys was two years old. She has stated that her parents never had a relationship.

Are Alicia Keys and Jay-Z friends?

Yes. Alicia Keys and Jay-Z are friends. They made music together and have been spotted attending each other’s parties.

Are Alicia Keys and Usher related?

No. Alicia Keys and Usher are collaborators, industry colleagues, and friends. They are best known for their chart-topping collaboration “My Boo.”

Who are Alicia Keys Parents?

What are Alicia Keys Children's names?

Can Alicia Keys play the piano?

Did Alicia Keys do an Allstate commercial?

Is Alicia Keys an only child?

Yes. Alicia Keys is her mother’s only child, who raised her all by herself.

Is Alicia Keys in an Old Navy commercial?

No. Alicia Keys is not in an Old Navy commercial.

Did Alicia Keys and Usher date?

There have been rumors that Usher and Alicia went on several dates in the early 2000s.

Did Alicia Keys play on the Cosby show?

Did Alicia Keys go to college?

No. Alicia Keys did not retire. She released her eighth studio album, “Keys,” in December 2021.

Did Alicia Keys play in empire?

“Empire State of Mind” was written by Alicia Keys, Jay-Z, Angela Hunte, Alexander Shuckburgh, Sylvia Robinson, Bert Keyes, and Janet Sewell-Ulepic.
Tags
Alicia Keys
John Ogba-Ifeakanwa Follow on Twitter August 30, 2022Last Updated: September 1, 2022
Check Also
Close
Back to top button
Close
We use cookies on our website to give you the most relevant experience by remembering your preferences and repeat visits. By clicking “Accept”, you consent to the use of ALL the cookies. In case of sale of your personal information, you may opt out by using the link .
Cookie settingsACCEPT
Manage consent