Ahmed Ololade, famously known as Asake, is a Nigerian Afrobeats and Amapiano singer and songwriter. Asake is signed to legendary Nigerian singer and rapper Olamide’s YBNL Nation and Empire Distribution. Asake’s stage name pays homage to his mother, whose first name is Asake. He first broke into the scene with the hit single “Lady,” released in 2020. He has since released more hits, including “Sungba,” “Sungba Remix,” featuring Burna Boy, “Peace Be Unto You,” “Omo Ope,” “Palazzo,” and more.

Ololade studied Theatre and Performing Arts at the Obafemi Awolowo University in Ile-Ife, Osun State, Nigeria. He began making music professionally in 2015, fusing elements of Hip Hop, RnB, Amapiano, Afrobeats, and Fuji to form his sound. He started as a backup singer on Nigerian comedian and Broda Shaggi’s band. They collaborated on the song “Star” in 2019. His first single, “Lady,” became a success. The song went viral on social media. He released “Mr. Money,” which earned him the nickname. Following the release of “Omo Ope,” he gained Olamide’s attention. He has since signed to Olamide’s YBNL Nation and Empire Distribution and dropped two hugely successful projects, “Ololade Asake EP” and his debut album “Mr. Money With The Vibe.”

Ahmed “Asake” Ololade was born in Lagos State, Nigeria, on January 13th, 1997. He turned 27 years old on January 13, 2022. Ololade was born and raised in a Muslim household. He has not shared many details about his family and his upbringing. The only public thing about his family is that they are of Yoruba descent, and they all live in Lagos, Nigeria.

Asake’s parents are Muslims who religiously raised their son. Asake was raised by his parents, who we suspect are still together.

Not much is known about his father except that he is an entrepreneur. He is also a businessman.

Ahmed Ololade’s mother is a teacher. Her name is Asake. He goes by the name “Asake” in homage to his mother. He has been said to be very close to her. According to reports, he got the nickname in secondary school due to his dance talent, which he used to wow his classmates. It stuck after a while.

Ahmed Ololade was born in Lagos State, Nigeria. He is Yoruba, one of the largest ethnic groups in Nigeria. Asake is one of the 21 percent Yoruba people in the country. He is also a proud Yoruba who showcases his language in his music. Some claim that non-Yoruba indigenes have been forced to learn the language due to Asake’s music. His music blends a mixture of the popular Nigerian pidgin and his local Yoruba language.

While Asake may be the most talked-about musician in Africa and the hottest right now, he seems to keep his romantic relationships away from the public eye. He is yet to unveil anyone as his woman. He has never shared stories about a past flame or someone he may have a crush on. He has kept everything strictly about the music.

The exact estimate of Asake’s net worth is unknown to the public. Neither the singer nor anyone on his team has not shared details about it with the public. However, Asake has had so much success since dropping his first hit. He has dominated the Nigerian party scenes and performed gigs all over the country. He has also toured the world and sold out shows in various countries. This proves that Asake is currently one of the most bankable artists on the continent today.

He is also one of Africa’s most booked musicians, appearing in the lineup for popular festivals and music events at home and abroad. Asake has also amassed over a billion career streams across all credits. The royalties from his music will heap into a fortune. He sold out the O2 Academy Brixton three times. Asake is the first brand ambassador for Pari Match in Nigeria. There is no doubt that he has so much money in the bank.

While Asake is known to be cryptic with the things he shares, seldom sharing videos or photos of his personal life or belongings, he once shared an image of his car. While announcing his new house on social media, he was spotted standing next to a white Range Rover. The car was packed just in front of the house, proving that it also belonged to him. Ololade’s meteoric rise to fame came with many blessings. He announced on social media on August 18, 2022, that he had bought his first house. Asake shared a photo of himself standing next to his new home captioned with an excerpt from his label mate Fireboy DML’s song “Glory” lyrics, “went from hustling for free bed space to investing in real estate.” Several Nigerian media outlets reported that the “Loaded” star bought the home in the prestigious Lekki area in Lagos, Nigeria. Lekki is a well-known residential area for influential Nigerian celebrities.

What is the real name of Asake?

How many streams does Asake have?

In October 2022, it was announced that Asake had amassed over 1 billion career streams across all platforms.

Which tribe is Asake from?

Asake is from the Yoruba tribe in Nigeria.

How much does Asake charge for a show?

Asake is currently one of the most booked Nigerian/African artists. While it is not sure how much he charges per show, there have been rumors that he charges as high as N10 million for a show outside Lagos, Nigeria.

Asake charges as high as 10 million for shows outside Lagos State.

Which school did Asake go to?

What record did Asake break?

How was Asake discovered?

Asake gained more fame after Olamide heard his songs and requested a remix for “Omo Ope.” He was subsequently signed to YBNL Nation.

Is Asake a Nigerian?

Yes. Asake is a Nigerian and Yoruba.

Is Asake on Billboard chart?

Who produces beats for Asake?

Magicsticks produced all the songs on Asake’s debut album.

How did Olamide know Asake?

Asake told Punchng, “one of my friends, Yemolee, played my songs for Olamide to listen to. He liked ‘Omo ope,’ and we did the remix together. After the song and video was released, he asked me to come to the house and casually asked, ‘will you like to join the family?'”

Who are Asake parents?

Asake goes by his mother’s name, Asake Ololade, a teacher. His father is an entrepreneur.

Why is Asake called Mr Money?

Asake gained the nickname “Mr. Money” after releasing the song.

It is unknown if Asake speaks French. He is said to add bits of it in his music.

Asake was not nominated in any categories but performed at the show.

How do you pronounce Asake?

It is pronounced “Ah Sha Keh!”.

Does Asake have a girlfriend?

Asake has not spoken about his romantic relationships.

Does Asake have a child?

Asake has not opened up about his personal life.

Does Asake have a private jet?

No. Asake does not have a private jet.

Does Asake have cancer?

No. Asake does not have cancer.

Does Asake have siblings?

Asake has not spoken about having siblings or shared details about his family.

What does Asake mean?

Asake is a female Yoruba name which means “picked to be pampered or cherished.”

Where does Asake live?

No. Asake has not left YBNL.

Tags
Asake
John Ogba-Ifeakanwa Follow on Twitter December 16, 2022Last Updated: January 3, 2023
Check Also
Close
Back to top button
Close
We use cookies on our website to give you the most relevant experience by remembering your preferences and repeat visits. By clicking “Accept”, you consent to the use of ALL the cookies. In case of sale of your personal information, you may opt out by using the link .
Cookie settingsACCEPT
Manage consent 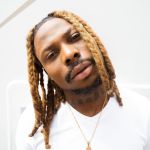