Nigerian Afrobeat musician Michael Adebayo Olayinka, better known by his stage name Ruger, was born on September 23, 1999. Ruger first gained attention in 2021 when he inked a recording contract with D’Prince for “Jonzing World Record,” as well as publishing and distribution agreements with Columbia Records and Sony Music Entertainment UK. His first EP, Pandemic, was made available on March 4, 2021.

From the Pandemic EP, the song “Bounce” went on to become a big smash and debuted at number 39 on the Top 50 chart. It made its debut on the TurnTable End of the Year list at position 20 the same year. His second EP, The Second Wave, which he released on November 19, 2021, was driven by the song “Dior,” which became the first single to reach number one in Nigeria in 2022 along with other African nations. Additionally, “Dior” reached its highest point at number 32 on the Top 50 chart and number 15 on the UK Afrobeats Singles Chart. Ruger’s parents are Mr. and Mrs. Olayinka. Besides that, nothing else is known about his father or mother. Ruger keeps his family and personal life on a serious hush-hush.

Ruger is said to be the only son of his parents. He has other siblings who are girls, but their exact number is what we don’t know.

Ruger’s girlfriend is reported to be Susan Pwajok. The actress, Susan Ganchung Pwajok, was raised in Lagos after being born in the Berom tribe of a plateau state in Nigeria. She works as a model and a social media influencer. She is well-known for playing Blessing in the television series “The Johnsons.” She was nominated for Best Actress in a Comedy Series at the 2017 AMVCA Awards, which she went on to win. According to reports, the couple has been dating for a while and things are going well. In addition to being a trademark, Ruger made it clear that he chose that appearance as a symbol to honor a specific individual who lost one eye but continued living a strong life over all odds. Furthermore, he explained that the eye patch represents being a sniper because a sniper closes one eye to aim at a target, which connects to his name “Ruger,” which is the name of a firearm. Ruger prefers to move low-key. He is probably living a super luxurious lifestyle, but that can only remain an assumption until Ruger’s self-preservation decides to go for a break.

With the release of his song Bounce and Dior, Ruger made his debut in the music business. His net worth increased to $400,000 as a result of the two songs’ publication on various platforms and subsequent deals, including one with Eko Hotels. His career has come a long way thus far, and he will undoubtedly continue to succeed in the years to come. His music business is paying him well, which is a wonderful start for him as he aspires to greater heights in the future.

Ruger lives in a beautiful house in Lagos.  and drives nice cars. Ruger has two cars

Ruger pushes some nice whips. The singer is reported to own two cars but have been seen photographed with more than two different rides.

Are Ruger and Rema friends?

Outside of music, they are or at least seem to be from how much they hang with each other when they get the time.

Are Ruger and Susan dating?

It’s been reported that they are in fact an item.

Of course, he can. The eye patch is merely a style trademark.

No, he has only been nominated.

Does Ruger have a sister?

He does, apparently. Though nothing is known about his siblings. Everything pertaining to his personal life is being kept under wraps.

Does Ruger have a child?

No, he doesn’t have any children.

Does Ruger have tattoos?

Yes, he does. Ruger has a tattoo of his favorite marvel character, Deadpool; a Bible verse, a gun with a silencer and rose flower, his date of birth, his stage name, a dove and a cross among others.

Does Ruger have a girlfriend?

He is reportedly in a relationship with actress and podcast host, Susan Pwajok.

How was Ruger signed?

D’Prince was intrigued by Ruger’s content on Instagram and decided to reach out to him. Shortly afterwards, D’Prince brought him on board his Jonzing World record imprint.

Is Ruger from Kogi state?

Yes, he is a Kogi state native.

Is Ruger under Mavin Record?

No, he isn’t. He exclusively signed to Jonzing World Records.

No, they are not brothers. They’re just industry pals.

Ruger has never been married.

Is Ruger in a relationship?

He is reported to be in a relationship with TV sensation, Susan Pwajok.

Why does Ruger use eye patch?

He chose that appearance as a symbol to honor a specific individual who lost one eye but continued living a strong life over all odds.

What happened to Ruger's left eye?

His left eye is great. He only chooses to hide it behind an eye patch.

Tags
Ruger
Ikedichim Chibundu Follow on Twitter December 8, 2022Last Updated: January 3, 2023
Back to top button
Close
We use cookies on our website to give you the most relevant experience by remembering your preferences and repeat visits. By clicking “Accept”, you consent to the use of ALL the cookies. In case of sale of your personal information, you may opt out by using the link .
Cookie settingsACCEPT
Manage consent 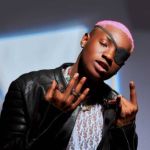