Simisola Ogunleye, known professionally as Simi, is a Nigerian singer and songwriter. Born in the Surulere area of Lagos state, Simi is the last in a family of four. Her parents separated when she was just nine years old.

Growing up, she was a member of her church choir and spent most of her time singing and dancing. She reportedly wrote her first song at the age of ten. But it wasn’t until she released her debut album, “Ogaju” that her music career began properly.

The Mass Communication graduate of Covenant University had a taste of fame in 2014 when her single “Tiff” earned her two nominations at The Headies. Although she didn’t win in either category, she had created a great impression as one of the emerging fine voices in the music industry.

That same year, she released a song titled “Restless,” which earned her a recording deal with X3M. She is no longer with the record label, however.

The Nigerian singer’s real name is Simisola Ogunleye. Her adopted stage name is a contraction of her real name.

Simi is one of the millennials in the music industry in Nigeria. She is currently 34 but will be 35 later in April 2023. 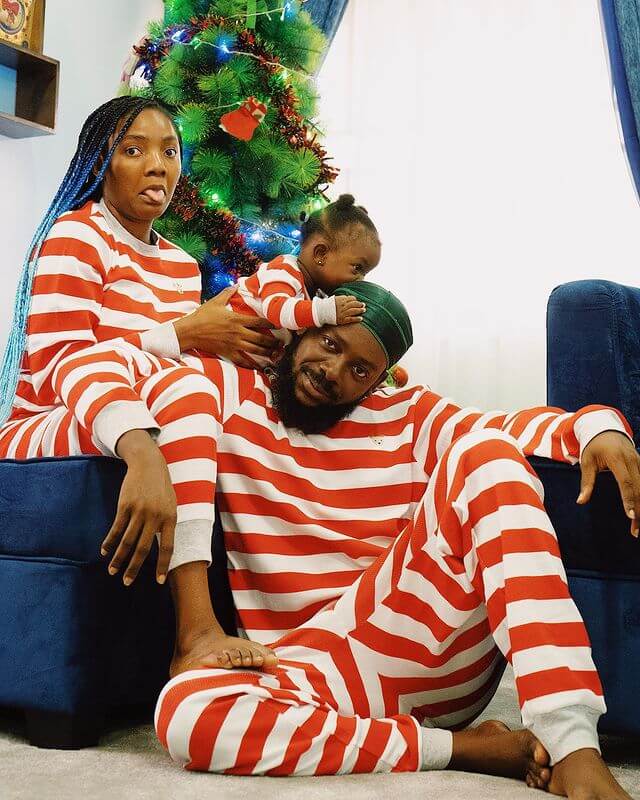 Simi is one of the singers who found love in the industry and eventually got married to a fellow musician. Her husband is Adekunle Gold. The pair have collaborated previously. Besides being husband and wife, the couple evinces great musical synergy when they work together.

The “Duduke” songstress has a child with Adekunle Gold, a girl whom they named Adejare Kosoko. However, Simi fondly calls her child Deja. She was born in 2020. 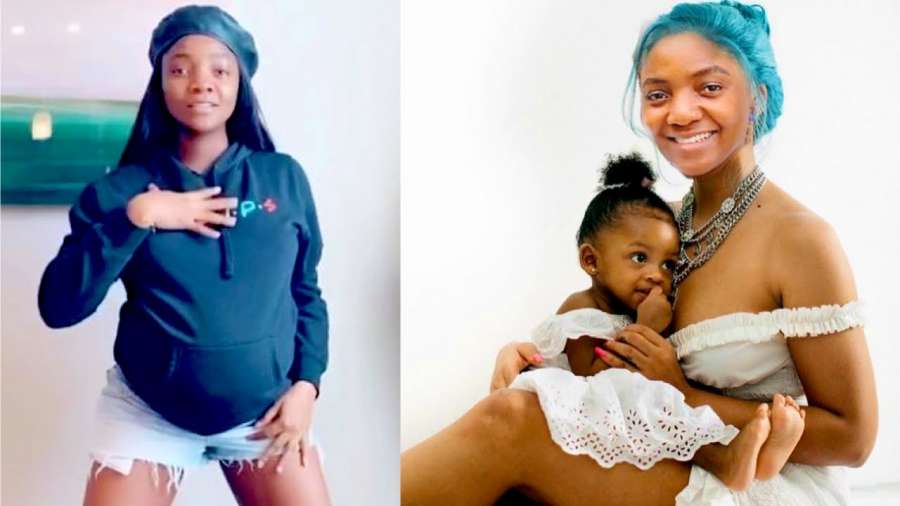 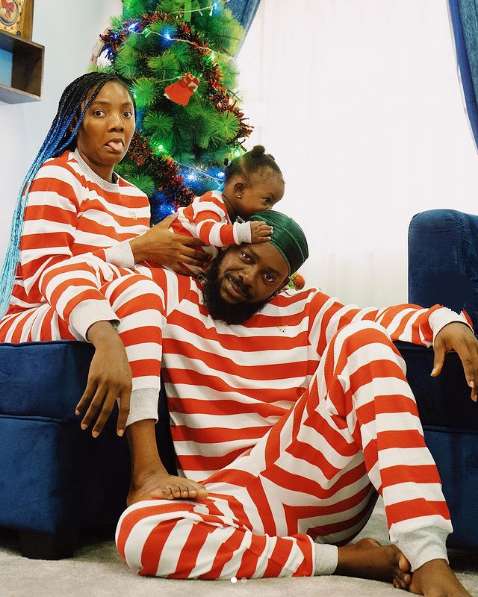 Simi is the youngest of four children born to parents who divorced when she was nine – as she recalled in an interview years ago.

Simi is not your wild celeb who is always in the news for flaunting wealth or for something disgraceful. Instead, she is on the lowkey side of the ride despite being rich.

Simi has done well as a singer and has an impressive net worth by Nigerian standards. The songstress reportedly has a net worth of about $1.5 million. Converted to naira, you have hundreds of millions. 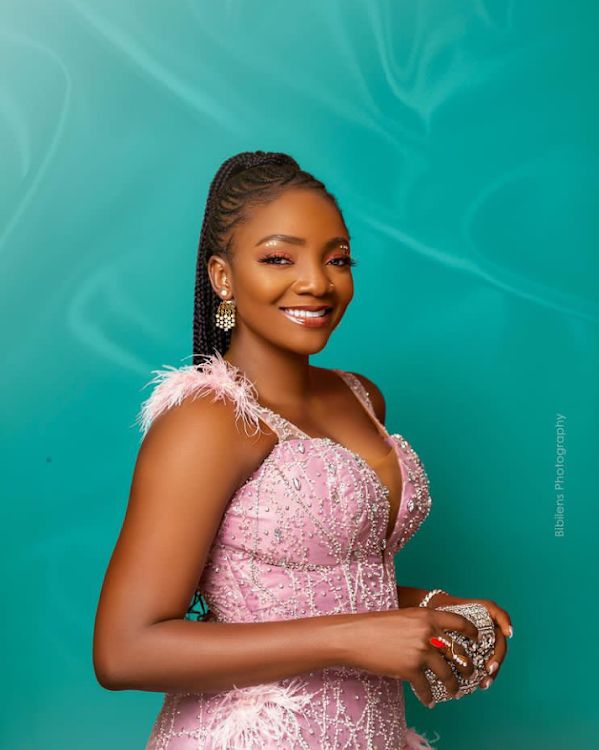 Simi lives in the same house as her husband Adekunle Gold. Both are said to live in the highbrow Lekki area of Lagos. Their apartment has been described as luxurious, with several amenities, including a swimming pool. It also has a recording studio.

Unlike most celebs, Simi is not loud regarding her worldly goods, including her cars. She doesn’t flaunt. However, she is said to own a Jeep Wrangler and a Mercedes Benz GLB. 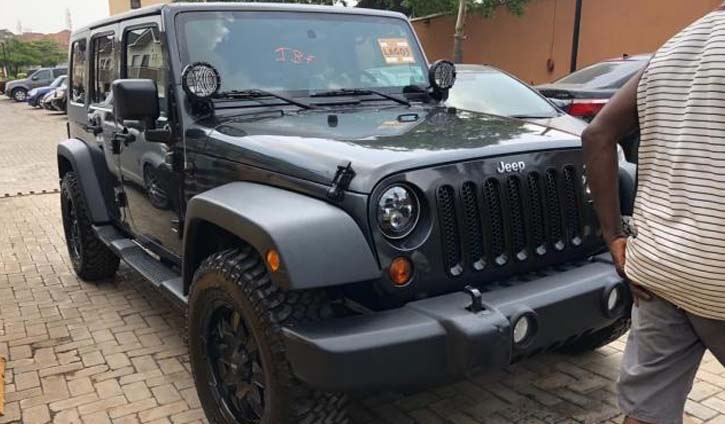 For one who has been pretty consistent with her craft and shown remarkable artistry, the songstress should inevitably be nominated for and eventually win several awards.

Although she was nominated for the Nigerian Music Video Awards and The Headies the same year in several categories, she failed to win anyway.

In 2016, she returned to winning form, clinching the City People Entertainment Awards in the Female Artiste of the Year category for which she had nominated herself. In addition, she also won the Nigerian Teen Choice Awards in the Choice Upcoming Female Artist category.

Her awards are, of course, not limited to these.

Simi’s discography encapsulates several albums and an extended play. Back in 2008, she released an album titled “Ogaju.” Eight years later, in 2016, she followed it up with “Chemistry,” a collaborative project with Falz.

In 2017, she released an eponymous album titled “Simisola.” She suffered an album drought in 2018 but managed to treat fans to another project titled “Omo Charlie Champagne, Vol. 1” a year later. In 2020, she released an EP titled “Restless.”

Simi is currently working on a new album. She has shared clips of herself recording in the studio. In one of the clips, she joked that the album might not be ready until 2025 because Deja is distracting her in the studio.

The word out there is that they dated, but they both denied ever dating. Simi is married now and would rather not dwell on the subject.

Does Simi have a child

Does Simi have a tattoo

Yes, she has a tattoo affirming her love for Adekunle Gold. Her tattoo (which she got alongside her husband) was done soon after Davido and Chioma affirmed their love for each other with tattoos

Are Simi and Teni sisters

No, they are not. They are merely associated with music and are doing great individually.

Is Simi from Owo in Ondo state

Yes, she is from Owo in Ondo state, but she wasn’t born there.

No. Jide Kosoko is an uncle to Simi’s husband, Adekunle Gold.

Is Simi married to Adekunle Gold

Yes, Simi is married to Adekunle Gold. The two married years ago in a quiet wedding that took many by surprise. Before then, they were Facebook friends and dated for a while.

Who is Simi's husband?

Simi’s husband is no other than the Nigerian singer and songwriter Adekunle Gold.

Yes. She is active on Instagram with the handle @symplysimi

How many followers does Simi have?

Simi has an impressive following on all social media platforms. On Instagram, she has 11.3 million followers at the time of writing. Her Twitter follower numbers are equally remarkable – at 5.1 million.

How many children did Simi give birth to?

Simi has just a child at the time of writing. Details about the kid are in the next section below.

What is the name of Simi child?

Simi and Adekunle Gold have a daughter named Adejare Kosoko.

Who are Simi parents?

Simi’s parents are Mrs. Jedidiah Ogunleye and Mr. Charles Oladele Ogunleye. The couple divorced when Simi was nine years old, and her mother singlehandedly raised her.

How did Simi meet Falz?

They both met on social media. According to Simi’s account, the lawyer-turned-musician listened to one of her songs and reached out to her on Twitter. They have been friends and collaborators since then.

What is the meaning of Simi in Yoruba?

The name “Simi” is said to mean to “rest” or to “relax.” Some sources provide meanings entirely unrelated to those given below.

Is Falz in love with Simi?

It can’t be established he was in love with her since he has publicly denied dating her, and Simi herself has denied ever dating him. The verdict is the same from both sides: We were just friends.

How did Simi get famous?

By doing what she loves: singing. She started as a gospel singer but switched along the line. Today, many wouldn’t remember she was once into gospel music.

Tags
Featured Simi
John Anusie Follow on Twitter January 24, 2023Last Updated: January 24, 2023
Check Also
Close
Back to top button
Close
We use cookies on our website to give you the most relevant experience by remembering your preferences and repeat visits. By clicking “Accept”, you consent to the use of ALL the cookies. In case of sale of your personal information, you may opt out by using the link .
Cookie settingsACCEPT
Manage consent