Willard Carroll Smith II, best known as Will Smith of Fresh Prince, is an American actor, rapper, and producer. From 1990-1996, Smith first gained prominence starring as a fictionalized version of himself on the NBC Sitcom Fresh Prince Of Bel-Air. For his work in the entertainment scene (film, television, and music), Smith has received numerous accolades. Smith is the recipient of an Academy Award, four Grammy Awards, a Golden Globe, and a Screen Actors Guild Award. He has received nominations for a Primetime Emmy Award and a Tony Award. Having grossed over $9.3 billion in film (as of 2021), Smith is one of Hollywood’s most bankable stars. 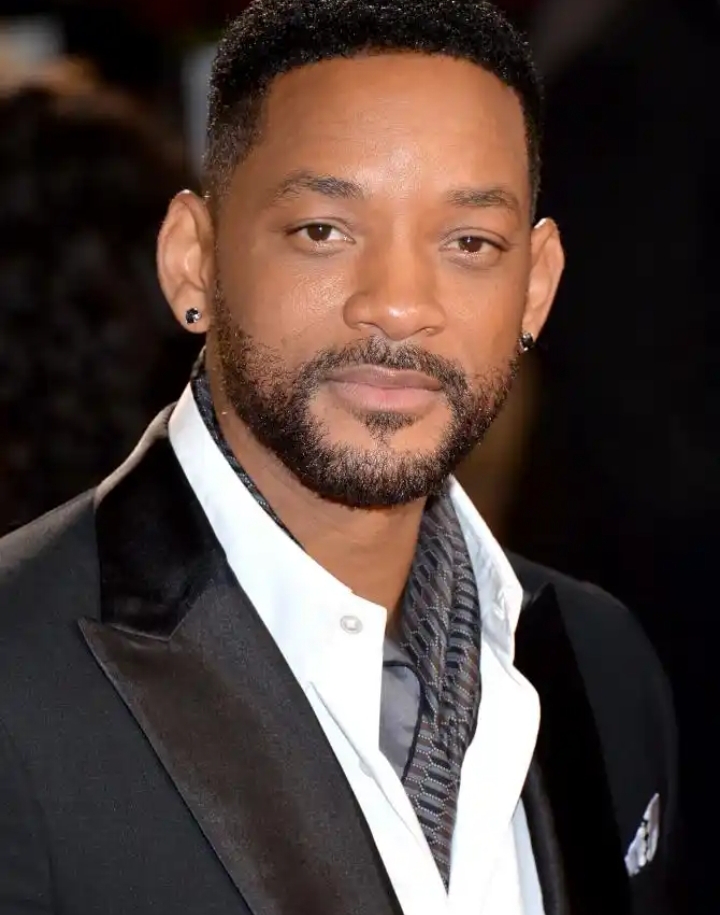 His portrayal of Muhammad Ali in the film “Ali” earned him an Academy Award nomination in 2001. He also got another Academy Award nomination for starring as Chris Gardner in “The Pursuit of Happiness” in 2006. He won the Academy Award, a BAFTA, a Golden Globe, and a Screen Actors Guild Award for “Best Actor” for his portrayal of Richard Williams in the film “King Richard.” Smith also starred in the hit films “I, Robot,” “Shark Tale,” “Hitch,” “I Am Legend,” “Hancock,” “Seven Pounds,” “Suicide Squad,” and “Aladdin.”

Smith gained prominence as part of the music duo DJ Jazzy Jeff from 1984 to 1994. He kicked off his solo music career in the Summer of 1997 with the release of “Men In Black,” the film’s theme song. The song topped charts in countries across the world, including the UK. The song and the second single, “Just Cruising’ ” were included in his debut solo album “Big Willie Style.” The album peaked within the top 10 of the Billboard 200 chart and was certified nine times platinum. His third single, “Getting’ Jiggy Wit It,” released in 1998, became his first number one single. Smith’s second album “Willenium” was also supported by a film theme song, “Wild Wild West,” featuring Dru Hill and Kool Moe Dee. It peaked at number 5 on the Billboard 200 and was certified double platinum. He released a third album “Born To Reign,” in 2002. The album was certified Gold. His first compilation, the “Greatest Hits” album, was released later that year. He released the number six-peaking Billboard 200 album “Lost and Found” in 2005. 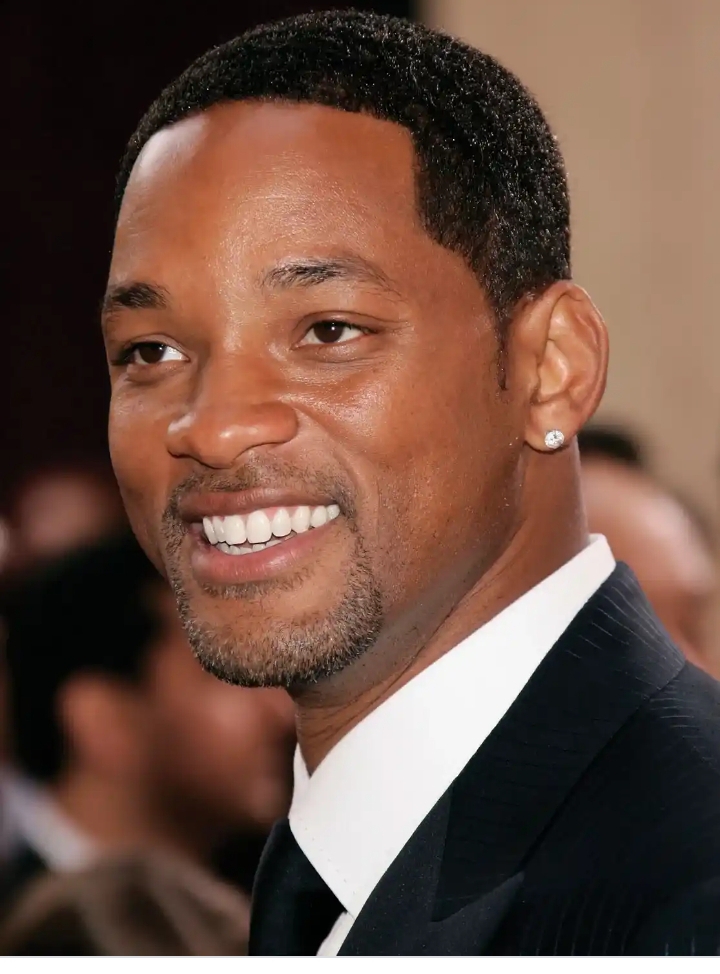 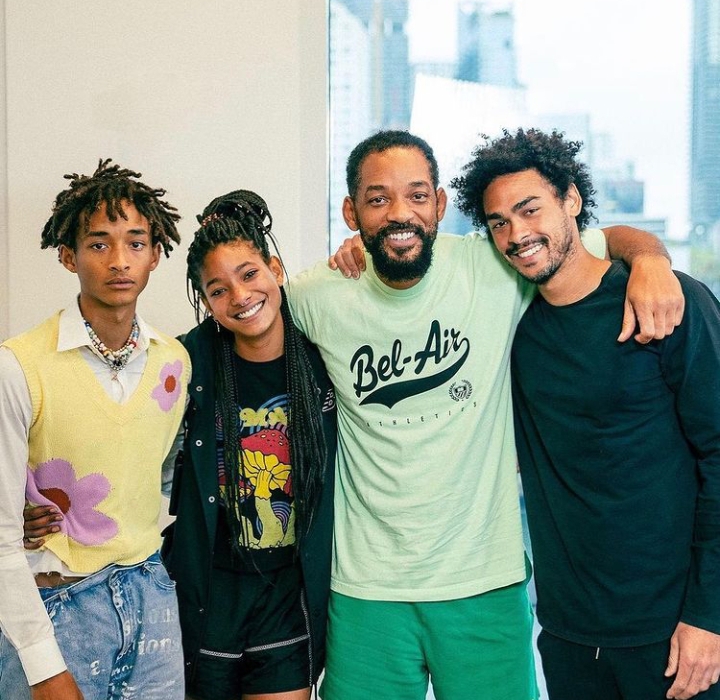 Smith is the father of three children. His first son, Willard Carroll “Trey” Smith III, was born in 1992 while married to Sheree Zampino. In 1998, Trey appeared in Smith’s music video for the song “Just The Two Of Us.”

After marrying actress Jada Pinkett, he welcomed his second child, a son named  Jaden Christopher Syre Smith, in 1998. Jaden starred as Smith’s co-star in the films “The Pursuit Of Happyness” and “After Earth.” Jaden is an actor and a rapper.

In 2000, Smith and his wife, Jada Pinkett, welcomed their second child, Willow Camille Reign Smith. She appeared as his daughter in the film “I Am Legend.” Willow is a singer and an actress. 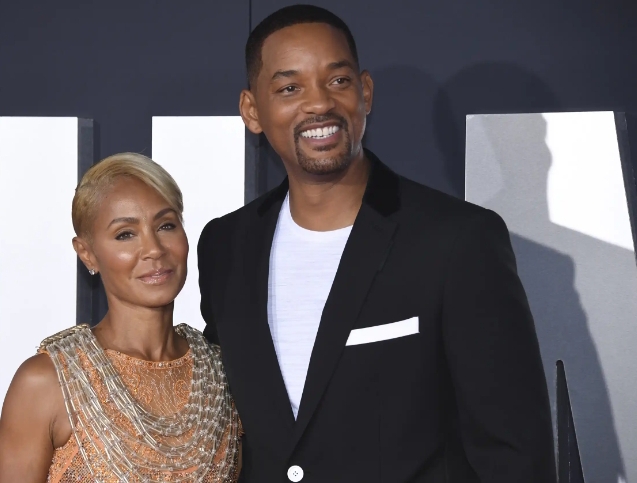 In December 1998, Smith married actress, Jada Pinkett. The couple met when Pinkett auditioned for a role as Smith’s girlfriend in the hit show “Fresh Prince of Bel-Air.” They have also been in business together, producing films through their joint production company, Overbrook Entertainment and Westbrook Inc. The couple has two children, Jaden Smith (born in 1998) and Willow Smith (born in 2000). Both Willow and Jaden are in the entertainment business. They have been in films with their father.

Will and Jada have stated that they involve in unconventional marriage practices. They’ve called their union a “bad marriage for life.” They have both admitted to having extramarital relationships and supporting each other for having them. Smith shared that he wanted relationships with Halle Berry and Misty Copeland, but with therapy, he abandoned the idea.

Smith’s parents raised him Baptist. They separated when he was 13 and divorced in the year 2000.

Will Smith’s father, Willard Carroll Smith Sr., is a US Air Force Veteran and a refrigeration engineer.

According to Hello Magazine, Smith and Pinkett live in a house worth $42 million. The house is located in the star-studded neighborhood of Calabasas. According to the article, “the estate was fully completed in 2010 and has some seriously impressive facilities, including basketball, volleyball, and tennis courts, its very own lake, and an outdoor pool.”

Is Will Smith a millionaire?

Who is Will Smith's wife?

Why was Will Smith in India?

Will Smith reportedly went to India to India to visit Sadhguru, known to be close to the actor. His visit was for a spiritual purpose. He reportedly spent time at Sadhguru’s ashram in Tamil Nadu.

What kind of cars does Will Smith have?

Will Smith owns a Rolls-Royce Ghost: a full-sized sedan with a V12 engine rated for 563 horsepower. He also owns a Mercedes-Maybach 57S sedan.

How much does Will Smith make a day?

How old was Will Smith when he had his first child?

Does Will Smith have kids?

Does Will Smith have a private jet?

Will Smith and his family own a private charter plane.

Where is Will Smith house?

Will Smith’s $42 million home is located in the star-studded neighborhood of Calabasas.

How many bedrooms are in Will Smith's house?

How much does Will Smith make per TikTok?

FanFest reported that Will Smith made $21,000 based on the number of his TikTok followers, 21.3 million.

Who is Will Smith's ex-wife?

Will Smith’s ex-wife is Sheree Zampino.

Is Bel Air based on a true story?

Bel-Air is based on a fictionalized version of Will Smith.

How much is the Smith family worth?

How Tall Is Will Smith?

Does Will Smith have a yacht?

Smith once chartered a luxury yacht named Mischief for his family. They were joined by Denzel Washington.

Is Will Smith a pilot?

Yes. In 2020, Will Smith took his check ride and passed with flying colors.

Are Will and Jada still married?

Yes. Will and Jada are still married. They jokingly called their marriage a “bad marriage for life.”

Who is Will Smiths daughter?

Will Smith’s daughter is actress and singer Willow.

How old was Will Smith in Fresh Prince of Bel-Air?

Who lives in The Fresh Prince of Bel-Air house?

In 2020, to celebrate the show’s 30th anniversary, fans could rent a wing of the house on Airbnb.

Did Will Smith move to Bel-Air?

No. Will Smith did not move to Bel-Air.

Is Will Smith still acting?

Yes. Will Smith is still acting. His last film, “King Richard,” earned him many awards, including an Oscar, a BAFTA, and more.

Tags
Will Smith
John Ogba-Ifeakanwa Follow on Twitter July 18, 2022Last Updated: July 18, 2022
Check Also
Close
Back to top button
Close
We use cookies on our website to give you the most relevant experience by remembering your preferences and repeat visits. By clicking “Accept”, you consent to the use of ALL the cookies. In case of sale of your personal information, you may opt out by using the link .
Cookie settingsACCEPT
Manage consent