Titi Abubakar, the wife of Atiku Abubakar, the presidential candidate for the People’s Democratic Party (PDP), stated that since the All Progressives Congress (APC) government under Muhammadu Buhari took office, Nigerians had become poorer and urged them to vote out the party in the upcoming general elections, which was what she had in mind when she encouraged Nigerians to vote the same party she condemned.

Wife to Atiku, Titi Abubakar, has just urged Nigerians to vote APC on February 25th next year. In all honesty, this is obviously a slip of tongue, but we hold the view that it is unreasonable to make a mountain out of such molehills, especially when you quickly correct yourself! pic.twitter.com/zIePlqSkEv

At a town hall gathering with PDP leaders and women’s support organizations in Lagos State on Wednesday, Abubakar made this statement. She lamented the poor status of the economy, which, in her opinion, has had a detrimental impact on the cost of living and the pricing of commodities nationwide. She claimed that the APC didn’t have an answer to the problems plaguing the nation.

She promised that Atiku would reorganize the nation and implement genuine federalism if Nigerians supported the PDP and its presidential candidate in the elections. She said that Atiku wanted to “restructure” Nigeria’s problems and that this was the only feasible course of action.

She also pledged that if Atiku were elected president, he would select 30% of women to his cabinet and provide 10% of minister of state roles to young people. Olabode George, a former deputy national chairman of the PDP, also spoke at the event. He warned the incumbent government to respect Nigerians’ choice in the presidential election, stating that it was clear that the APC had let the country down with its broken promises.

Tags
Atiku Abubakar Titi Abubakar
Ikedichim Chibundu Follow on Twitter December 19, 2022Last Updated: December 19, 2022
Check Also
Close
Back to top button
Close
We use cookies on our website to give you the most relevant experience by remembering your preferences and repeat visits. By clicking “Accept”, you consent to the use of ALL the cookies. In case of sale of your personal information, you may opt out by using the link .
Cookie settingsACCEPT
Manage consent 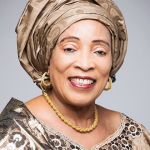