Chris Brown disputes the assertions made by the event’s organizer that he abruptly backed out of a benefit performance for hurricane Ida and Nicholas victims. Brown is donating in its place to help the neighborhood.

The performance was slated to take place on March 19 at Houston’s Toyota Center. According to TMZ, Brown abandoned the event as it became known that Bryson Tiller wouldn’t be able to attend, which went against the terms of the agreement Brown had with the occasion. Two days prior, an email apparently from Brown’s legal team advising the company was received.

At a recent press conference, LaJuan Bailey, whose company hired Brown to perform at the concert, claimed that she had paid Brown more than $1 million in fees upfront despite the fact that he never showed there.

“I acted in good faith and sponsored this concert out of love and respect for residents in need,” said Bailey. “I am appalled that Chris Brown refuses to refund my money for a show he did not appear to after we announced our show and sold tickets.”

According to reports, negotiations between the two sides are ongoing to resolve the issue.

Tags
Chris Brown
Ikedichim Chibundu Follow on Twitter July 28, 2022Last Updated: July 28, 2022
Check Also
Close
Back to top button
Close
We use cookies on our website to give you the most relevant experience by remembering your preferences and repeat visits. By clicking “Accept”, you consent to the use of ALL the cookies. In case of sale of your personal information, you may opt out by using the link .
Cookie settingsACCEPT
Manage consent 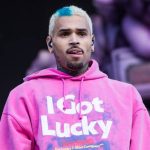