Multi-award-winning artist, Chris Brown is set to return to Drai’s Las Vegas after a seven-year absence. The artist who was one of the headline performers at the 2015 concert series will not return under a different deal.

The new multi-year residency deal means Chris brown will now be a regular sight for clubgoers at Drai’s nightclub in las vegas. 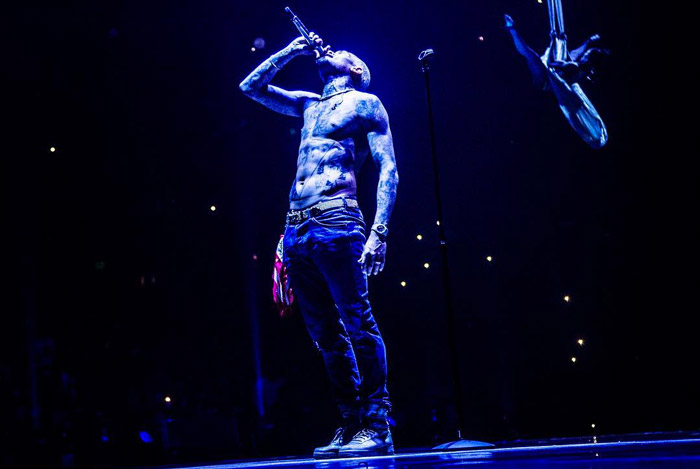 Making the announcement, Dustin Drai the Vice President of entertainment at Drai Management described Chris Brown as an artist who help define Drai LIVE.  “Chris Brown helped define Drai’s LIVE and what has become an unmatched lineup of residency performers on the Las Vegas Strip,” said Dustin Drai.  “He’s one of the most dynamic live performers today, and we’re thrilled to welcome him back with a production that’s set to deliver an unprecedented fan experience”, the statement concluded.

This is the second major announcement from the R&B superstar’s camp. Chris Brown had earlier on May 9 announced that his new album would be dropping in June 2022. There is now the likelihood that his performances at Drai’s concert would heavily songs from the new album.

Following the latest announcement, Chris Brown’s premier concert has now been scheduled for June 11, with subsequent concert dates to be announced at a later time. The 2022 concert series is set to feature performances from Lil Baby, Big Sean, Gucci Mane, and Lil Waye.

Tags
Chris Brown Drai LIVE
Olumide JokotadeMay 16, 2022Last Updated: May 16, 2022
Check Also
Close
Back to top button
Close
We use cookies on our website to give you the most relevant experience by remembering your preferences and repeat visits. By clicking “Accept”, you consent to the use of ALL the cookies. In case of sale of your personal information, you may opt out by using the link .
Cookie settingsACCEPT
Manage consent