Chuu, a former member of LOONA, has released her first comment in public following her termination by the group’s agency Blockberry Creative last week. Last night (November 29), Chuu shared the statement on her Instagram story. She started off by thanking her followers for their “concern and comfort” and for putting their faith in her.

She continued: “As I have not received any contact regarding this series of situations or know anything about them, I’m currently grasping the situation, but what I’m sure of is that I haven’t done anything that would be shameful to my fans.”

Blockberry Creative, the group’s agency, removed the idol from LOONA last week (November 25). According to the agency, Chuu’s “violent language and misuse of power toward our staff” was the reason for her “expulsion” from the group. Fans and some business people who had previously worked with the idol and the group as a whole responded negatively to the move online and expressed suspicion.

Chuu missed most of the group’s 2022 events, including their ‘LOONATHEWORLD’ tour, which began in August. According to a Wikitree story from earlier this March, Chuu also sued Blockberry Creative to have her contract suspended; last week, the Korea JoongAng Daily reported that Chuu had ‘partially’ won this legal battle.

LOONA has 11 members left as of right now. Nine of them—HeeJin, HaSeul, YeoJin, Kim Lip, JinSoul, Choerry, Yves, Gowon, and Olivia Hye—were said to have filed injunctions after Chuu was fired to suspend their contracts with Blockberry Creative, according to a report by news channel JTBC yesterday.

Tags
Chuu LOONA
Ikedichim Chibundu Follow on Twitter November 30, 2022Last Updated: November 30, 2022
Back to top button
Close
We use cookies on our website to give you the most relevant experience by remembering your preferences and repeat visits. By clicking “Accept”, you consent to the use of ALL the cookies. In case of sale of your personal information, you may opt out by using the link .
Cookie settingsACCEPT
Manage consent 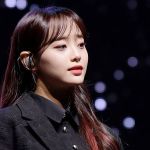