Questlove is regarded as one of Hip Hop’s finest drummers, and his influence is unparalleled. Not only is he a member of The Roots, one of the most prestigious Hip Hop groups, but he also continues to shine on late-night television and at the turntables. His DJ abilities are nothing to sneeze at, as seen by the frequent requests for him to DJ private events for his famous pals, such as Barack and Michelle Obama.

The former president recently posted his annual playlist, demonstrating his familiarity with current music trends. Questlove claimed that a recent party at which he served as DJ for the Obamas didn’t go as planned. “I’m sorry…he hates when I tell this story,” he told Distractify, making reference to Obama.

“One of the worst DJ gigs of my life was DJing Obama’s last week at the White House,” explained Questlove. “It turned out to be a lesson that I didn’t know I needed to learn. I say it’s the worst DJ gig of my life and he [Barack] says, ‘That’s nonsense. We had the time for our lives.’ But what I wanted to do didn’t happen.”

Watch a 2018 video of Questlove discussing how performing for Obama nearly led to his complete resignation.

Tags
Questlove
Ikedichim Chibundu Follow on Twitter July 28, 2022Last Updated: July 28, 2022
Check Also
Close
Back to top button
Close
We use cookies on our website to give you the most relevant experience by remembering your preferences and repeat visits. By clicking “Accept”, you consent to the use of ALL the cookies. In case of sale of your personal information, you may opt out by using the link .
Cookie settingsACCEPT
Manage consent 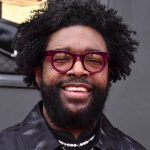